Based in U.S since 1988, Dominique Crenn, the only woman in the country with a two-star Michelin restaurant: Atelier Crenn in San Francisco, talks to Ishay Govender-Ypma about her home town of Brittany, France, DNA testing and calls out the BS amongst chefs.

I go for it and never think: “what will I do if it doesn’t work?” When you are passionate about something, there is no question about it. Cooking came so naturally to me. I did not go to school for it and I was not really thinking: “Hey, maybe I should try to be a chef”. Life happened and it was the right thing.

Brittany is a special place. It is a beautiful part of France that I often feel the world does not know about. My parents were born on the coast. There is the sea with beaches that are not manicured, there is the wind and there is the roughness of the coast. The food is very straightforward – the lobster is all about the lobster, for example. And the seafood is some of the best in the world. There are some similarities with San Francisco – the water, the seafood, the vegetables, the people, the diversities and the farmers. The people of Brittany are very proud of who they are.

I write words, I do not know if I am a poet. When I was four-years-old I started writing my emotions through poetry. When you put words on a menu to express an emotion, it’s an important connection with the dish. Like a storyline – that’s how I want to express myself. Maybe some people like it, or some people don’t.

I think it’s natural to support your community or people who make such an incredible impact on the environment and the soil. I chose to work with local farmers and grow with them. If you are conscious about the planet then you should be conscious about everything else – like vegetables have to be a part of what you celebrate. At a restaurant, people think the vegetables are not expensive so it is not really important. We need to think differently. 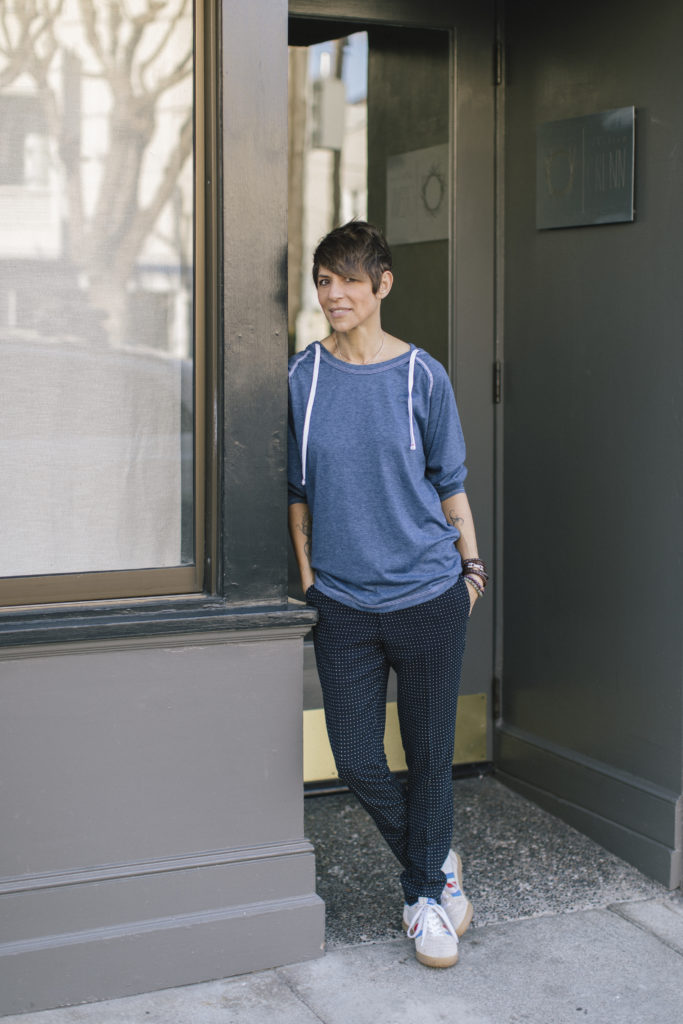 The Basque Culinary Center is a think tank of chefs and people in the industry. I was brought on board last year. Our goal is to talk and perhaps bring ideas to the forefront of the future of food. It’s a conversation between people about what matters and what is going on in the food industry. It is a very rich and very fulfilling role for me.

A good leader shouldn’t come across as a boss. You have to understand the kitchen and individuals. I think that way we can create more synergy. It is about teamwork, that is what’s important for us.

We have to find our own balance. Sometimes society puts pressure on us. If you do not work your ass off and you do not work a lot, then society looks at you like you are lazy. It is unnecessary to think that way – who are we to judge others?

I get really inspired by all kinds of people. Juan Conteras, my pastry chef [featured in her magnificent tome Atelier Crenn: Metamorphosis of Taste, Houghton Mifflin Harcourt] – is one of my biggest influencers and mentors. He inspires me every day, for the last 11 years.

Who says a woman cannot have a family and a career? Those are stupid things to say. My mum was a professional and she was also a mother. It is not only the media but people in general who need to start having a different conversation and different narrative and educate themselves about this. Why [do] we only ask the woman? Having a family happens on both sides*, instead we say “women this, women that.”

*Crenn is an outspoken LGBTQIA advocate, who along with her partner, Katherine, has two daughters.

I have always been very attracted to Africa. Before I did a DNA test [Ancestry tests help establish your family’s genealogy and lineage], I did not know much about my [ethnic] heritage. My results reveal I am 61 per cent from Europe and also from North Africa and Southern Africa, so Africa is very much inside my blood.

There’s too much bullshit around celebrity status. Unfortunately, there are a lot of people in my industry who don’t have their heads on their shoulders and they get so much pressure from whatever they think they need to be. It takes away from why we are cooking. We are cooking because it is giving back to our community, we are bringing people together, it’s supporting the farmers. Instead, it’s becoming a competition – who is better than the other? That’s crazy. 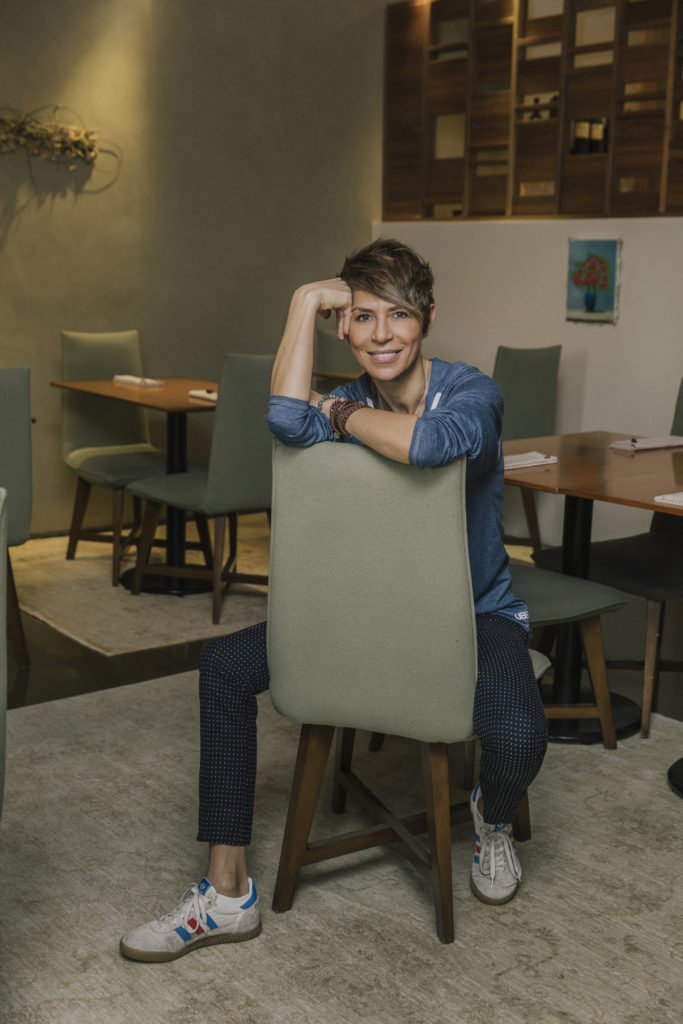