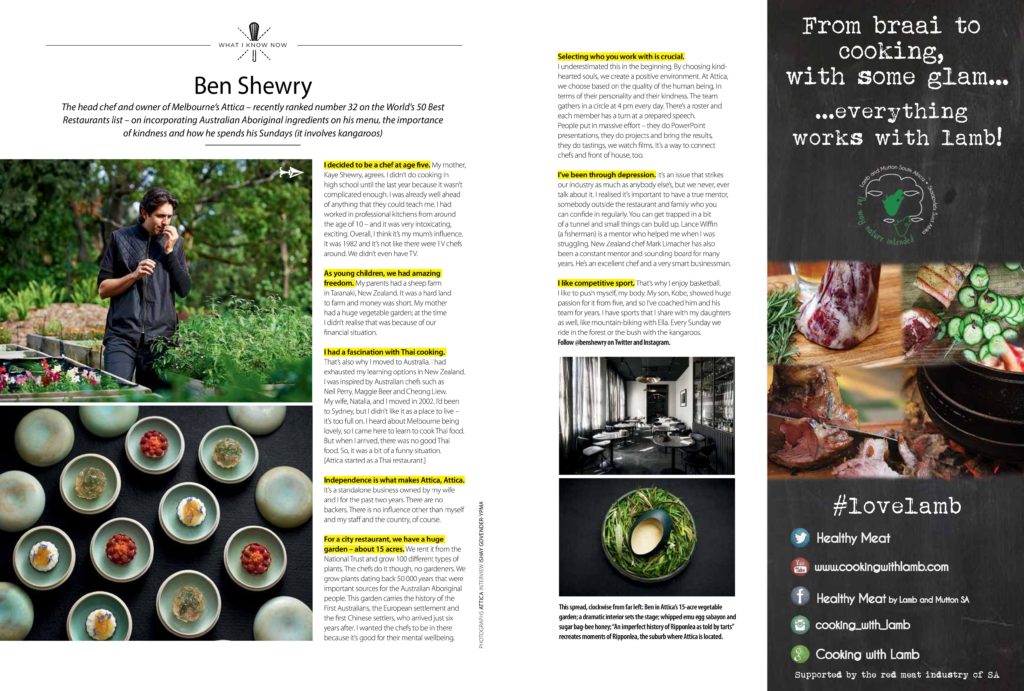 Ben Shewry, head chef and owner of Melbourne’s Attica is known for his thoughtful dishes incorporating Australian Aboriginal ingredients and his generosity to staff and colleagues. We caught up with him during the World’s 50 Best Restaurant Awards in the city, where Attica ranked at number 32.

I decided to be a chef at age five. It’s very clear. My mother [Kaye Shewry] agrees. My whole life that’s what I worked towards. I didn’t do cooking in high school until the last year because it wasn’t complicated enough. I was already well ahead of anything that they could teach me. I had worked in professional kitchens from around ten-years-old – and it was very intoxicating, exciting. Overall, I think it’s my mum’s influence. It was 1982 and it’s not like there were television chefs around. We didn’t even have a television.

As young children, we had amazing freedom. My parents had a sheep farm in Taranaki, New Zealand. We had steeps hills, what Australians would call mountains, and this undulating land had so much erosion. It was a hard land to farm and money was short. My mother had a huge vegetable garden, but I didn’t realise at the time that was because of our financial situation. But I have incredible parents and they added a lot of fun things. We were making toys, exploring – we had a lot of space; only half of the farm was arable farmed-land and the other half was native bush with wild plants and animals. I remember taking trips and staying out there with my sister.

I had a fascination with Thai cooking. That’s also why I moved to Australia. I had exhausted my learning options in New Zealand. I was inspired by Australian chefs like Neil Perry, Maggie Beer, also Cheong Liew. I moved in 2002 with my wife, Natalia. I had been to Sydney and David Thompson [Long Chim (multiple branches); Nahm in Bangkok] is a mentor and influence. But I didn’t like Sydney as a place to live though – it’s too too full on. I heard about Melbourne being lovely, so I came here to learn to cook Thai food. But when I got here, there was no good Thai food. So, it was a bit of a funny situation. [Attica started as a Thai restaurant.]

Independence is what makes Attica “Attica”. It’s a stand-alone business owned by my wife and I for the past two years. There are no backers. There is no influence other than myself and my staff and the country, of course. 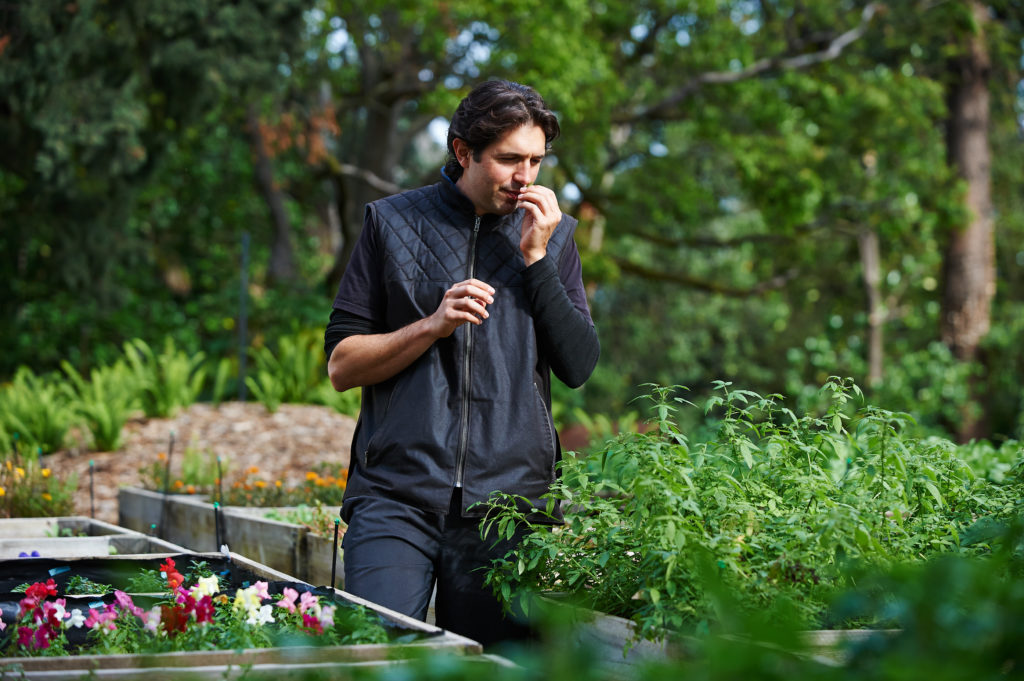 For a city restaurant, we have a huge garden. It’s two minutes away, in Ripponlea Estate and very beautiful. About 15 acres [the garden takes up roughly 1500 square metres]. We rent it from the National Trust and grow a hundred different types of plants. The chefs do it though, no gardeners. We grow plants dating back 50,000 years that were important sources for the Australian Aboriginal people. This garden carries the history of the First Australians, the [European] settlement and the first Chinese settlers, who arrived just six years after. I wanted the chefs to be in there because it’s very good for their mental well-being.

We hold 4 PM staff speeches every day. Selecting whom you work with is crucial. I underestimated this in the beginning. By choosing kind-hearted souls, we create a positive environment. At Attica, we choose on the quality of the human being in terms of their personality and their kindness. The team gathers in a circle at 4’o Clock every day. There’s a roster and each member has a turn at a prepared speech. People put in massive effort  – they do PowerPoint presentations, they do projects and bring the results, they do tastings, we watch films. It’s a way to connect chefs and front of house too

I’ve been through depression. It’s an issue that strikes our industry as much as anybody else’s, but we never ever talk about it. I realised it’s important to have a true mentor, somebody outside of the restaurant and family who you can confide in regularly. You can get trapped in a bit of a tunnel and small things can build up. That’s what can create the depression or the anxiety, the insecurity. Lance Wiffin [a fisherman] is a mentor who helped me at that stage when I was struggling. New Zealand chef Mark Limacher has been a constant mentor and sounding board for many years. He’s an excellent chef but a very smart businessman.

I like competitive sports. That’s why I enjoy basketball. I like to push myself, my body. Also, because I grew up without team sports, it wasn’t until later that I was able to take them up. My son [Kobe] showed huge passion for it from five, and so I’ve coached him and his team for years. I have sports that I share with my daughters as well, like mountain biking with Ella. Every Sunday we go ride in the forest or the bush with the kangaroos. 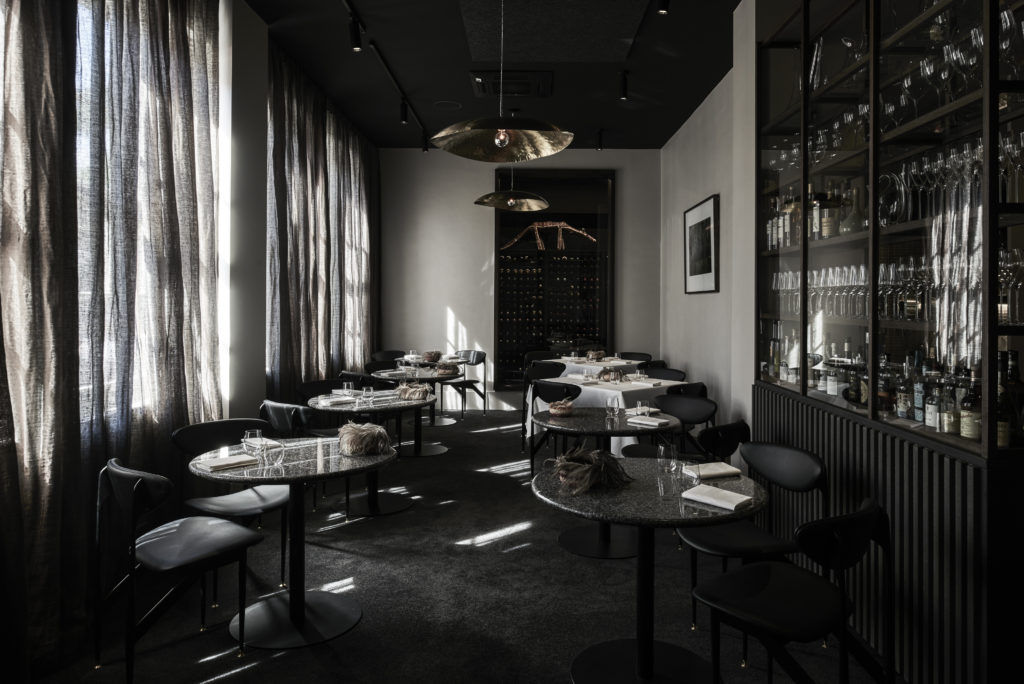