A Lesson in Kissing the Wrong Boys 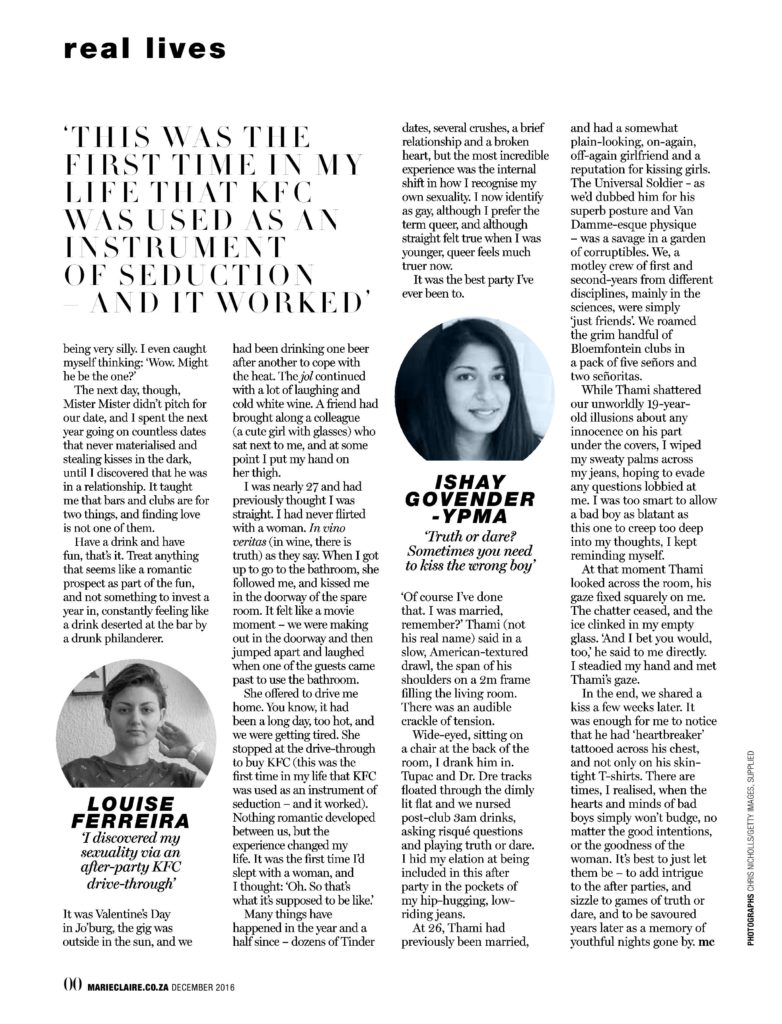 A lesson in kissing the wrong boys first, for Marie Claire Real Lives The Party of a Lifetime column, December 2016.

“OF course I’ve done that. I was married, remember?” Thami* said, slow American-textured drawl and the span of his shoulders on a six-foot frame filling the living room. There was an audible crackle of tension. Wide-eyed, sitting on a chair at the back of the room, I drank him in. Tupac and Dre tracks floated through the dimly lit flat and we nursed post-club 3 AM drinks, asking risqué questions and playing Truth or Dare. I hid my elation at being included in these after parties in the pockets of my hip-hugging low-riding jeans.

At twenty-six, previously married, with a somewhat plain-looking on-again, off-again girlfriend and a reputation for kissing girls, Thami – the Universal Soldier, we’d dubbed him for his superb posture and Van Damme-esque physique – was a savage in a garden of corruptibles. We, a motley crew of first and second-years from different disciplines, mainly in the sciences, were simply “just friends”. We roamed the grim handful of Bloemfontein clubs in a pack of five señors and two señoritas, but given the opportunity I knew my bestie, Ms World, would have happily snogged The Rich Kid. And The Hustler, twig-thin and the adhesive that bonded us, had harboured a simmering crush on her for several semesters. Rizzler, the beloved parrot, who (that?) had the unfortunate honour of sharing the flat with The Rich Kid, The Hustler and The Egyptian – who was out cold on the sofa – knew all our secrets. While Thami shattered our unworldly nineteen-year-old illusions about any innocence on his part under the covers, I wiped my sweaty palms across my jeans, hoping to evade any similar questions lobbed at me. I was too smart to allow a bad boy as blatant as this one to creep too deep into my thoughts, I kept reminding myself. 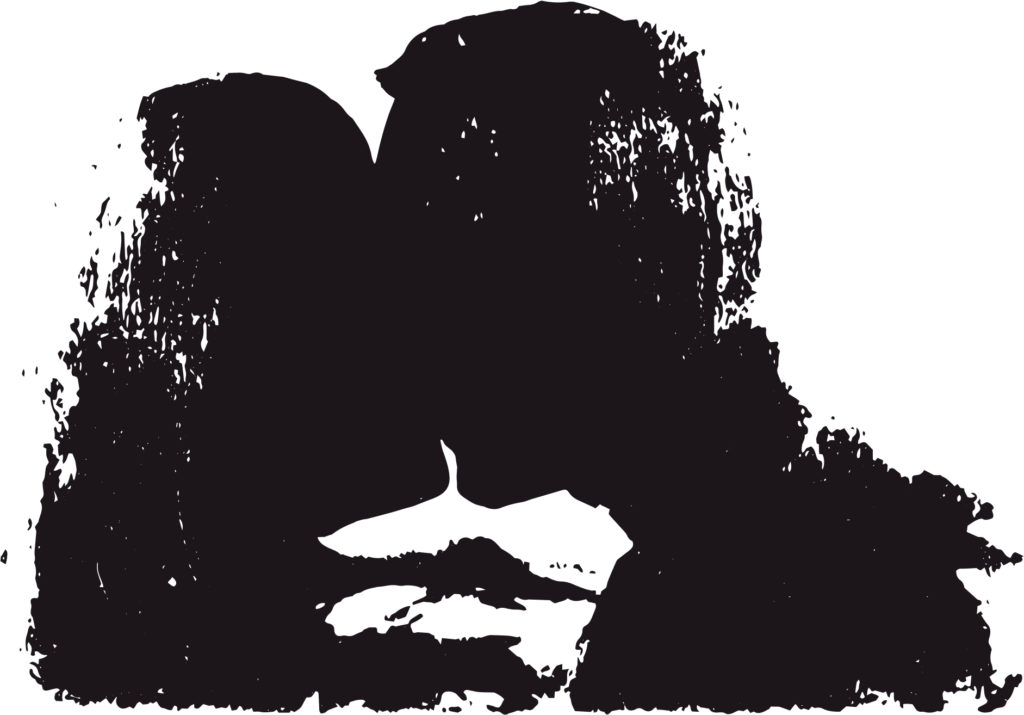 At that moment Thami looked across the room, his gaze fixed squarely on me. The chatter ceased, and the ice clinked in my empty glass.

“And I bet you would, too,” he said to me directly.

The Hustler whistled and The Rich Kid smirked, walking out onto the balcony. I steadied my hand and met Thami’s gaze.

In the end, we shared a kiss a few weeks later. It was enough for me to notice that he had had “heartbreaker” tattooed across his chest, and not only on his skin-tight T-shirts. There are times, I realised, when the hearts and minds of bad boys simply won’t budge, no matter the good intentions, or the goodness of the woman. It’s best to just let them be – to add intrigue to the after parties, and sizzle to games of Truth or Dare, and to be savoured years later as a memory of youthful nights gone by.