Portugal’s most famous dessert, the pastéis de nata or egg custard tarts are famous all around the world. But, there’s a secret recipe everyone wants… 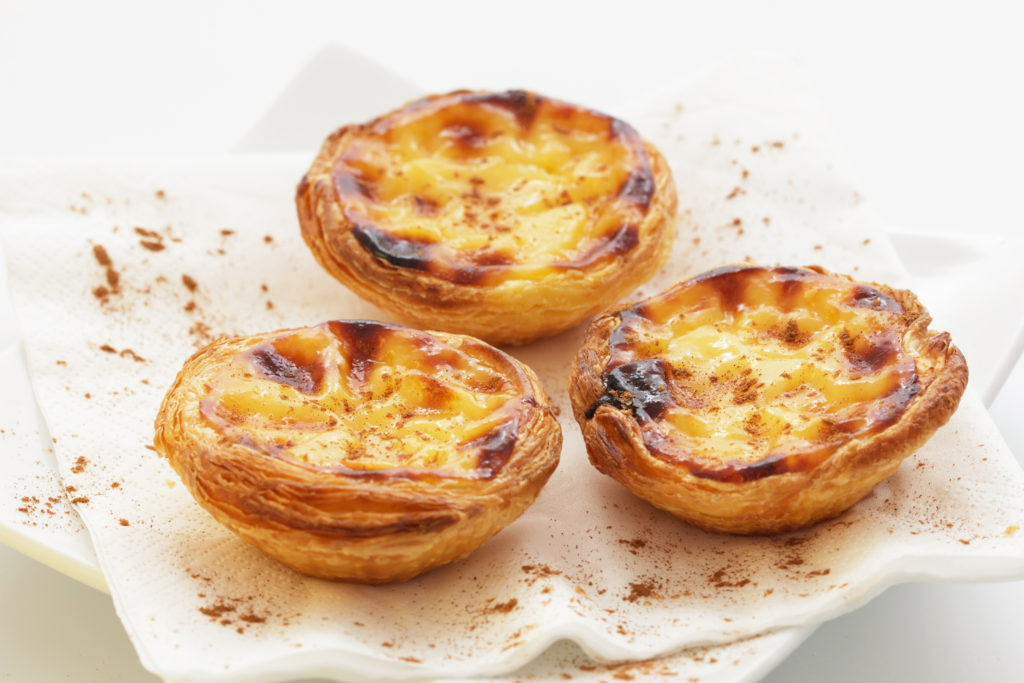 I remember the first time I visited the district of Belém, a mere 10 kilometres outside Lisbon. We joined the locals on a tram, a straight-line 20-minute journey and arrived to explore the shrine to the great Portuguese navigators, like Vasco da Gama at the striking Discoveries Monument and the imposing Mosteiro dos Jeronimos, where his tomb rests. Somewhere along the way, I joined a line snaking across the block outside the Antiga Confeitaria de Belém, not a monument or a museum, but a pastry shop selling the famous egg custard tarts of the same name (pastéis de nata elsewhere). When the warm tarts arrived, smelling sweetly of butter and cinnamon, the air laced with my anticipation, it felt as if I were crossing a barrier. And in many ways, I was. Every pastéis de nata I’d consume after would inadvertently be compared to these, with the flaky buttery (never greasy) pastry, the delicate custard with the gentle wobble, and that feather-light dusting of fine cinnamon dancing on the tongue. It’s hard not to order a dozen.

Pastéis de nata is the sweet treat Portugal is most famous for. Around the world on restaurant, bakery and market menus you’ll find the golden-yellow tartlets. When I find the characteristic brown scorch marks at the top, my heart skips an involuntary beat. I pass over the pale, insipid looking ones. Later I learn that the tarts at Antiga Confeitaria de Belém are baked at very, very high heat, which ensures this characteristic charring.

A few years after that initial visit, when I returned to live in the city for a few months, a pokey mom-and-pop store one door down from the small apartment we rented in Estrela sold pastéis de nata worth eating for breakfast. Every day.  I’d often wondered if they bought their supply from Antiga Confeitaria de Belém. It saved me the trip, and for this I paid the store with my gratitude – we’d order two fresh orange juices in Sagres take-away cusp and two tarts every morning. Quality control, if you will. I was never let down once during those months. 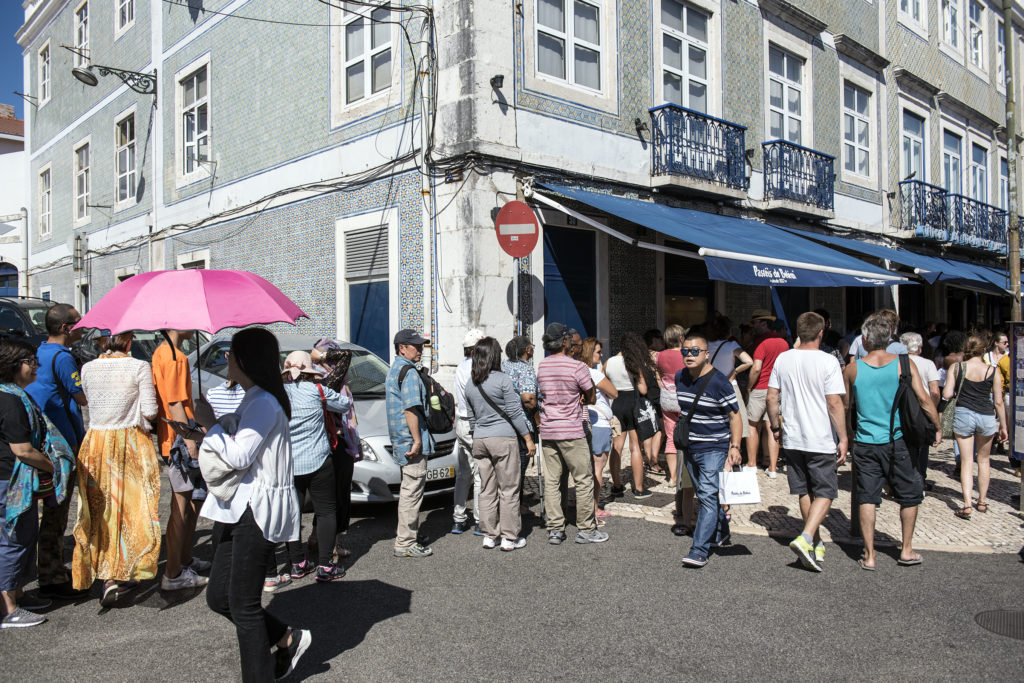 What makes an excellent pastéis de nata? On my last trip to Portugal in April, I tried a wide variety of tarts in the pursuit of this very answer. Portuguese pastry has a way of reeling you in and holding you captive. Having just one requires the will of an iron heart, which I do not possess.

Journalist, author and food guide Célia Pedroso, says: “The filling shouldn’t be very sweet and shouldn’t have any flavours of lemon or vanilla.” A purist when it comes to the classic pastéis de nata, Pedroso goes on to explain that even good bakeries and cafés around Portugal who’ve tried to be inventive, just spoil the product in the end.

“Just cinnamon sprinkled on top is simply the best pairing for an espresso or as we say here, a bica,” she says, sharing that her favourite bakeries are Manteigaria in Bairro Alto (which I can attest to being very good), and Antiga Confeitaria de Belém. 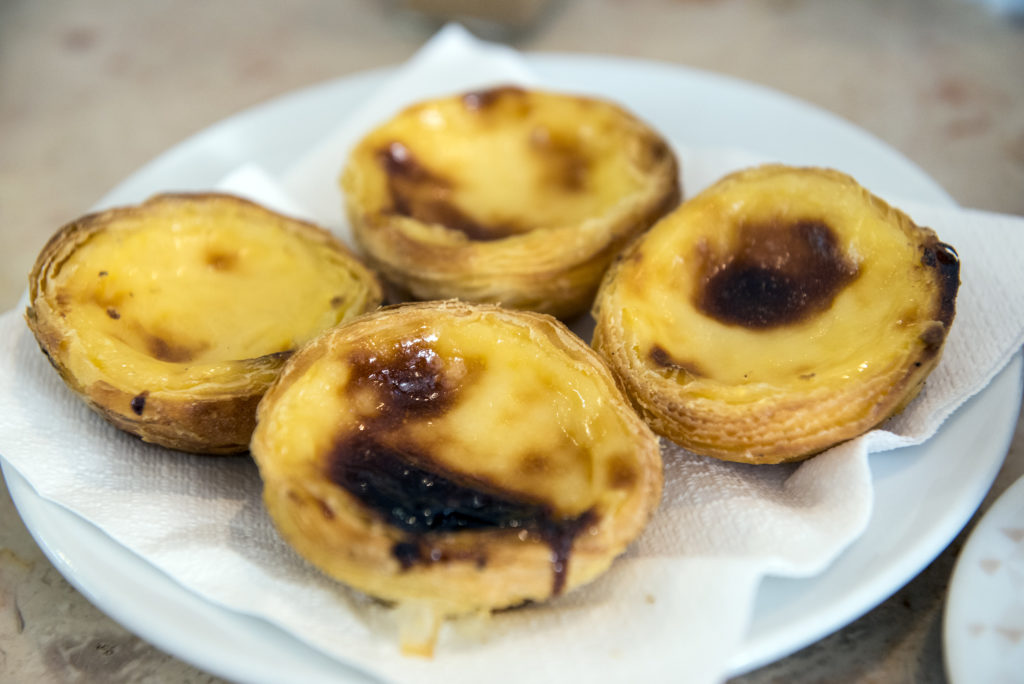 And the best time to eat them? “We eat them at any time of the day, with the morning coffee, in the afternoon,” Pedroso smiles.

Miguel Clarinha, his father Pedro and cousin Penelope run Antiga Confeitaria de Belém, the bakery and shop that has been in this family for four generations. It was officially opened in 1837 by Domingo Rafael Alves, unrelated to Clarinha’s family, who started production of the tarts after the secularisation of the monasteries by the state in 1834 when residents needed to establish new ways to earn a living. The recipe has its origin in the pastel made at the nearby Mosteiro dos Jeronimos, and many say remains one of the most tightly guarded culinary secrets in the land. 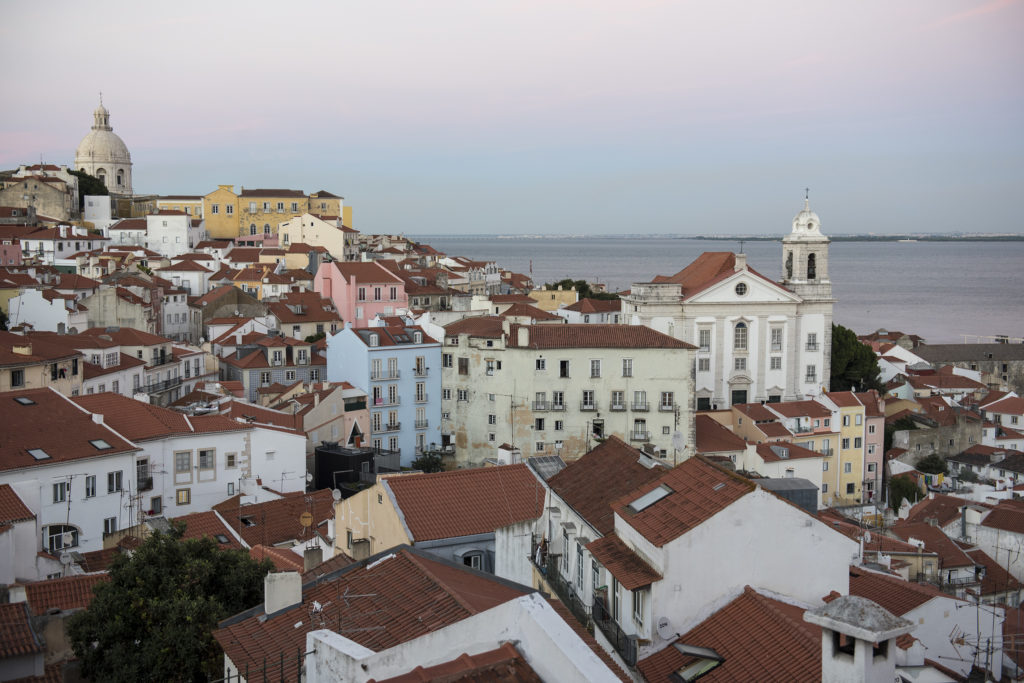 Clarinha says the shop has a loyal following because they’ve managed to maintain their particular identity over the years, and because of the safely guarded original recipe that’s in high demand. He also confirms, as written about by food writer, David Leite, the pastries are baked at a whopping 400 degrees Celsius.

“We sell a high quality product in a historical shop,” he adds. The best custard tart, he says (unsurprisingly) is one made according to this recipe. “It’s a unique recipe combined with selected ingredients. The fact the pastel are still handmade makes the difference. It is the combination of crispy slightly salty pastry with the sweetness and smoothness of the cream that makes a perfect pastel.” 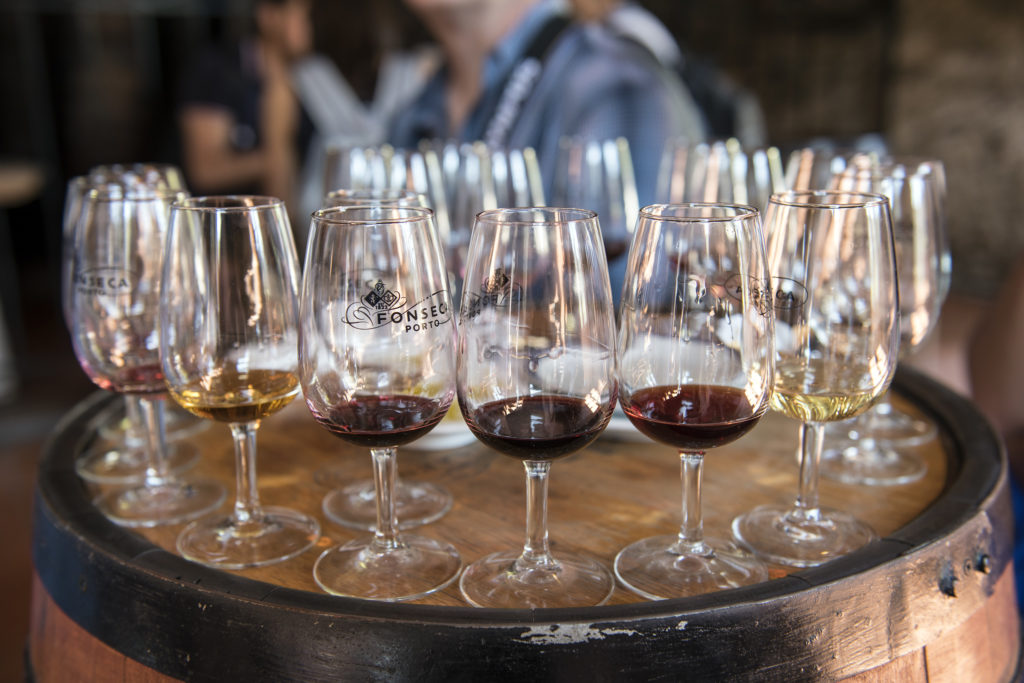 Portugal’s most famous and oldest, dessert, according to many, also pairs well with a Port wine. Antiga Confeitaria de Belém has no immediate plans for expansion outside Belém. Says Clarinha, “We are focused on improving this shop and being able to offer our customers better conditions here by opening new rooms, and improving our service. Once we feel that we are optimizing this shop as best as we can we will consider expanding if we can guarantee that the quality and baking process is not lost.”

For now, patrons are more than happy to make the short tram pilgrimage from Lisbon to Belém to get their dainty sweet fix.