When the late U.S restaurant critic Jonathan Gold wrote about food, he invariably commented on the irrational fear white Americans have of their neighbours, forging connections along the way. Ishay Govender breaks it down in our local context. (@IshayGovender), For Sunday Times, August 2018

Recently, a well-known South African chef with a restaurant brewing beer and serving American-style BBQ, in a public Instagram dedicated to the late American food critic Jonathan Gold, lamented: “I find no writers here have that absolute passion,” adding that journalists interviewing him sometimes had a “blank expression” when he referenced an international chef or trend and he found that “heart-breaking.” Coming from a famed Knysna-based restaurateur family he added that he hoped that before he died “we will have a decent writer in SA to tell our incredible food story to the world.”

We may not have met the chef’s expectations, and our publications have no budgets to support proper restaurant criticism, but I will add that it’s a thrilling time to be covering food in South Africa. Let’s start with the work of chefs Abigail Mbalo from Khayelitsha, Sowetan Lesego Semenya, and award-winning cookbook author/chefs Nompumelelo Mqwebu and Hope Malau who promote our intricate township cuisines through the medium of television, social media, print and restaurant spaces. 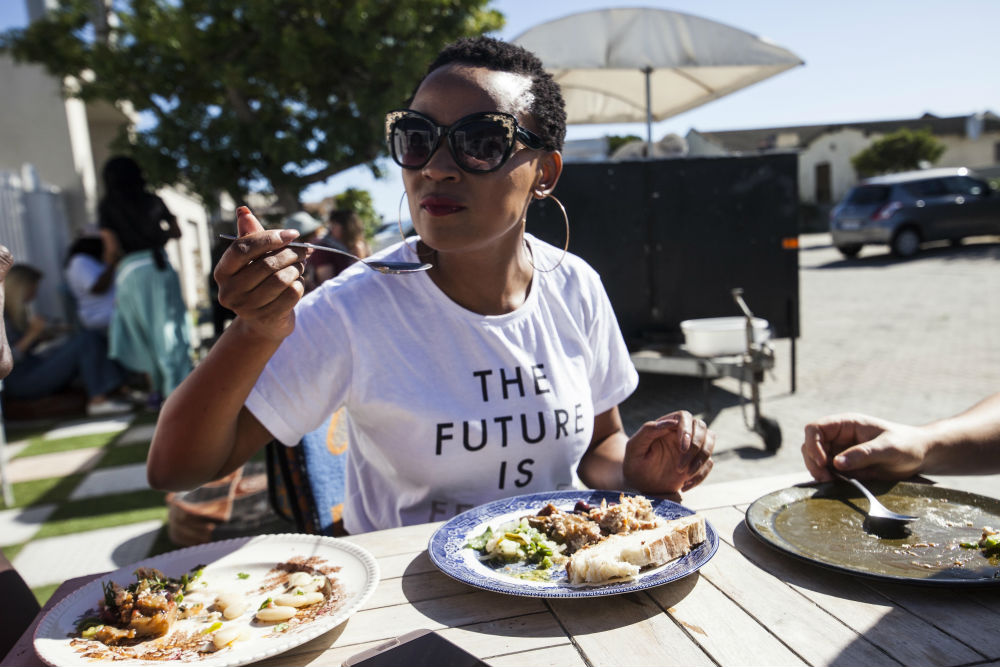 In the Western Cape, food activists Loubie Rusch and chef Kobus van der Merwe work tirelessly to revive indigenous plant varietals used by the Khoi and San and Zayaan Khan has expanded our understanding of fermentation and preservation. Rusch has reconnected communities out of touch with their culinary roots, teaching them about edible wild foods. Nearby in Mamre and surrounds, Hilda Adams and her community of women are working to change the fortunes of their families – the marginalised small-scale fisher folks. 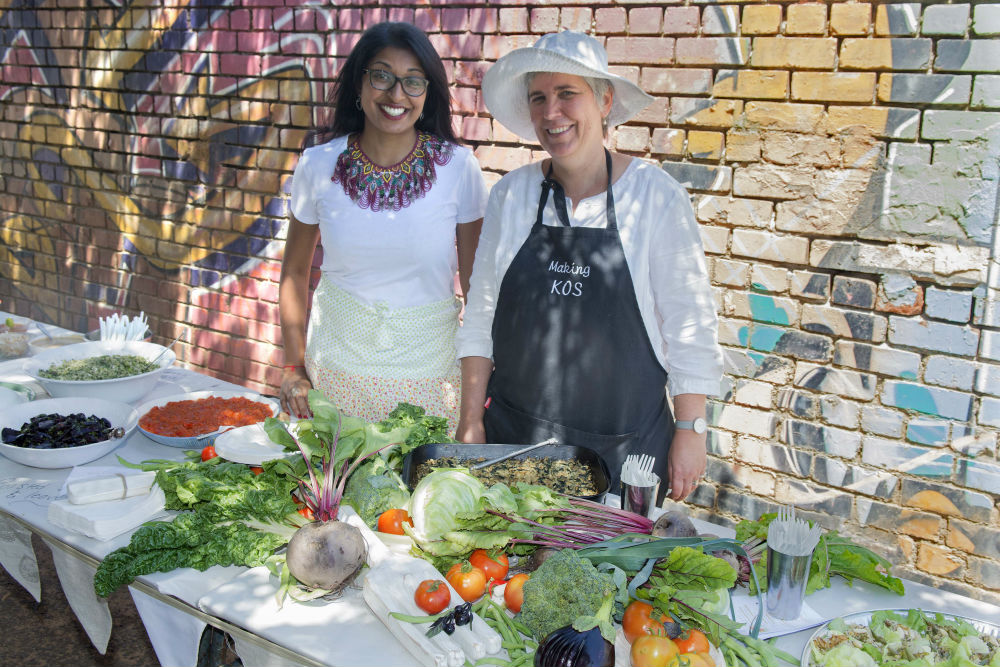 In Giyane village in Limpopo, land and agrarian reform activist Themba Chauke has mentored a community of trash collectors who were able to transform barren land into a verdant landscape using soda bottles, easing into the role of small-scale farmers. Now they produce groundnuts, moringa, cabbage, pumpkin, gourds and mealies and dry the excess to be sold for use in winter. 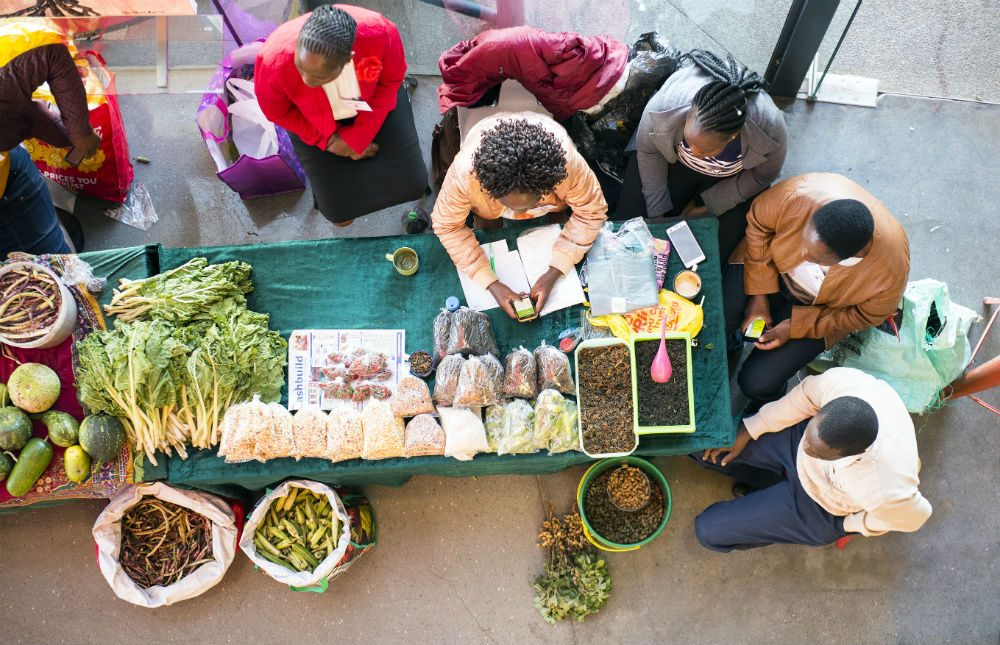 Consider Durban’s Delwyn Pillay who hosts free workshops on seed banks so that communities in KwaZulu-Natal can be empowered to exchange heirloom seeds. South Africa, after much repression and stagnation, is entering a dynamic phase where young people with scant means but great dreams are shaping the narrative of where their food comes from and what tomorrow could look like. As writers, we couldn’t be better placed to help to amplify these voices.

But, I’d like to revisit the chef’s Instagram statements and the chefs’ commenting, because it’s unclear if there’s an emphasis on this side of the story. It’s a good time to remember that Jonathan Gold was respected not just for the quality of his writing (he remains the only writer to have received a Pulitzer for restaurant criticism) but for how he democratised dining, championing the Mom n’ Pop stores and ‘opening’ L.A and its infinite immigrant communities and their resplendent cuisines to all of the city’s curious diners.

Pig ear, fish kidneys, bull penis, searing-hot Thai curries and every kind of taco – Gold ate it all. He worried that his reviews encouraged the sort of competitive dining associated with bro culture, the antithesis of his ethos, which was ultimately to narrate the story beyond the plate, presenting the human side. His family served his favourite tacos and burritos to funeral-goers, a fitting testament to the man and writer he was.

Last week at an international symposium called Gastronomy for Change held in Modena, Italy, lauded author Ruth Reichl, who knew the late Anthony Bourdain well, said to me: “As he [Bourdain] became more famous he made people who were comfortable see the world as it really is, as opposed to what they wanted it to be.”

South Africa “as it really is”, according to Statistics South Africa’s Living Conditions report released in 2017, reports that “white-headed households had an income roughly 4,5 times larger than black African-headed households and three times larger than the average national income.” For our purposes, this translates into who has the disposable income to spend at mid-to high-end restaurants.

We know that a white minority commands the majority of this country’s wealth and continues to earn incomes to reflect this. Restaurant menus (apart from shisa nyama, fast food, and ethnic-specific eateries) are guided by this clientele. Lastly, behind the scenes, you’ll find an overwhelmingly Black workforce of scullers and line-cooks with very few Black head chefs upfront. By deduction, this means that indigenous and traditional foods are given no priority at high-end establishments, and certainly not in cookery schools’ curricula, I’ve been told.

Few emerging chefs in South Africa, like many writers of colour, have had the privilege of frequent international travel and destination dining. Modest salaries, exhausting days and limited access to pricey cookbooks by Phaidon (the preferred publishing house of many famous chefs), curtail one to Netflix’s Chef’s Table and second-hand copies of Bourdain’s Kitchen Confidential.

In most instances, I, being in an unusual position for a woman of colour and South African food journalist, would have dined or travelled to the places that the majority of chefs I’ve interviewed have bookmarked for “one day”.  Theirs is a reality I understand well.

For South African freelance journalists, food or otherwise, the word rate remains between R2 – 4 – factor in weeks of research, zero expense accounts and a volatile industry and you’ll start to appreciate why this is a calling. There is no empire or business model to grow if you are a journalist.

I have since wondered if the chefs commenting on that Instagram post understand the power and associated responsibility they shoulder in terms of transforming the narrative of the land. It goes well beyond supporting the local farmers and presenting “ethical”, seasonal, GMO-free produce, or even foraging.

It means knowing the soil and the ancient stories that live there and giving priority to the often maligned, but rich and diverse food of Black people. It asks that we empower the custodians of the dishes we replicate, dig deep to restore the food traditions we’re at risk of losing, and present a unique, South African arc on the plate that ventures beyond Eurocentric aesthetics and flavours.

It means communicating beyond an echo chamber; it asks for humility and outreach and stretches far into tomorrow. It, like Gold did, places the knowledge of community cooks and the marginalised front and centre of the narrative.

These are stories us food journalists are ready to tell.