Around the World in 10 Cultured Dairy Products

A selection of popular and lesser-known cultured dairy for Fine Dining Lovers, 21 March 2016. 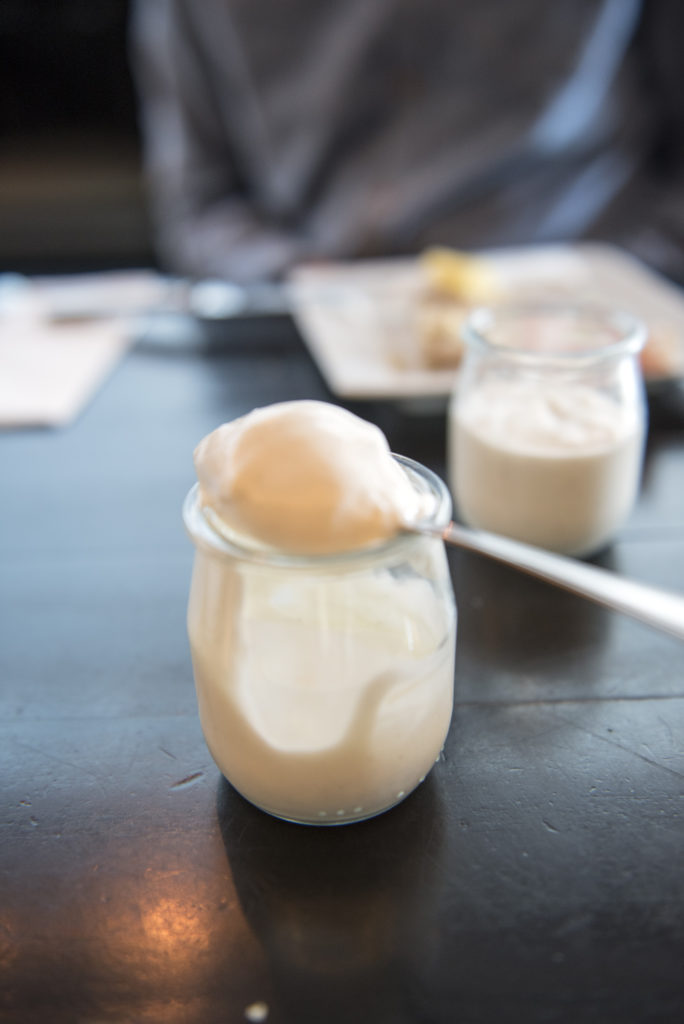 There’s renewed enthusiasm about the cultured dairy products of our forefathers. Food historian Anne Mendelson (Milk: The Surprising Story of Milk Through the Ages) thinks the interest in ancient milkways may stem from the “growing “know your food” movement.” A keen advocate for whole, unhomogenized milk, she says there’s immense interest in fermentation on the whole in the United States. Cheryl Sternman Rule, author of Yogurt Culture, adds: “We’re in the midst of a widespread DIY love affair across many food categories, but in the fermented foods sphere especially.”

Inspired by my recent trip to a dairy farm in Iceland, here’s a round-up of 10 (out of infinite) cultured dairy products to try.

I visit Efstidalur, an Icelandic working farm owned by the same family since the 17th Century, to learn about skyr. Skyr is the famed 1000-year-old Icelandic cultured diary product somewhat similar to thick yoghurt, but closer to a cheese in reality. Its origins can be traced to the Viking settlers, around 874 AD. Versions, long ceased, were made in nearby Scandinavian countries too. Guðrún Snæbjörnsdóttir, daughter of the current farm owners, tells me about Sundays when the family ate skyr whipped with fresh cream and brown sugar. The skyr at the farm is thicker than any I’ve tried  – it needs to be flicked, or licked off the spoon to get it to budge. There’s an air of mystery about how skyr come about. Guðrún’s brother Sölvi, dairy farmer and chef suggests the cowboy tale of someone riding with a saddle bag of milk on a long journey and the contents thickening because of the rennet released from the bag made from the stomach of a calf or young animal. Combined with bacteria in the saddlebag and the galloping of the horse, the milk separated into curds and whey. Et voilà: skyr. That’s one popular version about skyr, and how yogurt as we know it, came about. 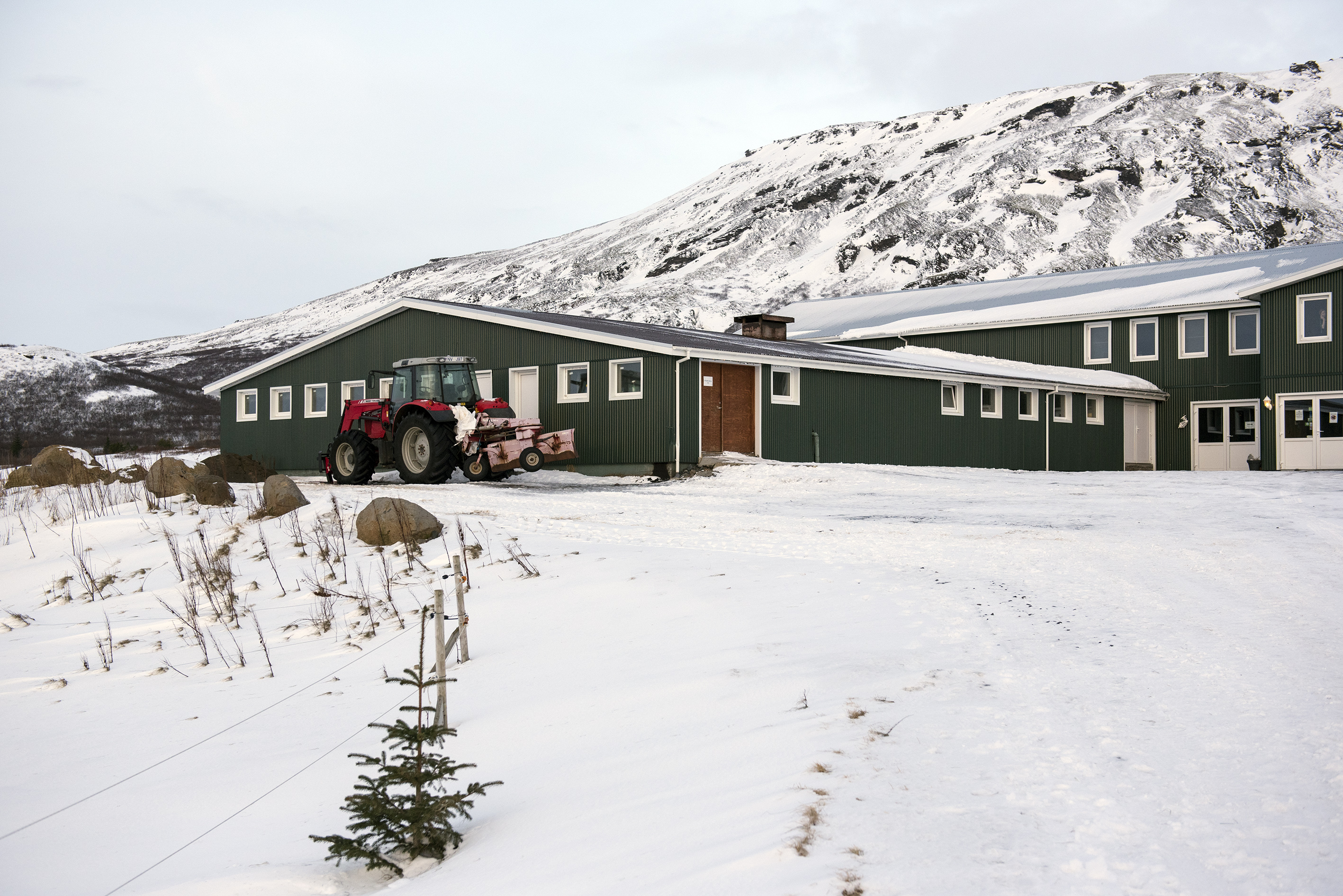 Eaten in Southern Africa, particularly in South Africa and Zimbabwe, amasi is traditionally made from gourd-fermented cow’s milk. Inside of the gourd, sometimes smoked with wood ash (skipped in standard commercial preparation), a soured milk, the texture of wet, lumpy cottage cheese forms. It can be blended into a drinkable yogurt too. 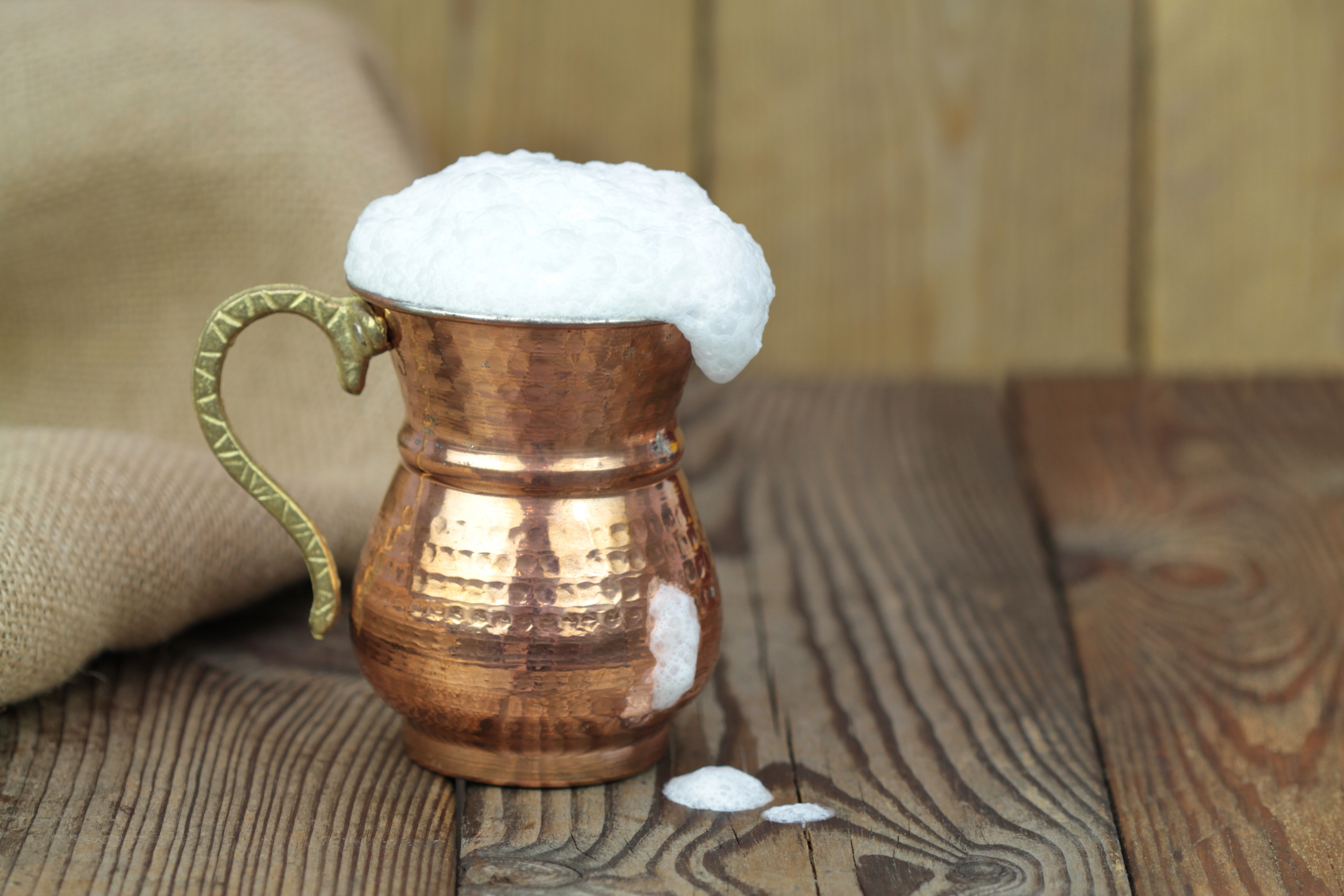 Food writer and Turkish food expert, Robyn Eckhardt calls ayran the thin, smooth, salty yoghurt drink loved around Turkey “refreshing and reviving”. The sourness, she says, wakes up the palate; the salt quenches thirst, and the creaminess soothes after a spicy meal. Widely available in supermarkets and restaurants, ayran is still made from scratch in small quantities from goat, sheep and cow’s milk in villages around Lake Van and the northeast. It’s the main ingredient in some soups and stews too, she says.

If you ask Scots about their treasured national drink, many may say whisky. But long before whisky production, when the fearsome Vikings arrived in the 9th Century, they brought blaand with them. Alcoholic in nature, but neither a wine, beer nor spirit, blaand is made by fermenting whey, left over from cheese or butter making, in wooden casks.

Dahi or curd, is a yogurt consumed daily in many parts of India, and usually prepared at home. Made with boiled, cooled buffalo or cow’s milk (mostly the latter nowadays), curds form an integral part of the diet in Tamil Nadu, for instance. Eaten mixed with rice for its digestive, cooling properties, curd is usually the last bite of an Indian meal.

Derived from kuru, which means dry in Turkish, kurut from Anatolia – known as qurut in Van and in other parts of Central Asia – is a dried, salted, drained yoghurt or sour milk, often in the form of balls and patties. The food, like many from the same period, preserved the sour milk in a way that could be consumed long after, as is, dissolved in water or in stews. It’s remained a beloved and treasured food source, Eckhardt explains. 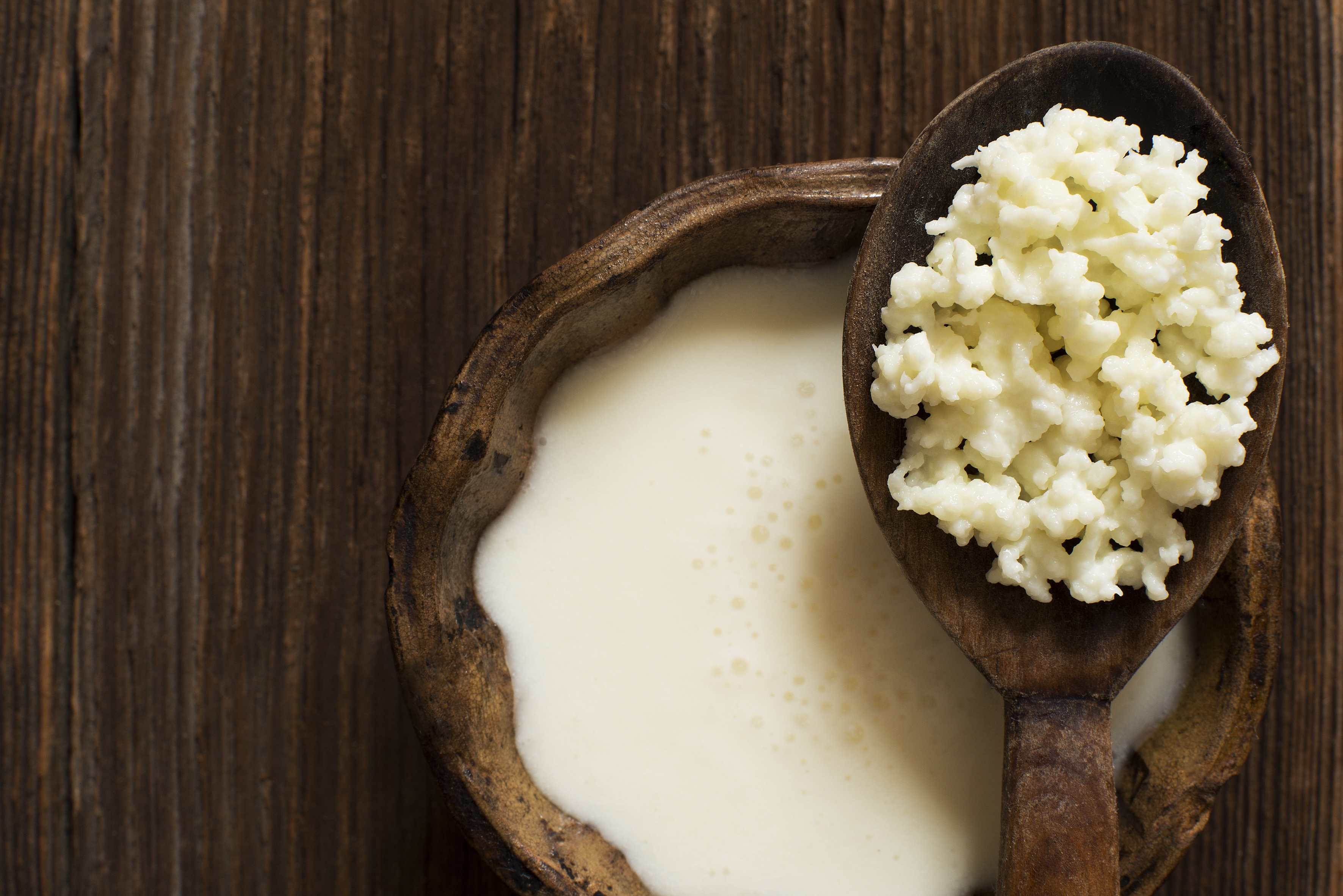 Sandor Katz, author and fermentation expert (Wild Fermentation; The Art of Fermentation: An In-Depth Exploration of Essential Concepts and Processes from Around the World) explains that milk fermented to make sour, effervescent kefir relies on a symbiotic community of bacteria and yeast (SCOBY), commonly called kefir grains. “Kefir grains embody incredible biodiversity, with more than 30 distinct organisms that have been identified,” he says.

Matzoon, or matsoni, originating in Armenia and enjoyed in Georgia and the Caucasus, is made by fermenting milk at room temperature (between 20 – 26 degrees Celsius) for up to 48 hours. It produces a mildly tart, spoonable yogurt.

Finish viili, which originated in the Scandinavian countries, is a “ropy” yogurt that trails long, viscous strings when a spoon is dipped into it. This is a result of mesophilic bacterial mutations, and can be a challenging texture for some. It’s mild and creamy and is eaten with a spoon by Finns. I had a chance to try some in February this year – it’s mucous-like texture is not for everyone! 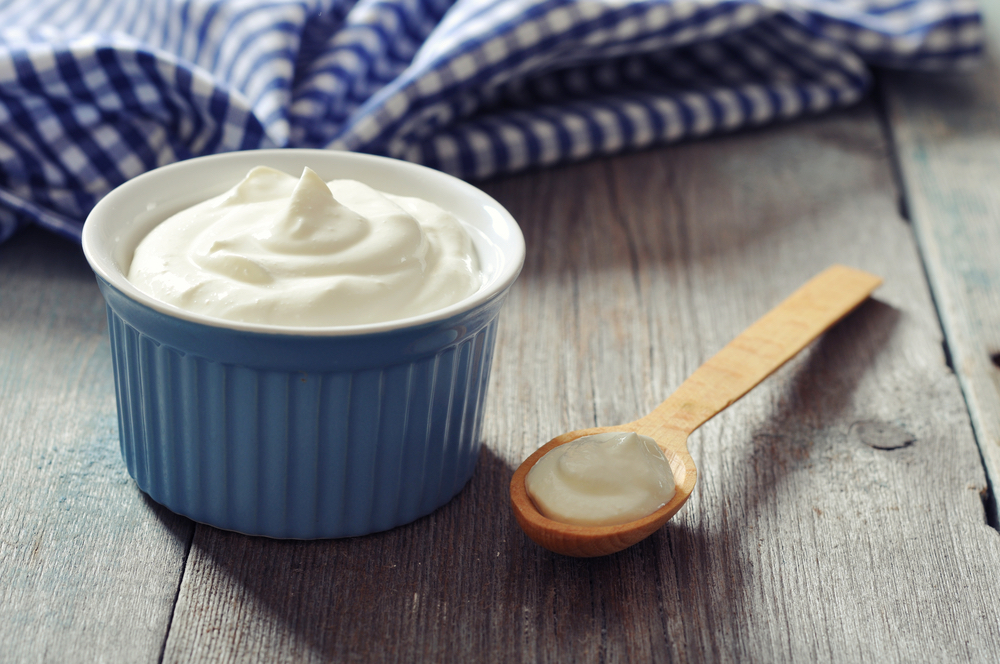 Yogurt, found in countless countries across the world, deserves an honorary mention. Rule’s book Yogurt Culture was inspired by the growing popularity of yogurt in American supermarkets and the move away from the single-serve cups. “I wanted to create a book inspired by plain yogurt’s culinary versatility and uses in cuisines throughout the globe,” she says. Katz, whose popular classes have him teaching students how to prepare a wide range of fermented edibles, says that he “loves yogurt and all its incredible derivative products, like doogh, Persian yogurt soda.” 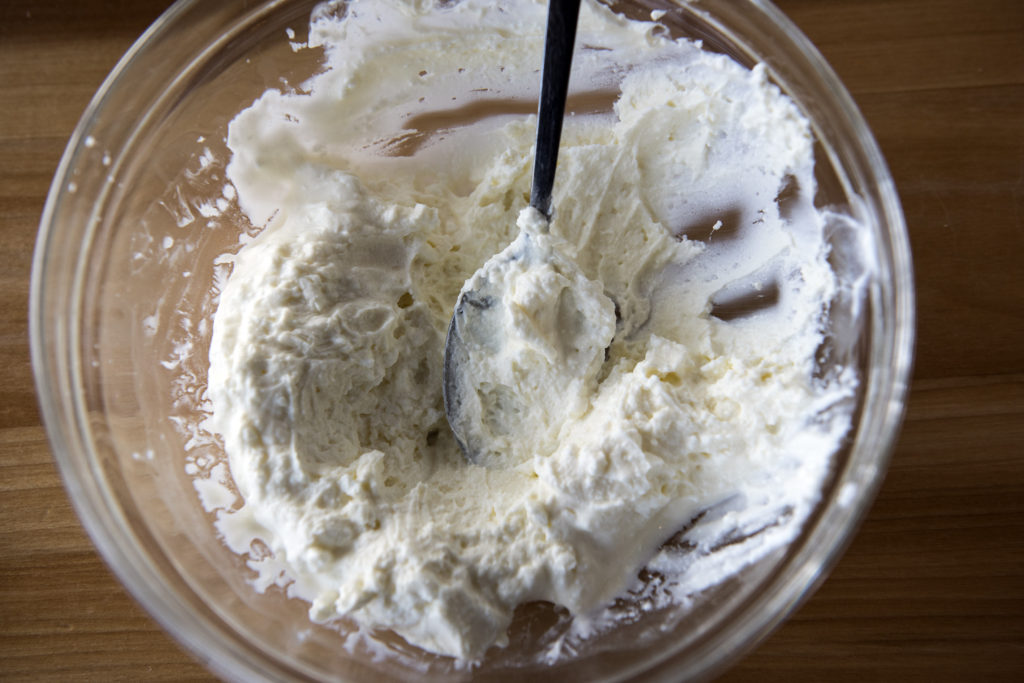 Skyr – as thick as creamed cheese