Trust in Travel – What You Fear May be What They Fear

While travelling the backroads, cities and towns of South Africa on an extended project, Ishay Govender soon learns that the trust in travel is a two-way street. For Mail & Guardian, May 2016. 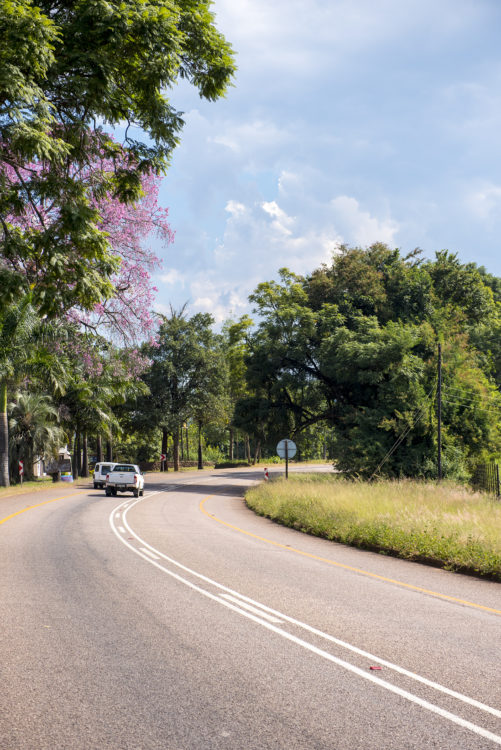 road that leads to…

His standard response goes something like this: You’re insane! Address? Potch as in Potchefstroom??

I understand his concern. Each journey a traveller undertakes involves a series of measuring the pros and cons, of minute and larger calculated risks, particularly when venturing off the Lonely Planet guidebook path. Should I speed up and take my chance to overtake this truck now? Do I eat this lone garage pie, cold in the blinking fluorescent lights? Do I take the group at the bar up on their offer to check out the jazz club I eagerly want to write about? (Ma, I can hear your response as you read).

Do I follow the woman in the little red Fiat?

I’m five-months deep into a year-long project that spans the length and breadth of the backroads of South Africa, researching a cookbook on a very specific dish. While I’d normally not text my brother on my usual assignments (which are often remote and abroad), the prolonged off-the-beaten-path nature of some of this work demands that I pay my family that courtesy. I remain in a heightened state of vigilance and make the decision several times a day to be open, but not recklessly naïve. While I’m travelling with a partner (I’m no Freya Stark and haven’t the attention span for solo travel over such a lengthy period), I’m acutely aware that placing their safety and comfort in jeopardy remains my doing in this particular instance. Negotiating the struggle of trust in travel has become my daily experience.

But let’s return to Potchefstroom. I’m in an empty parking lot en route to Klerksdorp on a sweltering afternoon, desperately in need of cold water. I find a bottle at the cramped general dealer hidden inside the U-shaped shopping plaza, and drink up even before I leave the door. Most stores are gated for the day; many look like they’ve been locked up and unloved for years.

“Where are you from?” the shopkeeper asks, sussing me out over his spectacles. Unable to contain his curiosity about a wanderer from Cape Town, in Potch at 4 30 pm  on a random Thursday, he asks what I’m doing there. “Oh, you must speak to my wife,” he says firmly when he hears about my research, summoning her from the hardware store next door.

Soon, I’m trailing behind Amina, the shopkeeper’s wife, to the halaal butcher around the corner. Inside she strong-arms a customer into calling his mother, one Aunty Feroza*. And before I pause to consider how she knew he’d be there and his mother would be the ideal subject to interview, I’m following her in her little red Fiat to a neighbourhood I’ve never been to, surreptitiously sending my brother an SOS text.

Within 10 minutes we pull up to a modest home with an open-window tuck shop attached. Aunty Feroza, greets us, gloriously coiffed and looking far from 74. Amina kisses her (Salaam, Aunty Feroza!) and smiles, adjusting her headscarf and waving goodbye to us as she speeds off to cook for her four hungry children.

Over milky tea, Aunty Feroza opens up about her childhood in Potchefstroom and her grandmother who arrived in South Africa with her brother at the age of six as a stowaway on a ship, from Holland or Germany, she can’t be sure. She tells me about her gran’s enormous Sunday feasts and the succulent roast turkey that no one in the family has managed, “to this day!”, to replicate. There are stories about the pre-wedding day advice gran dispensed with candour to every young woman in the family, and the pots of food Aunty Feroza’s children (including the son I met at the butcher’s) come to fetch because their spouses just don’t have her flair for cooking. 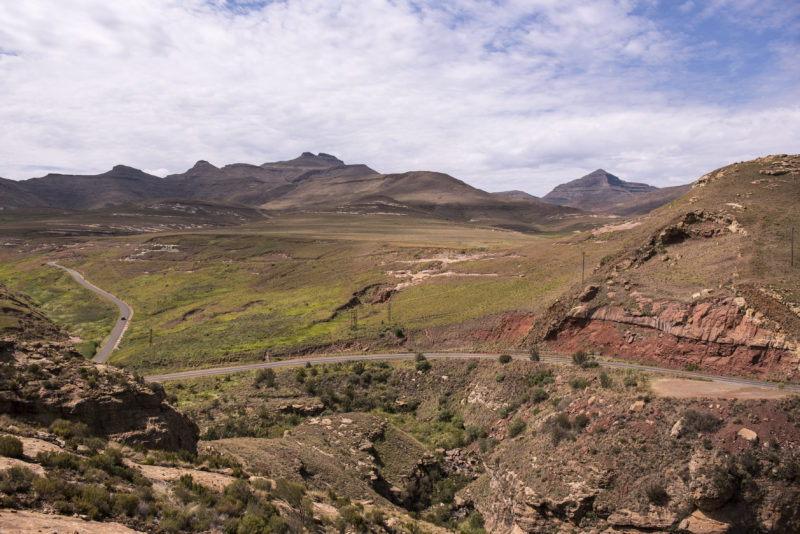 The essence of this sort of travel – knocking on unknown doors, visiting strangers with whom you have no one in common – not even a community leader, demands a great deal of trust, of belief in the goodness of humankind. I often hope that my pleas for insider information, where I have no sources or contacts on the ground, will be met with generosity and not suspicion. There are times, too many in fact, when I picture my faded lipstick and dishevelled hair, dusty jeans and cardigan with a hole in the underarm and my speech slurred from exhaustion or a throat in need of water, and wonder if I’d trust the likes of me. Who has the time, anyhow, to invite an unannounced outsider into their lives for an hour or more, I ask. I think of the telemarketers I’ve cut short on the phone, wary of schemes to clone ID numbers or solicit credit card details. And what of the smiling vendors peddling cell-phone chargers outside my car whom I’ve casually dismissed, car window clammed-shut while racing to an appointment or the grocery store? Life has fashioned a veneer of distrust even in the kindest of humans, that I know.

Sometimes, I’m invited to eat with the families I visit; sometimes I help with the preparation. Most often I observe and ask questions during the chopping and stirring, the hushed dispensing of secret tips for the perfect sauce (“cook that tomato down, down, down”), and the loving bickering between siblings who scope me out, curious as kittens with a ball of wool.

When the topic veers to mothers and the grandmothers who stood in for absent mothers, of days when only prayers helped to stretch the meals in the pots that needed to feed seven, or of losing a parent during childhood, there are difficult moments. There are times when I sit in silence, an outsider suddenly privy to the most private of painful memories: loss, grief, suffering, shame. I have to hold myself back from clutching a trembling hand or offering any comfort beyond a few tissues or a sigh. The dictates of journalism and the newness of our connection simply don’t allow for more. Sometimes tears flow along with memories long buried, and the trust placed in me to honour these stories and to accurately represent the recipes shared, comes into sharp relief.

It is not just I, bumbling with my notebook and camera, following bossy-but-kindhearted aunties across the villages and cities of South Africa, seeking “goodness” and hoping for acceptance, who need worry about trust.

I, too, have to ensure that I am a trustworthy confidant and custodian of these culinary memories, worthy of inviting into the kitchen. It’s an understandably tough ask when my jeans have been on the road for weeks and my favourite cardigan is fraying at the seams.