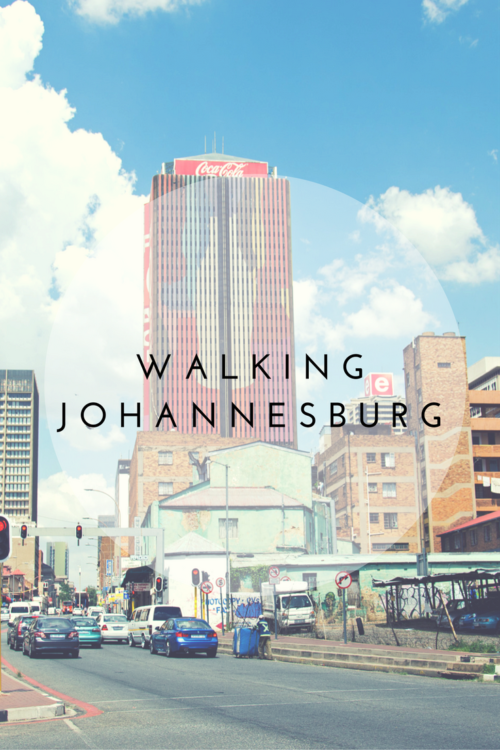 The expansive inner city districts of Johannesburg, once sidestepped by tourists, are now thriving with a boost from investment and passionate locals. Ishay Govender-Ypma hits the lively streets and spends some time walking Johannesburg. For SAA Sawubona Magazine, May 2015. 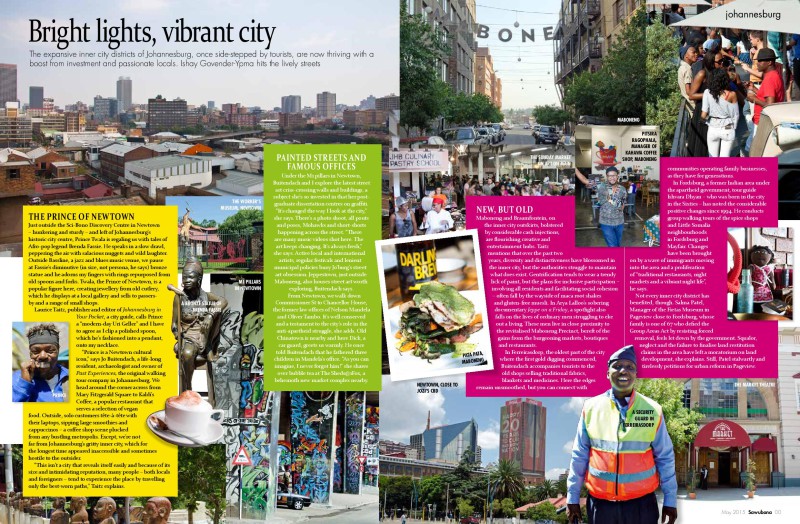 The Prince of Newtown

Just outside the Sci-Bono Discovery Centre in Newtown – hunkering and sturdy, and left of Johannesburg’s historic city centre, Prince is regaling us with tales of Afro-pop legend Brenda Fassie. He speaks in a slow drawl peppering the air with salacious nuggets and wild laughter. Outside Bassline, a jazz and blues music venue, we pause at Fassie’s diminutive (in size, not persona, he says) bronze statue and he adorns my fingers in rings repurposed from old spoons and forks. Prince Twala, the Prince of Newtown, is a popular figure here, creating jewellery from old cutlery, which he displays at a local gallery, and sells to passersby and a range of small shops.

Laurice Taitz, publisher and editor of Johannesburg In Your Pocket, a city guide, calls Prince a “modern-day Uri Geller”, and I have to agree as I clip a polished spoon he’s fashioned into a pendant, onto my necklace.

“Prince is a Newtown cultural icon,” Jo Buitendach, a life-long resident, archaeologist and owner of Past Experiences, the original walking-tour company in Johannesburg, says. We head around the corner across from Mary Fitzgerald Square, to Kaldi’s Coffee, a popular restaurant that serves a selection of vegan food. Outside, solo customers tête-à-tête with their laptops, sipping large smoothies and cappuccinos; a coffee shop scene plucked from any bustling metropolis. Except, we’re not far from Johannesburg’s gritty inner city, which for the longest time appeared inaccessible and sometimes hostile to the outsider.

“This is not a city that reveals itself easily and because of its size and intimidating reputation many people, locals and foreign, tend to experience the place by travelling only the most well worn paths,” Taitz explains. 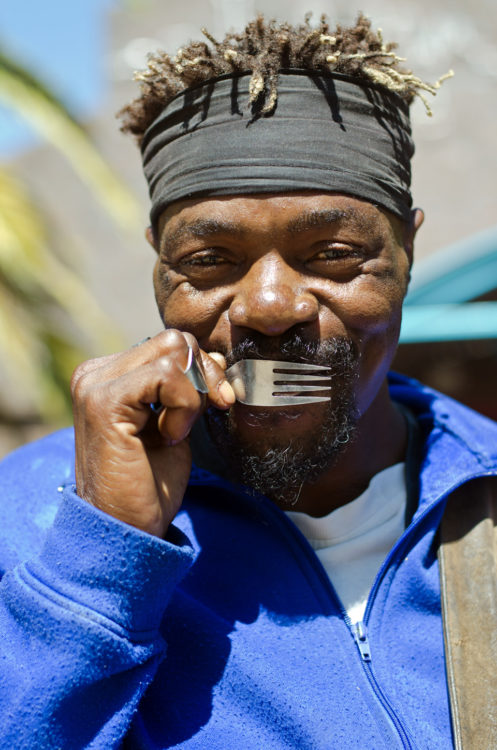 Under the M1 pillars in Newtown, Buitendach and I explore the latest street art crisscrossing walls and buildings, a subject she’s so invested in that her postgraduate dissertation centres on graffiti. “It’s changed the way I look at the city,” she says. There’s a photo shoot, all pouts and poses, Mohawks and short-shorts happening across the street. “There are so many music videos shot here. The art keeps changing; it’s always fresh,” she says. Active local and international artists, regular festivals and lenient municipal policies buoy Jo’burg’s street art obsession. Jeppestown, just outside Maboneng also houses street art worth exploring, Buitendach says.

From Newtown, we walk down Commissioner Street to Chancellor House, the former law offices of Nelson Mandela and Oliver Tambo. It’s well conserved and a testament to the city’s role in the anti-apartheid struggle, she adds. Old Chinatown is nearby, and here Dick, a car guard greets us warmly. He once told Buitendach that he fathered three children in Mandela’s office. “You can imagine, I never forgot him,” she shares over bubble tea at The Sheds@1Fox, a behemoth new market complex nearby. 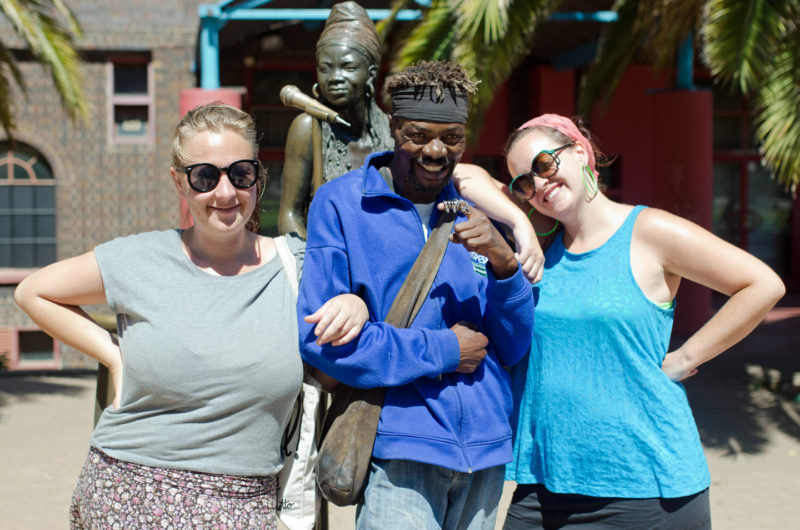 Maboneng and Braamfontein, on the inner city outskirts, bolstered by considerable cash injections, are flourishing creative and entertainment hubs. Taitz mentions that over the last two years diversity and distinctiveness have blossomed in the inner city, but the authorities struggle to maintain what does exist. Gentrification tends to wear a trendy lick of paint, but the plans for inclusive participation involving all residents and facilitating social cohesion, often falls by the wayside of maca root shakes and gluten-free muesli. In Arya Lalloo’s sobering documentary Jeppe on a Friday, a spotlight also falls on the lives of ordinary men struggling to eke a living. These men live in close proximity to the revitalised Maboneng Precinct, bereft of the gains from the burgeoning markets, boutiques and restaurants. 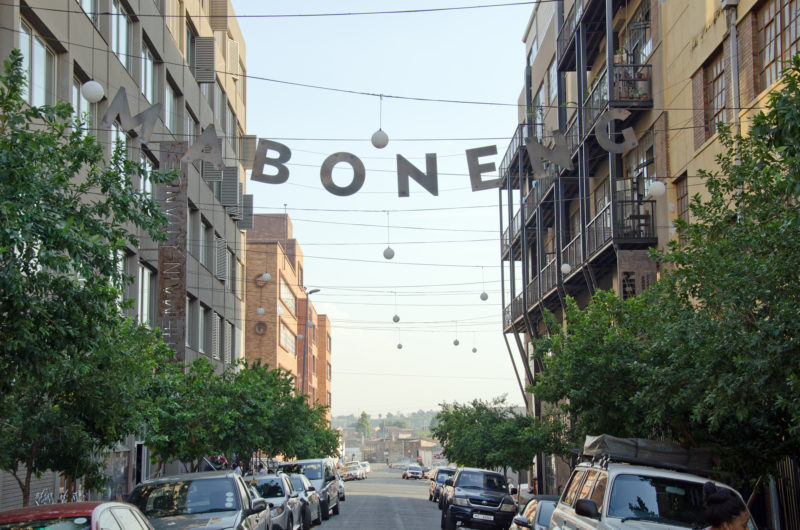 In Ferreirasdorp, the oldest part of the city where the first gold digging commenced, Buitendach accompanies tourists to the old shops selling traditional fabrics, blankets and medicines. Here the edges remain unsmoothed, but you can connect with communities operating family businesses, as they have for generations.

In Fordsburg, a former Indian area under the apartheid government, tour guide Ishvara Dhyan who was born in the city in the sixties, has noted the considerable positive changes since 1994. Dhyan conducts group walking tours of the spice shops and Little Somalia neighbourhoods in Fordsburg and Mayfair. Changes have been brought on by a wave of immigrants moving into the area and a proliferation of “traditional restaurants, night markets and a vibrant night life,” he says.

Not every inner city district has benefited, though. Salma Patel, manager of the Fietas Museum in Pageview close to Fordsburg, whose family is one of 67 who defied the Group Areas Act by resisting forced removal, feels let down by the government. Squalor, neglect and the failure to finalise land restitution claims in the area have left a moratorium on land development, she explains. Still, Patel stalwartly and tirelessly petitions for urban reform in Pageview. 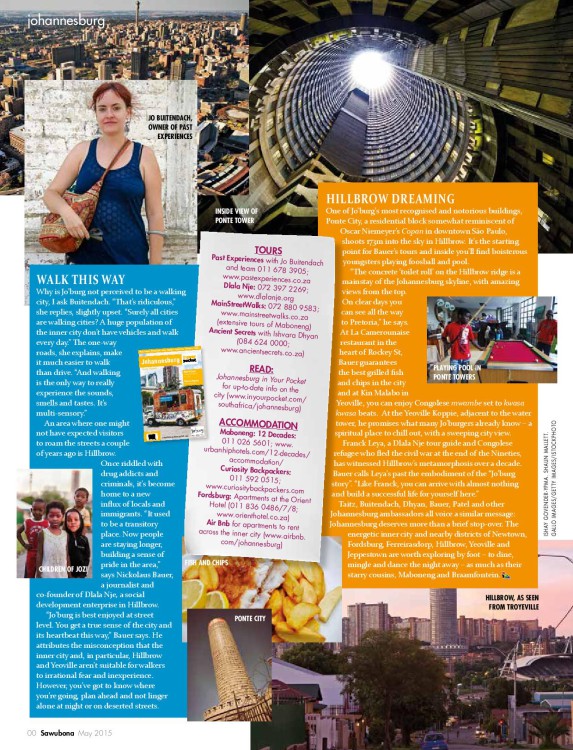 Why is Jo’burg not perceived to be a walking city, I ask Buitendach. “Ridiculous,” she replies, slightly upset. “Surely all cities are walking cities? A huge population of the inner city don’t have vehicles and walk everyday.” The one-way roads, she explains, make it much easier to walk than drive. “And walking is the only way to really experience the sounds, smells and tastes. It’s multi-sensory.”

An area one might not have expected visitors to roam the streets a handful of year ago, is Hillbrow. Once riddled with drug addicts and criminals, it has become home to a new influx of locals and immigrants. “It used to be a transitory place, now people are staying longer, building a sense of pride in the area,” says Nickolaus Bauer, a journalist and co-founder of Dlale Nje, a social development enterprise in Hillbrow.

“Jo’burg is best enjoyed on street level. You get a true sense of the city and its heartbeat this way,” Bauer says. He attributes the misconception that the inner city, and in particular Hillbrow and Yeoville are not suitable for walkers, to irrational fear and inexperience. However, you’ve got to know where you’re going, plan ahead and not linger alone at night or on deserted streets. 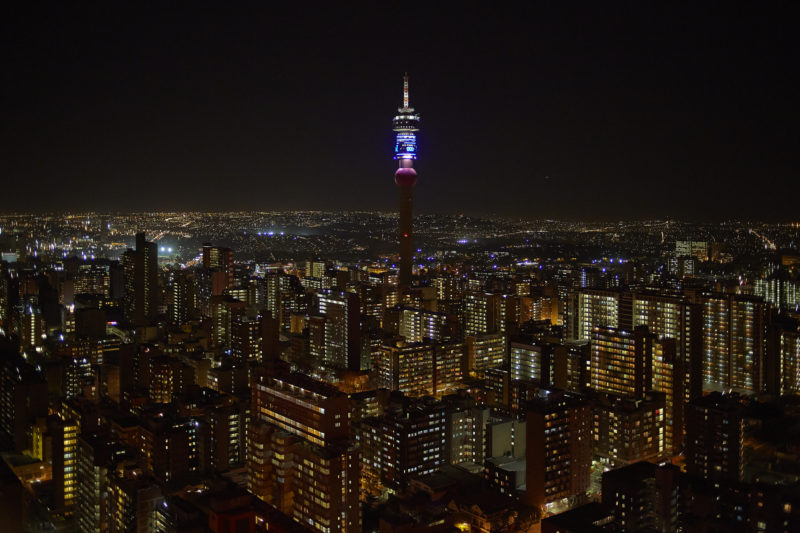 One of Jo’burg’s most recognised and notorious buildings, Ponte City, a residential block somewhat reminiscent of Oscar Niemeyer’s Copan in downtown São Paulo, shoots 173 meters into the sky in Hillbrow. It’s the starting point for Bauer’s tours and inside you’ll find boisterous youngsters playing foosball and pool.

“The concrete ‘toilet roll’ on the Hillbrow ridge is a mainstay of the Johannesburg skyline, with amazing views from the top. On clear days you see all the way to Pretoria,” he says.  At La Camerounaise restaurant in the heart of Rockey Street, Bauer guarantees that best grilled fish and chips in the city, and at Kin Malabo in Yeoville, you can enjoy Congolese mwambe set to kwasa kwasa beats.  At the Yeoville Koppie, adjacent to the water tower, he promises what many Joburgers already know – a spiritual place to chill out, with a sweeping city view.

Franck Leya, a Dlala Nje tour guide and Congolese refugee who fled the civil war at the end of the nineties, has witnessed Hillbrow’s metamorphosis over a decade. Bauer calls Leya’s the embodiment of the “Joburg story”. “Like Franck, you can arrive with almost nothing and build a successful life for yourself here.”

Taitz, Buitendach, Dhyan, Bauer, Patel and other Johannesburg ambassadors all voice a similar message: Johannesburg  deserves more than a brief stopover. The energetic inner city and nearby districts of Newtown, Fordsburg, Ferreirasdorp, Hillbrow, Yeoville and Jeppestown are worth exploring by foot – to dine, mingle and dance the night away, as much as their starry cousins Maboneng and Braamfontein. 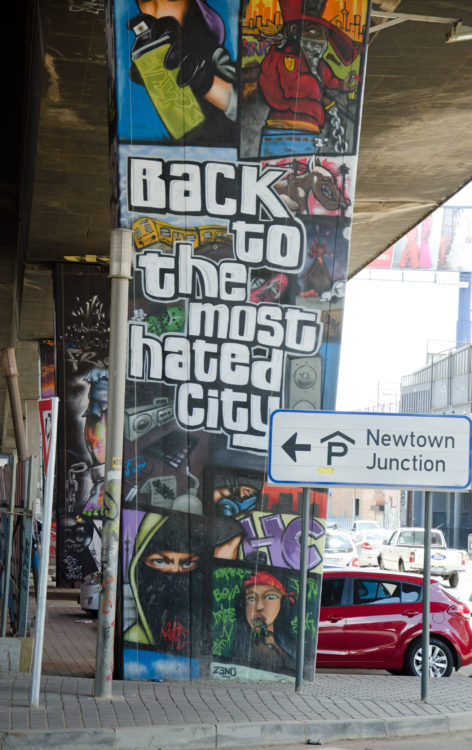 Johannesburg In Your Pocket City Guide  for up to date info on the city www.inyourpocket.com/southafrica/johannesburg 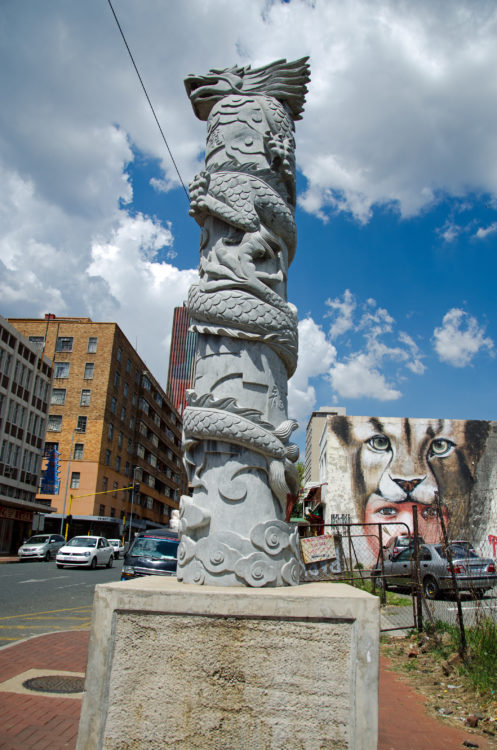