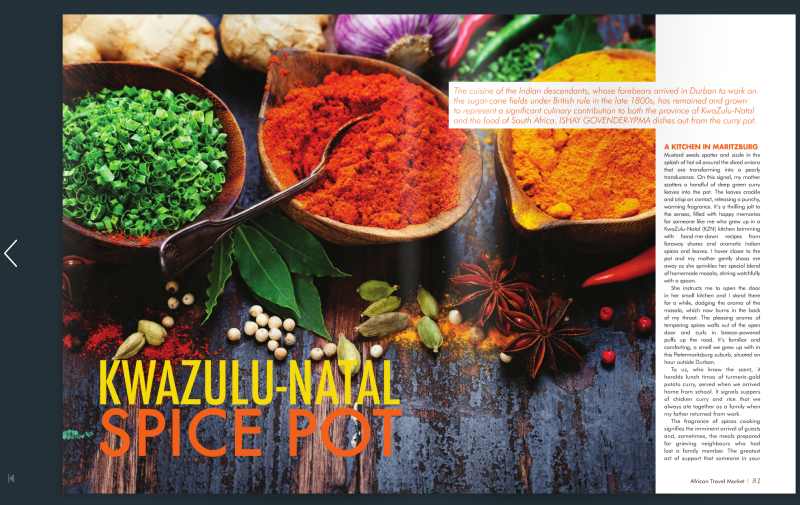 The cuisine of the Indian descendants, whose forbears arrived in Durban to work on the sugar cane fields under British rule in the late 1800s, has remained and grown to represent a significant culinary contribution to both the province of Kwa-Zulu Natal and the food of South Africa. Ishay Govender-Ypma dishes out from the curry pot, and expounds on the Durban curry. For African Travel Market

A Kitchen in Maritzburg

Mustard seeds spatter and sizzle in the splash of hot oil around the sliced onions that are transforming into a pearly translucence. On this signal, my mother scatters a handful of deep green curry leaves into the pot. The leaves crackle and crisp on contact, releasing a punchy, warming fragrance. It’s a thrilling jolt to the senses, filled with happy memories for someone like me who grew up in a Kwa-Zulu Natal kitchen brimful of hand-me-down recipes from faraway shores and aromatic Indian spices and leaves. I hover closer to the pot and my mother gently shoos me away as she sprinkles her special blend of homemade masala into the pot, stirring watchfully with a spoon

She instructs me to open the door in her small kitchen and I stand there for a while, dodging the masala that now burns in the back of my throat. The pleasing aroma of tempering spices wafts out the open door and curls in breeze-powered puffs up the road. It’s familiar and comforting, a smell we grew up with in this Pietermaritzburg suburb, situated an hour outside Durban.

To us who know the scent, it heralds lunchtimes of turmeric-gold potato curry, served when we arrived home from school. It signals suppers of chicken curry and rice that we always ate together as a family when my father returned from work. The fragrance of spices cooking signifies the imminent arrival of guests and sometimes, the meals prepared for grieving neighbours who had lost a family member. The greatest act of support that someone in your neighbourhood could perform in the days when I was a child in Kwa-Zulu Natal, was to brew a pot of tea for your visitors or bring a dishtowel-wrapped pot of curry and warm rotis or fluffly rice to provide nourishment, and comfort.

Not much has changed in this regard in these older neighbourhoods, like the one my parents still live in, where formerly, under the apartheid-sanctioned Group Areas Act Indians lived together but separately from the other South Africans. Aunty Angie across the road still sends over her one-of-a-kind mince samoosas when we visit my parents. 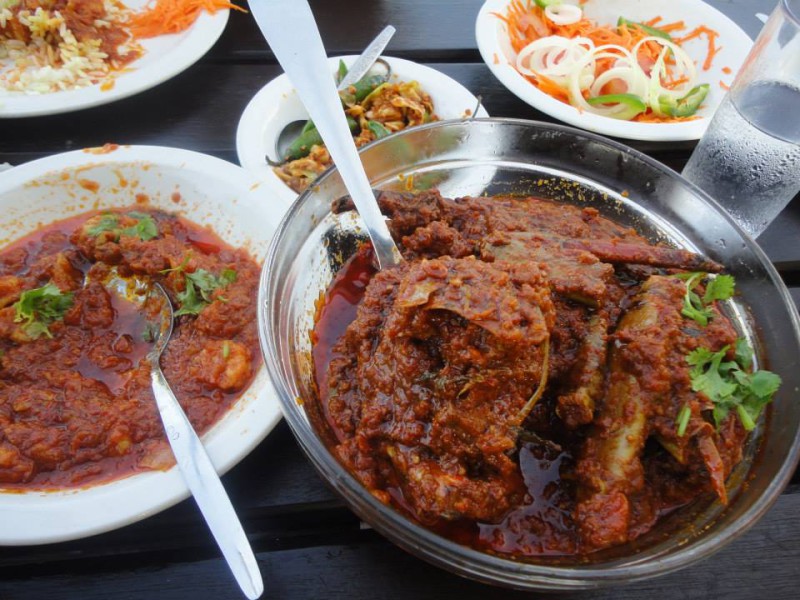 The Indian Diaspora around the world has resulted in the careful preservation of recipes from the Motherland, often adapted over the generations and around the availability of ingredients. The indentured labourers who arrived in Durban, mostly from Chennai (formerly Madras), between 1860 and 1911 contributed to what has become a significant cultural and culinary characteristic, not just of Kwa-Zulu Natal where the majority of Indian descendants live, but across South Africa. Mention bunny chow– the hollowed-out quarter loaf of white bread filled with sugar bean or mutton curry, and it’s enough to make an ex-Durbanite weep with longing. With our large and diverse collection of cultures, it really does speak volumes that the humble curry, made mostly from accessible and simple ingredients (like vegetables, flours, rice, legumes and chicken) has carved its spot in the South African culinary landscape. 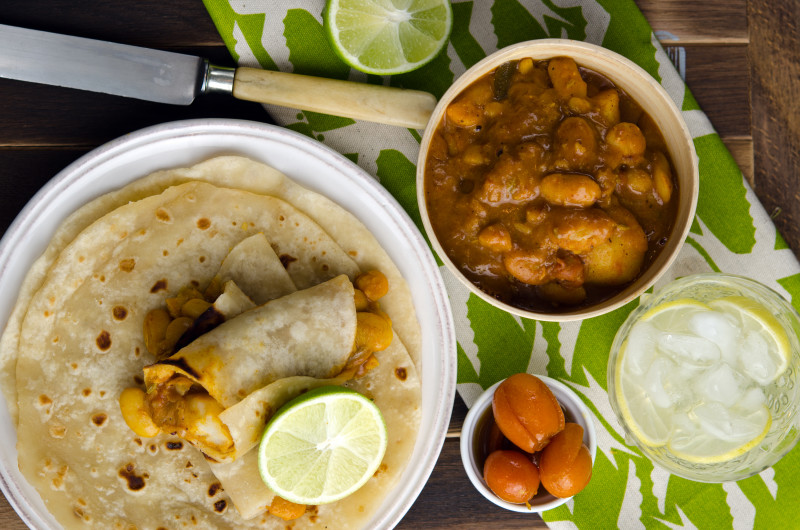 Naturally, Indian gastronomy isn’t limited to curry, and all the Indian food we know of today is a result of a complicated history of invasion, fusion, emigration and environmental adaptation. In her book Curry – A Tale of Cooks and Conquerors (Oxford Press), historian Lizzie Collingham expounds that the curry we know today, even that which arrived on the shores of Durban, is a result of a multitude of influences. The word curry is one the British picked up from the Portuguese, who were stationed in Goa, and referred to broth-based dishes as “caril” or “carree”. This was adopted from the Kanadan and Malayalam word “karil” that referenced a few sautéed dishes and seasoning spices. In Tamil “kari” also referred to these spicy seasonings, giving birth to the word curry, the generic term we use today. 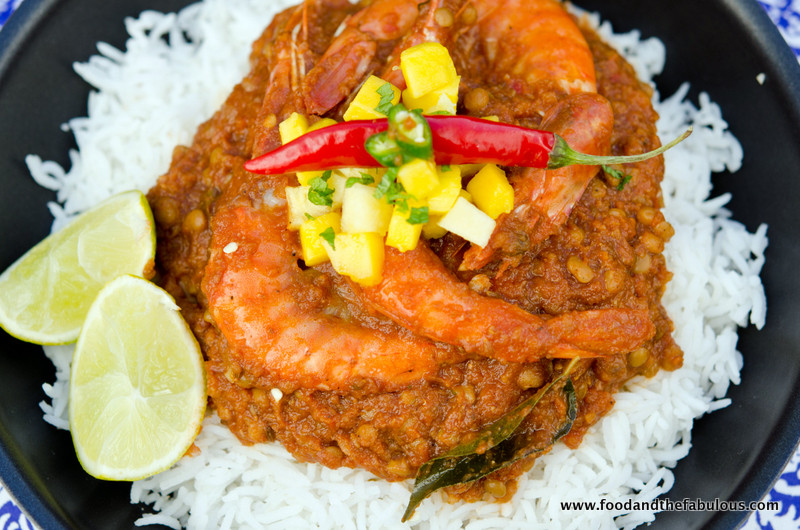 Zuleikha Mayat the 89-year-old (at the time of writing) editor of Indian Delights (Interpak Books), an iconic tome of family and community recipes published in the 1950s, and revised several times, says that Kwa-Zulu Natal’s Indian food is appealing “to anyone who loves good food.” In it, she emphasises the pleasures of home cooking, the need for frugality and taking time over meals. The book, the first project of the Women’s Cultural Group in Durban, of which Mrs Mayat is still an active member, was inspired by her desire to become a better cook than her mother-in-law, she says. A tough feat for anyone – the adage of “mother’s cooking is best” is one most children of Indian descent belonging to that generation strongly believed in.

Those who were born in Kwa-Zulu Natal (like myself) or lived there for a period, yearn for the local style of cookery that isn’t easily replicated outside the home – grandma and mother’s curries that weren’t stingy with the oil, featured the perfect “melting” potatoes and were served with finely cut tomato sambals and homemade mango and carrot achars. 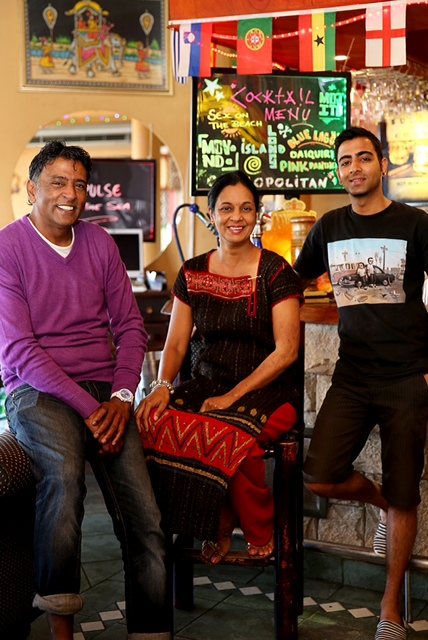 Shamen Reddi, who along with her late husband Neville, founded Impulse by the Sea restaurant in Tinley Manor twenty years ago (that she still runs), also credits her mother with impressive cooking skills.

“I know it sounds clichéd, but my mum is the best cook. Before I got married, I couldn’t fry an egg, to be honest. But, with the encouragement of my husband, who was also my greatest critic and support, I learned to prepare all the South Indian favourites from both our mums.”

The idea behind the restaurant, which started out as a take-away business on the beach, was to sell the “home food” loved by locals that Mrs Reddi explains wasn’t very easy to find at the time.

“The in-season crab curry is a signature dish. We serve it in the shell, with all those lovely juices; it’s very spicy. It’s not for the faint-hearted!” Mrs Reddi says. While she personally prepares the crab and fish dishes as well as the rotis (she often starts the day at three am) she’s taught Thami Mthethwa, a former cleaner, the ropes. They’ve been cooking together for 15 years now. 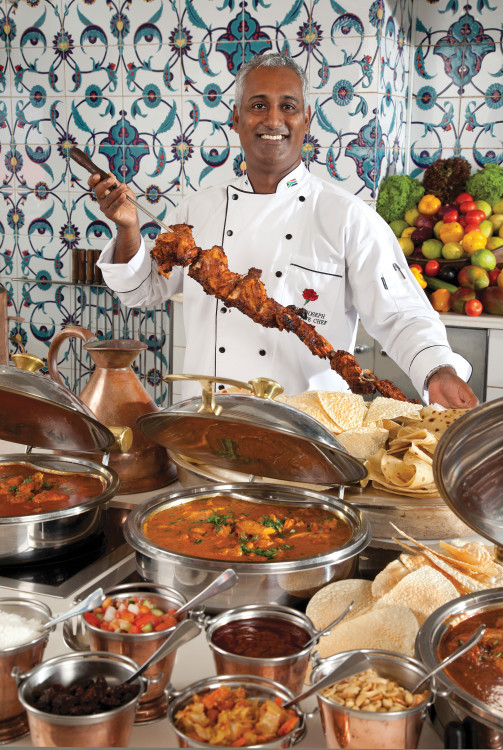 Chef Kevin Joseph, the charismatic head chef at The Oyster Box in Umhlanga mentions that it’s from his father that he learnt how to cook. It remains a challenge to contest the superiority of simply-cooked Indian fare, but Chef Joseph and his team have got it down pat, attracting a large local patronage, often the most critical customers. They know good curry, after all.

“We serve 13 varieties of curry every day. The favourites are chicken and prawn, traditional lamb curry, lamb vindaloo and vegetable korma,” he says. The curry buffet has become a must-experience activity in Durban because of the variety in one sitting (“Pace yourself,” the waiters will advise.), as well as the quality and value offered.

But, when he isn’t creating the buffet or fine dining meals with Indian-inspired flourishes, in his downtime Chef Joseph enjoys a take-away from Solly Manjras in Springfield or a sit-down meal at Malis Restaurant in Goble Road – both serving Indian food, naturally.

Turns out it’s possible to not have too much of a good thing. 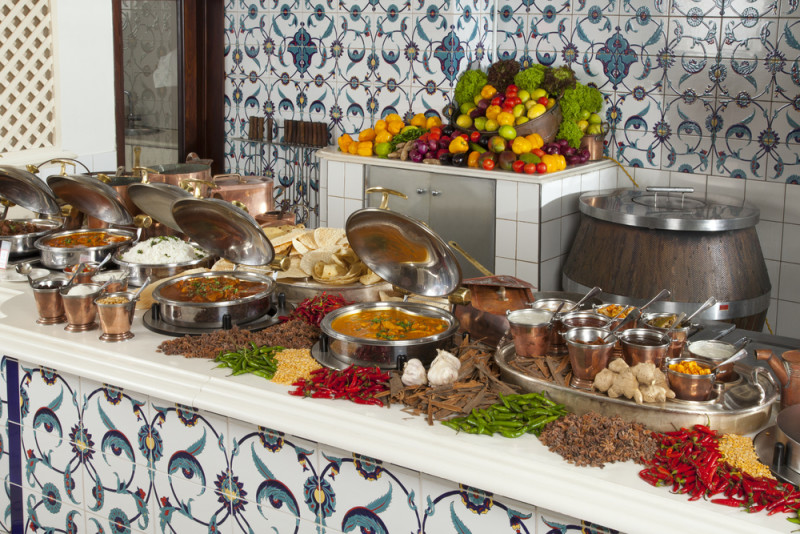