The Changing Face of Brooklyn Dining – A Tour 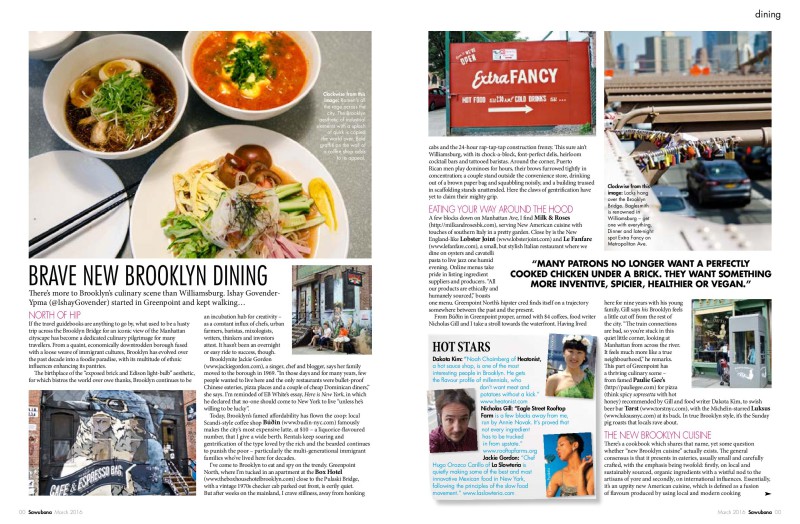 What used to be, if the travel guidebooks are anything to go by, a hasty trip across the Brooklyn Bridge for the iconic view of Manhattan’s cityscape, has become a dedicated culinary pilgrimage for many travellers. From a quaint, economically downtrodden borough fused with a loose weave of immigrant cultures, Brooklyn, has over the past decade, bloomed into a food lover’s paradise, stronger too for the multitude of ethnic influences in the pantry. The birthplace of the exposed brick and Edison-bulb aesthetic, for which bistros the world-over owe thanks, Brooklyn continues to be an incubation hub for creativity – a constant influx of chefs, urban farmers, baristas, mixologists, writers, thinkers and investors are proof of that. It hasn’t been an overnight or easy ride to success, though. Brooklynite, Jackie Gordon, a singer, chef and blogger (www.jackiegordon.com) says her family moved to the borough in 1969. “In those days and for many years, few people wanted to live here and the only restaurants were bullet-proof Chinese restaurants, pizza places, a couple of cheap Dominican diners,” she says. I’m reminded of E.B.White’s Here is New York essay, in which he lovingly penned that no one should come to New York to live “unless he is willing to be lucky”. 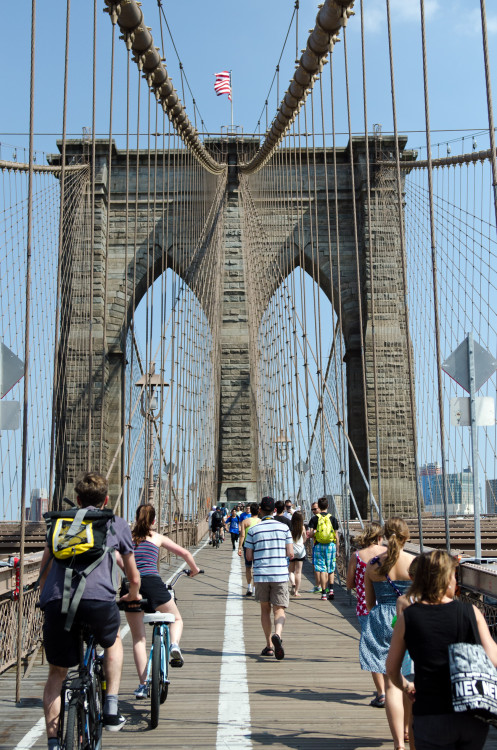 Today, Brooklyn’s famed affordability has flown the coop – local Scandi-style coffee shop Búðin famously made the city’s most expensive latte, at $10 – a liquorice flavoured number, that I give a wide berth. Rentals keep soaring and gentrification of the type loved by the rich and the bearded continues to punish the poor – particularly the multigenerational immigrant families who have lived here for decades.

I’ve come to Brooklyn to eat and spy on the trendy. Greenpoint North, where I’m tucked in an apartment at the Box Hotel close to the Pulaski Bridge, with a vintage 1970s checker cab parked out front, is eerily quiet. But, after weeks on the mainland, I crave stillness, away from honking cabs and the 24-hour rap-tap-tap construction frenzy. This ain’t no Williamsburg with its choc-a-block font-perfect delis, heirloom-cocktail bars and tattooed baristas. Around the corner, Puerto Rican men play dominoes for hours with brows furrowed tight in concentration, a couple drinks out of a brown paper bag outside the convenience store, squabbling noisily and a building trussed in scaffolding stands unattended. Here, the claws of gentrification have yet to claim a mighty grip. 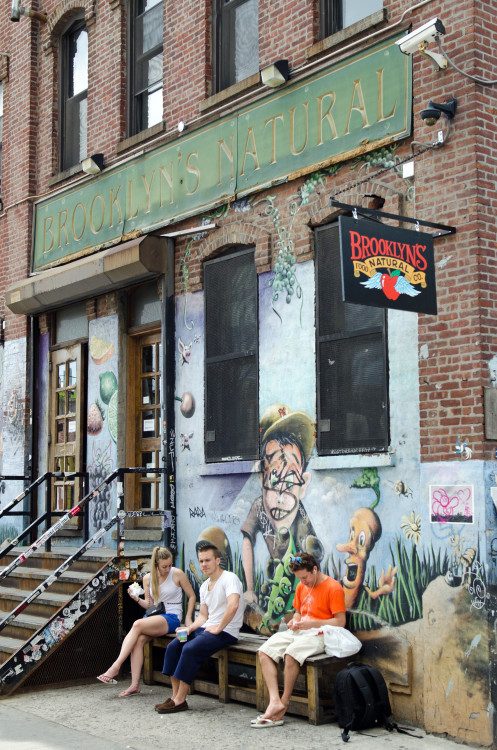 A few blocks down on Manhattan Avenue I find Milk & Roses serving New American cuisine with touches of southern Italy in a pretty garden. Close by is the New England-y Lobster Joint and Le Fanfare, a small but stylish Italian restaurant where we dine on oysters and cavatelli pasta to live jazz one humid evening. Online menus take pride in listing ingredient suppliers and producers. “All of our products are ethically and humanely sourced,” one menu boasts. Greenpoint North’s hipster-cred finds itself on a trajectory somewhere between the past and the present.

From Búðin in Greenpoint proper, armed with $4 coffees, food writer Nicholas Gill and I take a stroll towards the Greenpoint waterfront. Living here for nine years with his young family, Gill says that his Brooklyn feels a little cut off from the rest of the city. “The train connections are bad so you’re stuck in this quiet little corner, looking at Manhattan from across the river. It feels much more like a true neighbourhood,” he says. This part of Greenpoint has a thriving culinary scene – from famed Paulie Gee’s for pizza (think spicy sopresetta with hot honey) recommended by Gill and food writer Dakota Kim, to swish beer bar Tørst with the Michelin-starred Luksus out back. In true Brooklyn style, it’s the pig roasts on Sundays that locals rave about. 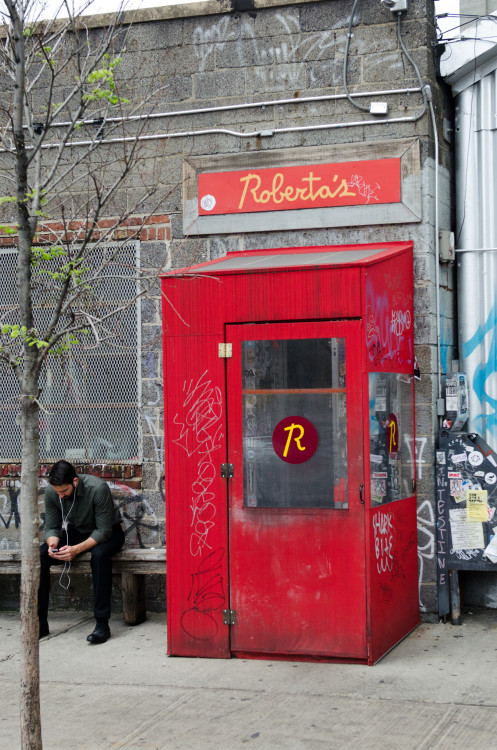 There’s a cookbook that shares the name, yet some question if “New Brooklyn Cuisine” actually exists. The general consensus is that it presents in eateries, usually small and carefully-crafted with the emphasis being twofold  – on local and sustainably sourced, organic ingredients with a wistful nod to the artisans of yore, and secondly on international influences. Essentially, an uppity New American Cuisine, which is defined as the fusion of flavours with local and modern cooking techniques – the antithesis of McDonald’s. Peter Luger’s legendary porterhouse (http://peterluger.com), originally established in 1887, remains a classic, but New Brooklyn Cuisine is being driven by the likes of prolific restaurateur Andrew Tarlow who owns Marlow & Sons, Marlow & Daughters, Achilles Heel and the Wythe Hotel, a former factory which boasts an enviable rooftop bar.

Cookbook author and Bedford-Stuyvesant resident, Nicole Taylor (www.foodculturist.com) says that New Brooklyn Cuisine gives a nod to the past and the present. “From Brighton Beach to Red Hook, my borough is filled with family-owned businesses,” she says, adding that Chitra Agrawal, owner of Brooklyn Delhi (www.brooklyndelhi.com)who manufactures small batch Indian pickles and relishes, is considered a new influencer. 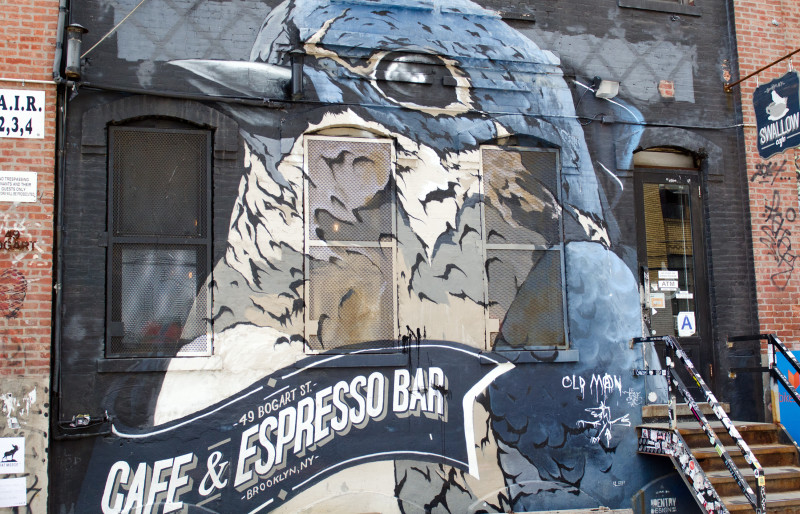 Kim, a Greenpointer who got to know Brooklyn back in the late 90s (“crackling with energy and rawness”), says that the latest incarnation of New Brooklyn Cuisine “is being created by the children of immigrants – people like Soozee Nguyen, the executive chef at Black Flamingo [www.blackflamingonyc.com; a Latin tapas restaurant], who draws on her Vietnamese-American upbringing and her experience as a vegan chef.” Kim adds, “Many patrons don’t want a perfectly-cooked chicken under a brick anymore. They want something more inventive, spicier, healthier or vegan. You can see that vegan-yet-fun health trend happening.”

Both Gill and Gordon question the term “New Brooklyn Cuisine. “Worldwide, chefs are thinking about creating a local version of everything, from kitchen knives to barbeques. I think Brooklyn gets so much attention because it happened on a larger scale here first, but that was ten years ago,” says Gill. Gordon adds the slightly lower overheads mean chefs can be creative “because they don’t have to play the crowd to pay the rent.”

For Taylor, it’s the vast cultural history and handsome tree-lined streets that endear her to her Brooklyn neighbourhood. As I explore across Brooklyn, I readily agree with Gordon who insists you don’t need to travel far to eat well here. One of her favourite pastimes is to barbeque at Brooklyn Bridge Park, observing what other families from different cultures cook and eat. I originally arrive here with a dining list for Williamsburg and a desire to hunt down the classic Polish food still served at traditional restaurants like Karczma in Greenpoint. I leave with a shift in perspective on American fusion food, the New Brooklyn Cuisine: it is pioneering, bold and somewhat elusive. E.B White, I guess Brooklyn bid her time, willing to be very, very lucky. 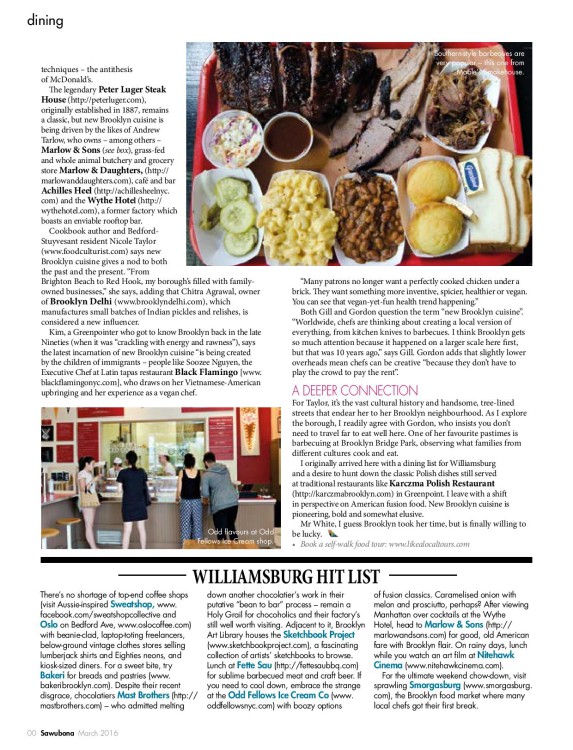 Book the toughest table in town for a pricey but outstanding meal at Chef’s Table at Brooklyn Fare: http://www.brooklynfare.com/pages/chefs-table

Dakota Kim: “Noah Chaimberg of Heatonist, a hot sauce shop is one of the most interesting people in Brooklyn. He gets the flavour profile of Millennials, who don’t want meat and potatoes without a kick.” http://www.heatonist.com

Nicholas Gill: “Eagle Street Rooftop Farm is a few blocks from me, run by Annie Novak. They’ve proved that not every ingredient has to be trucked in from upstate.” http://www.rooftopfarms.org

Jackie Gordon: “Chef Hugo Orozco Carillo of La Slowteria is quietly making some of the best, most innovative Mexican food in New York following the principles of the Slow Food Movement.” www.laslowteria.com

For a sweet bite, try Bakeri for breads and pastries (www.bakeribrooklyn.com). Recently disgraced chocolatiers Mast Brothers (http://mastbrothers.com) have been the Holy Grail for foodies since the late 2000s and still worth a visit for a tasting at the factory.

After ogling Manhattan over cocktails at the Wythe Hotel (http://www.wythehotel.com), head to Marlow & Sons (http://marlowandsons.com/) for good ol’ American fare with Brooklyn flair.

For rainy days lunch while you watch an art film at Nitehawk Cinema: http://www.nitehawkcinema.com/.

For the ultimate chow down, visit sprawling Smorgasburg (http://www.smorgasburg.com), the Brooklyn food market over weekends, where many local chefs got their first break.