This was written for Business Day Wanted, 8 November

In line with the trends in cities in the U.S and U.K, a proliferation of smartly designed food trucks have appeared across Cape Town, and street food, normally in abundance in the townships, has made a slow crawl into urban areas. I investigate the state of street food across Cape Town. 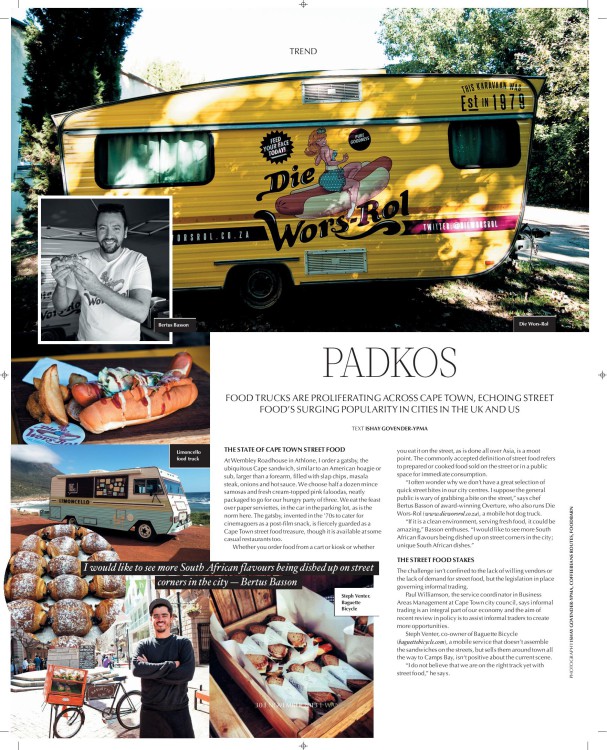 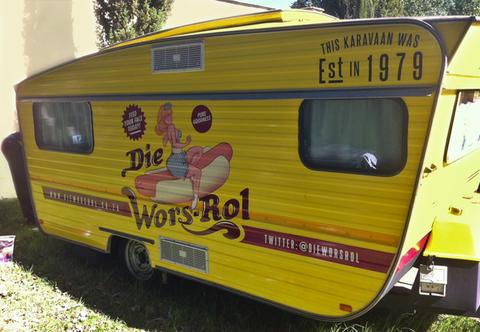 At Wembley Roadhouse in Athlone, I order a gatsby, the ubiquitous Cape sandwich, similar to an American hoagie or sub, larger than a forearm, filled with slap chips, masala steak, onions and hot sauce. We choose half a dozen mince samosas and fresh cream-topped pink faloodas, neatly packaged to go for our hungry party of three. We eat the feast above paper serviettes, in the car in the parking lot, as is the norm here. The gatsby, invented in the 70’s to cater for cinemagoers as a post-film snack, is fiercely guarded as a Cape Town street food treasure, though it is available at some casual restaurants too.

Whether one orders food from a cart or kiosk and if one even eats it on the street, as is done all over Asia, is a moot point. The commonly accepted definition of street food refers to prepared or cooked food sold on the street or in a public space for immediate consumption. 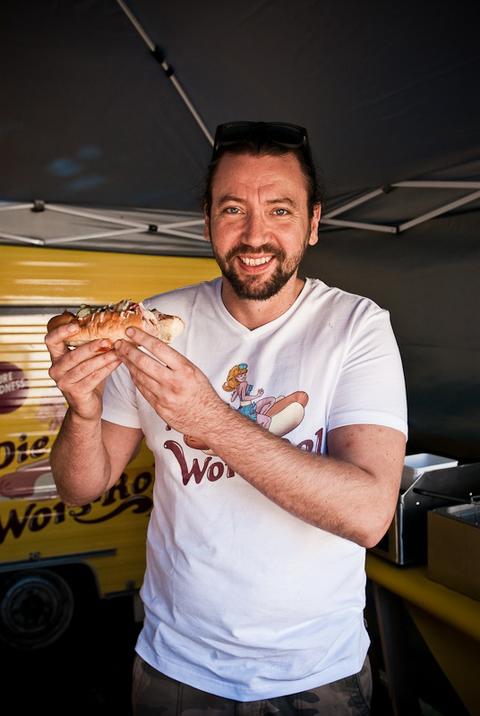 “I often wonder why we don’t have a great selection of quick street bites in our city centers. I suppose the general public is wary of grabbing a bite on the street,” says Chef Bertus Basson of award winning Overture, who also runs Die Wors Rol, a mobile hot dog truck.

“If it is a clean environment, serving fresh food, it could be amazing,” Basson enthuses, “I would like to see more South African flavours being dished up on street corners in the city, unique South African dishes.” 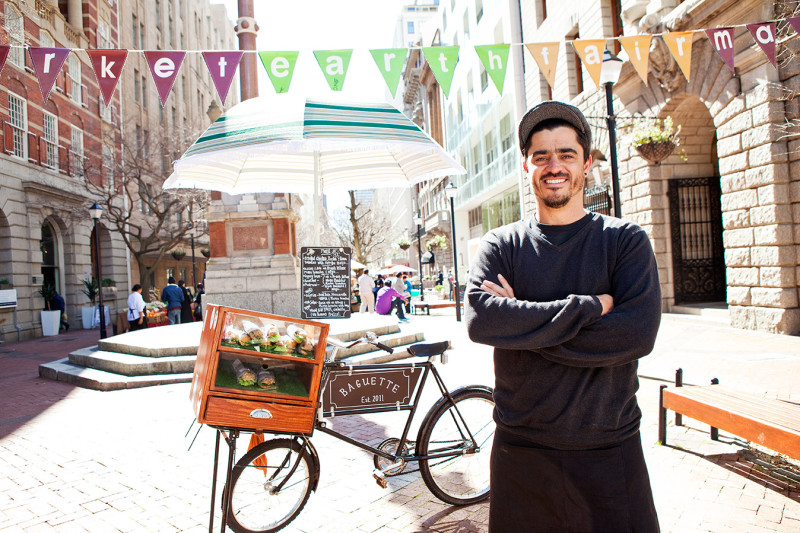 The challenge isn’t confined to the lack of willing vendors or the lack of demand for street food, but the legislation in place governing informal trading.

Paul Williamson, the service coordinator in Business Areas Management at Cape Town city council states that informal trading is an integral part of our economy and the aim of recent review in policy is to assist informal traders to create more opportunities.

Steph Venter, co-owner of Baguette Bicycle, a mobile service that doesn’t assemble the sandwiches on the streets, but sells them around town up to Camps bay isn‘t positive about the current street food scene.

“I do not believe that we are on the right track yet with street food,” he says.

“It is sad to see how people are renovating and improving shops and malls for the 2014 World Design Capital, but what are we doing to improve the visuals and quality on the streets in terms of food and beverage?” he asks.

“My idea of street food is to have good quality food on the street everyday.”

Venter isn’t alone in his concerns.

“I would like to see the city of Cape Town supporting the food truck movement by providing trading space in accessible and unique locations considered “no-trade zones”,” says Jessica Bonin of Lady Bonin’s tea parlour, a quirky mobile tea caravan.

“It is a wonderful opportunity for entrepreneurs with limited capital to enter the food market,” she adds.

And this would correlate with what Williamson and his team envisage for the growth of the informal trade sector. 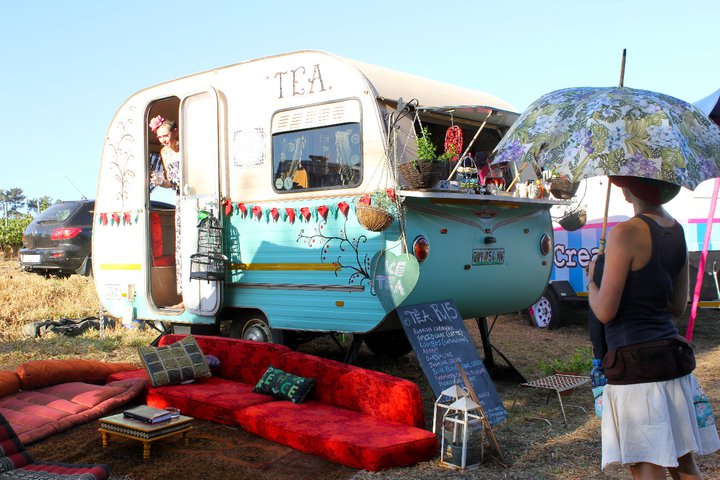 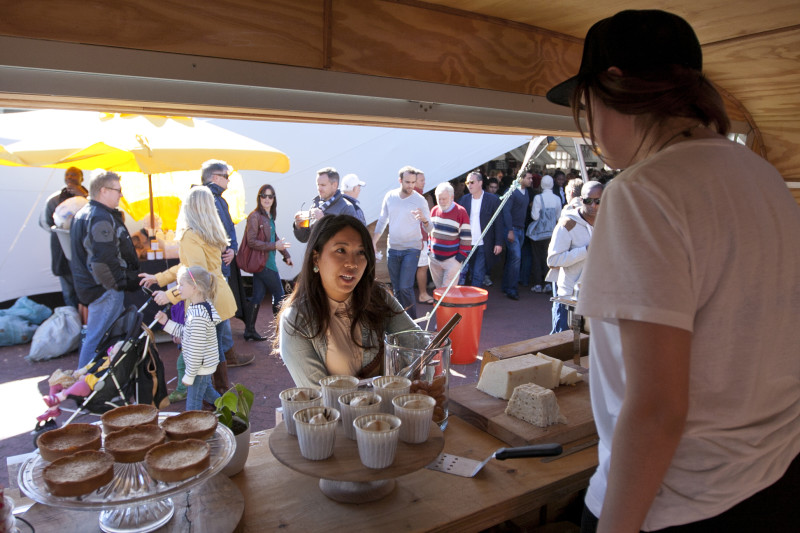 Cape Town’s more popular city street food such as filled vetkoek, boerewors rolls are a far cry from street food available in open trade countries and even those with strict regulations in place such as Turkey and Singapore. In Istanbul traders offer everything from fresh bread and full breakfasts, tea and coffee, grilled corn and mackerel sandwiches.

In direct response to the global trend and the consumer’s desire to buy good food cheaply and quickly, the informal Cape Town Food Truck Association, chaired by former Limoncello restaurant owner Luca Castiglione has become an agency for anyone needing food truck know-how. The Limoncello truck is sought after in the city and at events and offers eaters options such as calzone, mussels, risotto and tuna steak burgers at affordable prices.

Word of mouth and social media have helped gather the Limoncello truck a large following. Known for his Naples style of cuisine, Castiglione maintains, “The best advertisement for our food truck is the food we serve.”

Food trucks are generally self-driven with fully or partially fitted kitchens and these costly components may put hawkers who also require a license under the informal trading laws, at an additional disadvantage. 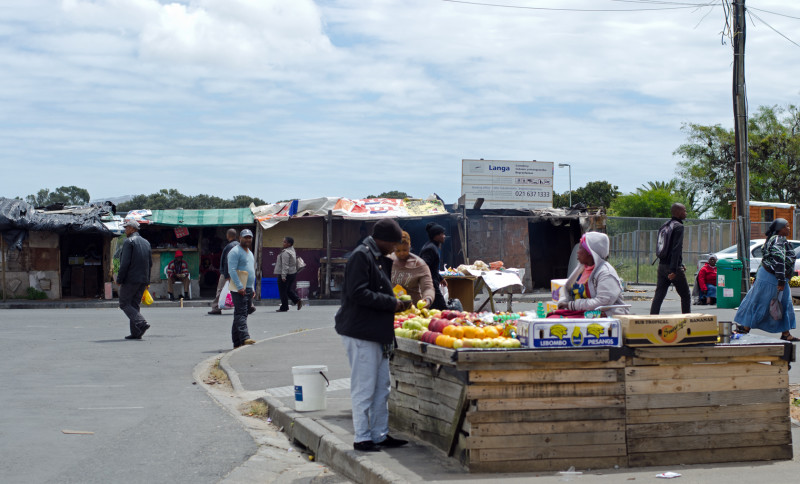 Outside the townships or the odd shop like Woza Food at Golden Acre shopping centre, there are few opportunities to enjoy the popularly termed ‘loxion’ cuisine. Popular foods include intloko yegusha (smiley or sheep head), amanqina enkukhu (walkie talkies or chicken feet), ulusu (tripe), tshisa nyama (meat on the grill), and the local brew umqombothi. 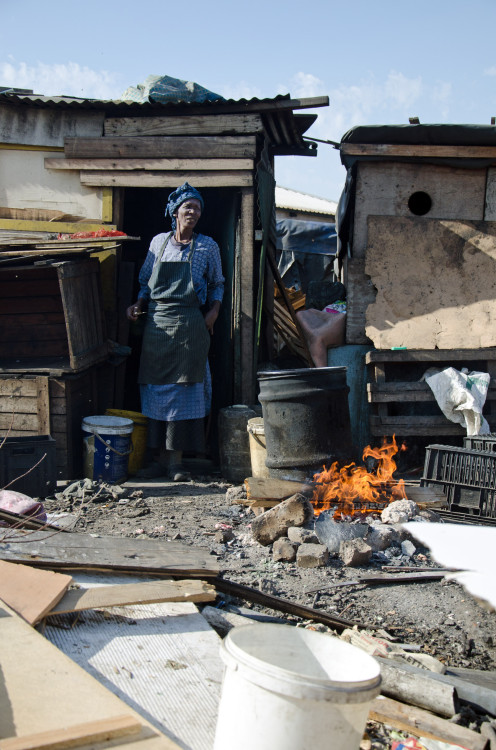 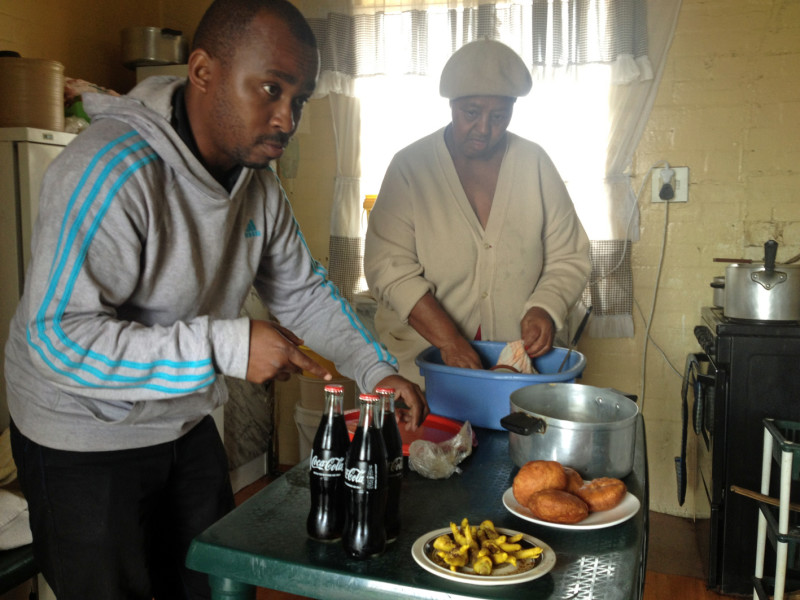 In Langa, Mrs Simi Fongaqa makes some of the best walkie talkies, flavoured with turmeric and served with home-made ginger beer and. A filled vetkoek at a container kiosk sells at R1.50. Traditionally these street foods were bought by rural men working in the cities as a filling, cheap meal that reminded them of home. 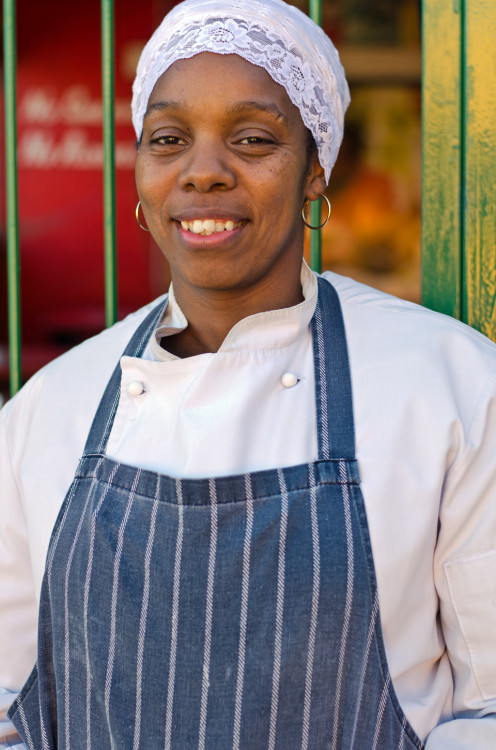 Viki Mangaliso who runs her family butchery Nomzamo in Langa, caters for all budgets. Her father started the tshisa nyama addition to the butchery 30 years ago, and customers visit for a quick snack.

Cape Malay food has had the biggest influence on the population in the Cape and while there aren’t always samoosas and koeksisters for sale on the streets, the Cuisine Routes tour makes personal home visits to cooks in the Bo Kaap. 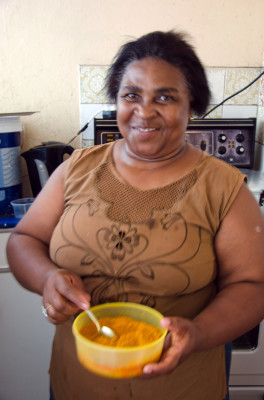 When head chef at Pot Luck Club in Woodstock, Wesley Randles introduced the crispy pigtail to the menu culinary circles cooed in response. Sweetbreads and other organs have long been the domain of the expert kitchens at fine dining establishments, but extremities have not.

Chef Franck Dangereux of the Food Barn in Noordhoek grew up eating and enjoying offal. “You need to come up with clever ideas and ways to highlight or accommodate the textures and strong natural flavours,” he says. At his restaurant you will find various offal dishes including tripe cooked in tomato with chilli. The braised pig trotter has been a long standing faithful on the menu at Bizerca. 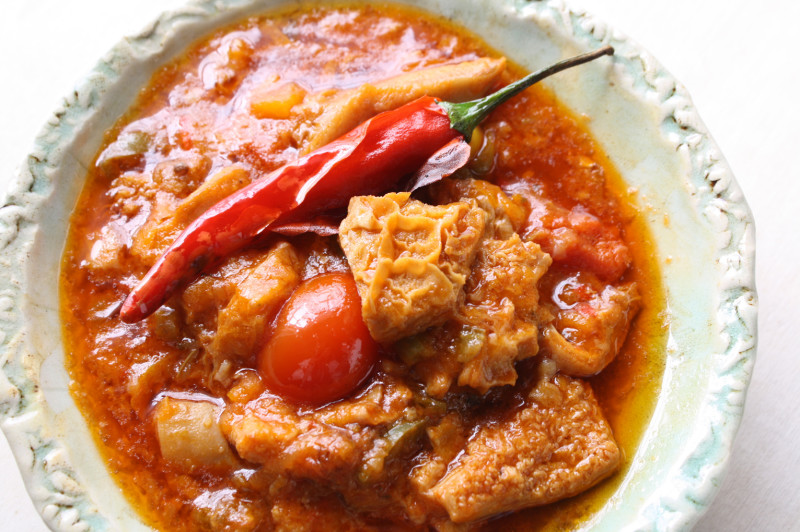 The future of Street Food

Health legislation pertaining to informal food traders should apply equally to all communities. “Some health officials are far more understanding in the townships, assisting traders to achieve the basic level of hygiene needed,” shares Paul Williamson, “ Some communities too are more proactive in encouraging trade. I’m in favour of leniency and a more consistent approach by health inspectors.”

The international visitors that the 2014 World Design Capital brings to the Mother City may also be the catalyst that propagates the already active street food movement in Cape Town. 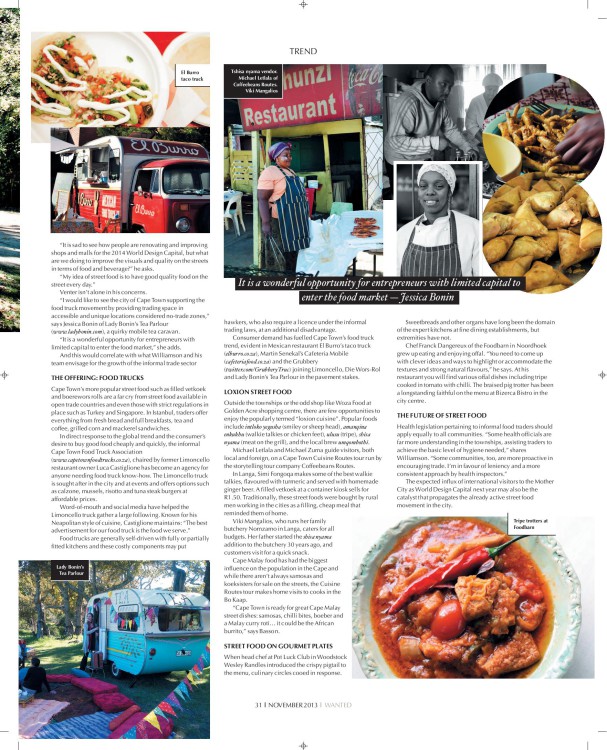 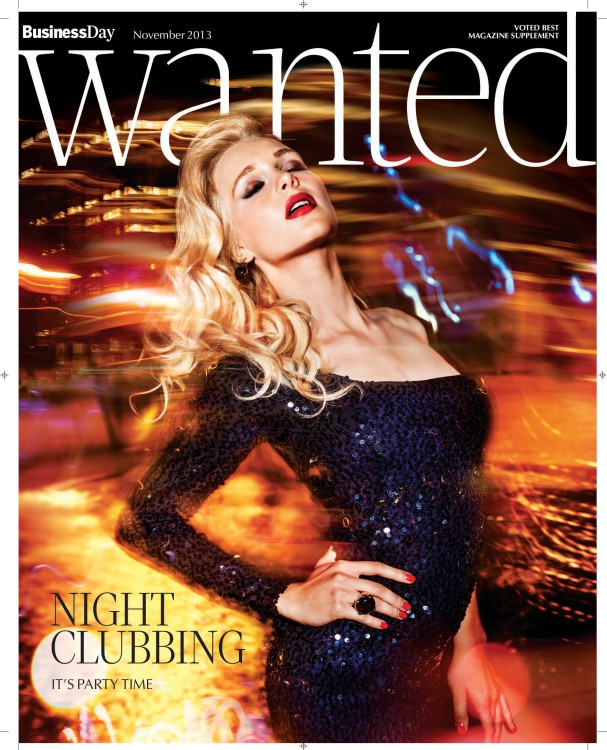