Springbok By the Seaside

Ishay Govender-Ypma dines with Slow Food founder and president Carlo Petrini in Paternoster, and holds back on the big questions. Inevitably some of the big answers reveal themselves over delectable skewers of springbok with wild rosemary. Written for Taste Magazine

It was a moment meant for the cameras, or Snapchat, perhaps. A sun-drenched winter day in Paternoster, we were sitting on the stoep, gazing at the frilly waves from Kobus van der Merwe’s highly anticipated restaurant, Wolfgat. With our fingers, we’d eaten skewers of succulent springbok fillet threaded on kapokbos (wild rosemary), served communal style in large bowls to our party of nine. Two of my tablemates, both inspiring food activists, eyed the bowls filled with meat drippings and desert dune nara (botterpitte) butter, a temptation too alluring to resist. In a flicker of collusion, they tipped the large bowls back and drank, to our amusement, to our delight. At that very instant, Carlo Petrini, founder and president of Slow Food International and our guest of honour walked back to the table, having popped into the kitchen (unbeknown to us), to request more bread to dip into the delectable springbok and nara juices. Alas, it was too late, and he squealed in protest – dramatic hand gestures and Italian prose; his translator Francesco Anastasi curled up in a ball of laughter 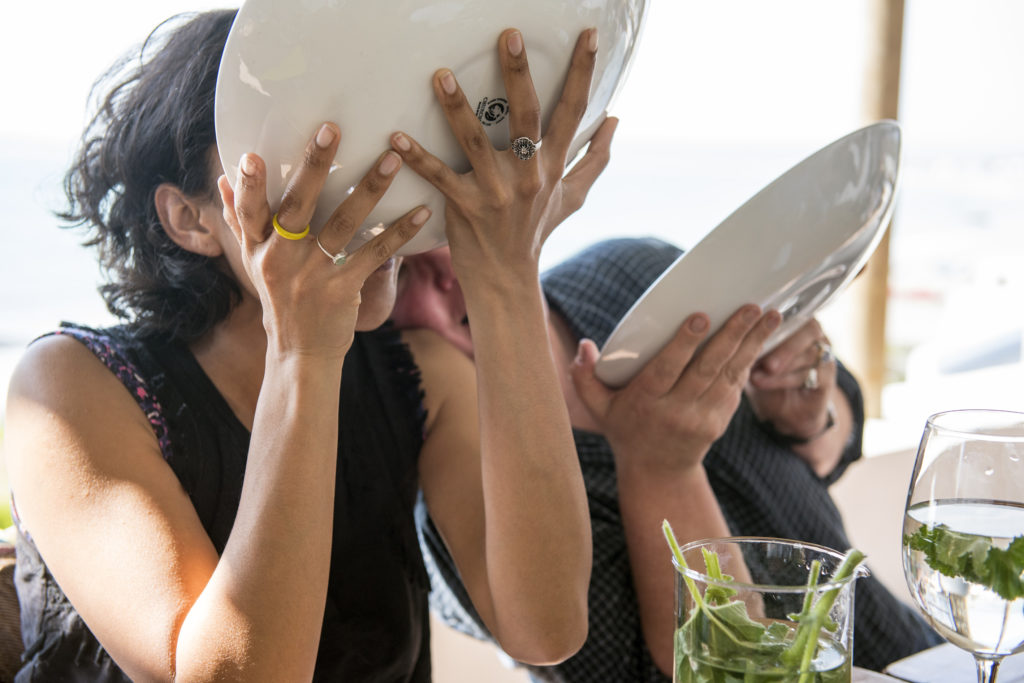 Bonding over the unexpectedly lovely sunshine and exquisite platters of Wolfgat’s seasonal food featuring local strandveld kos, foraged within metres of the beach in some instances, had loosened our restraint. The initial sense of formality at our esteemed guest’s presence soon eased into a jovial familiarity. The wine played its part too, no doubt. When Kobus arrived at the table with a basket of fresh bread as per Mr Petrini’s request, the table burst into a fresh wave of giggles. We agreed heartily – the tender springbok, just-foraged herbs and the buttery nara were a match made for the food gods. Together with the briny limpets, chopped finely and served in the shell, and the angelfish sitting on bokkom sambals, skin so feather-light and crisp – I heard Mr Petrini sigh with pleasure as he ate – we were sampling the best of late winter West Coast food.

I’ve eaten springbok many times, some of it good, and some mediocre. To share the local game with a first-timer (it was Mr Petrini’s first visit to southern Africa), and particularly, a knowledgeable eater, whose experiences are varied, vast and underpinned by the tenet of food ethics and sustainability, heightened my own enjoyment. Sitting across from him, I watched his eyes close in appreciation, and crinkle with joy as we raised glasses to another course. 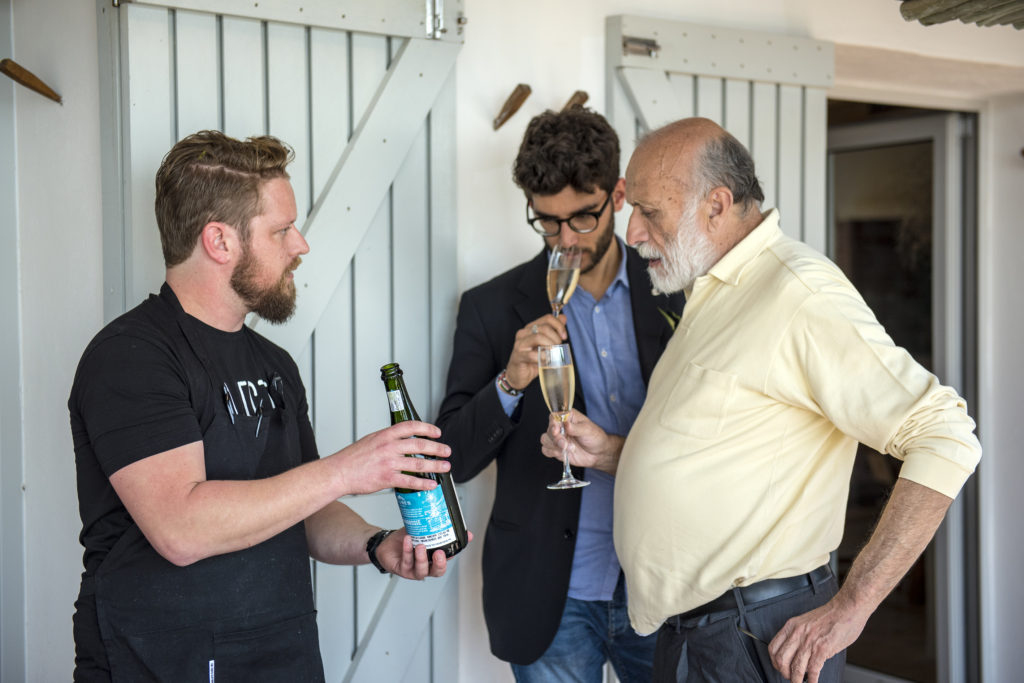 It wasn’t entirely a surprise, when at the end of the meal, Mr Petrini called for Kobus and the kitchen staff, rolled up his elegant shirtsleeves and in lavish, poetic Italian told us about some of his finest dining experiences, from Ferran Adria’s establishments in Barcelona to the French Michelin-stared restaurants with white-gloved wait staff and extravagant food. To the staff’s delight, he concluded: “I want you to know, you’re very lucky to come from this land. The sensations of this place that you know so well are linked to the tastes we had today. Get ready, because where there is good food like this, the people will come.”

Not wanting to break the spell on our light-hearted afternoon, I bid my time. Eventually, I asked Mr Petrini about extremes: food hedonism and food insecurity, and the quest for balance between both these seemingly opposed worlds. Compassion, he replied, is a quality that has helped him feel closer to a sense of equilibrium with the imbalance in the food world.

And a sparkling sense of humour would not go amiss, I thought, reflecting on the spontaneity of our tablemates over the bowls of springbok juices and Mr Petrini’s hilarious protestations that drew a table of acquaintances closer that afternoon. 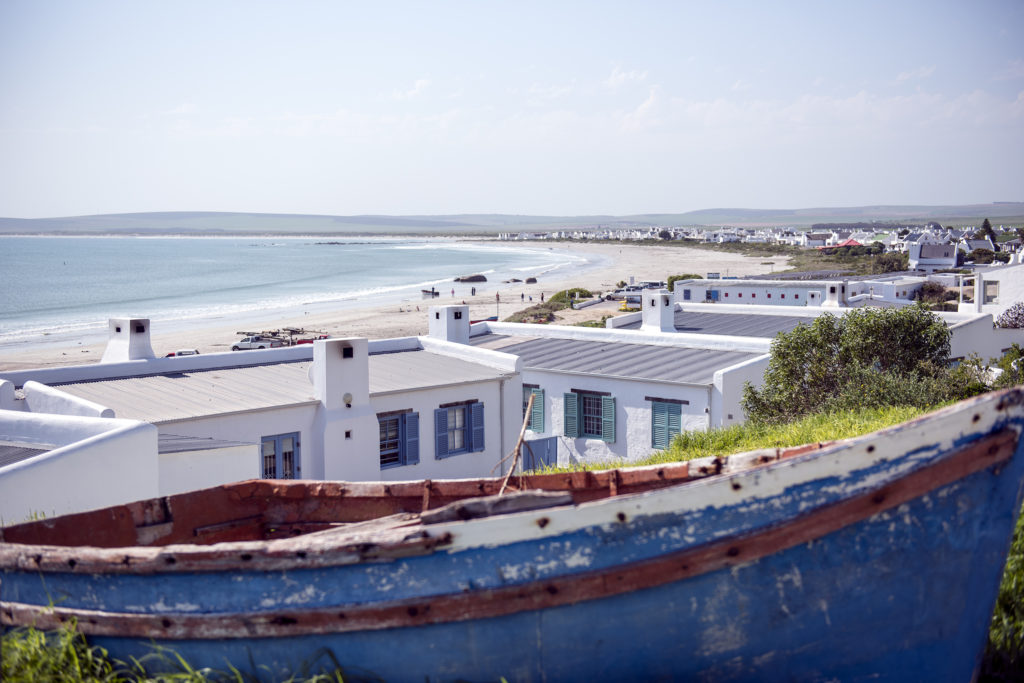