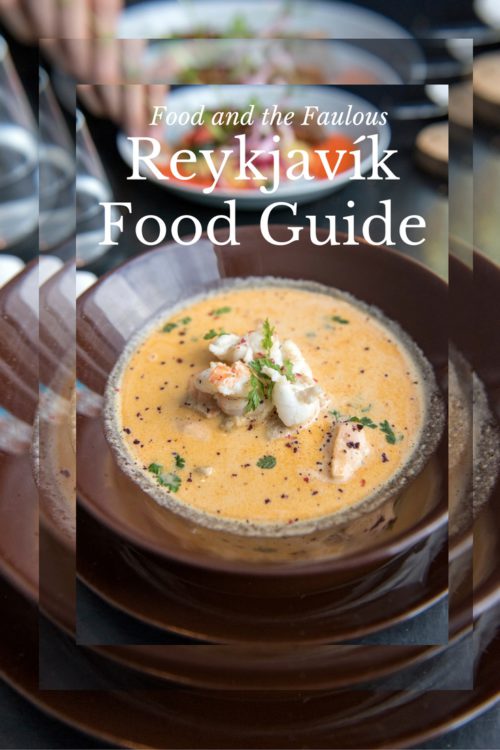 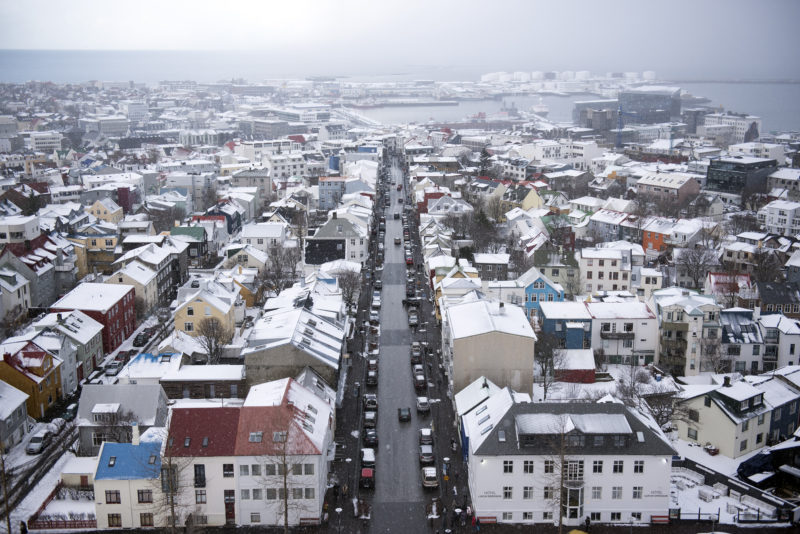 Reykjavik from the main church

For a capital city this small, home to around two-thirds of Iceland’s total population of 323 000, Reykjavik has charm at every turn. Compact but colourful, the world’s most northerly capital city is bustling with bars, brunch spots and bistros that pay homage to Iceland’s rich, and sometimes objectionable food traditions.

Of Vikings and Eternal Winters

Iceland in winter etches a stark landscape of snow-and-ice-covered lava rock fields, frozen waterfalls, blue glaciers and wild oceans roaring against black sand beaches. With an average temperature of zero degrees in the south and -10 in the north, and few signs of life from flora or fauna on the long stretches along the national road, one wonders what the settlers made of it. And what, and how they ate. The pillaging Viking forefathers arrived from Norway around 874 AD with their distinct food-ways, challenged by the land on which only the arctic fox lived.

They ate small qualities of primitive grains, carried with them to plant in the harsh new land. In spite of incredible difficulty in raising livestock, it took the Icelanders 1000 years to abandon their pastoral efforts, food historian Nanna Rögnvaldardóttir explains in her book Icelandic Food and Cookery, and finally look to the bounty of the seafood-rich North Atlantic waters. Subsequently, they became a nation of fishermen. As the Icelandic saying goes: “half of our country is the sea”.

One of the most famous Icelandic foods – and far less controversial than the others, also arrived with the Vikings – skyr. Skyr is a cultured dairy product with the texture of thick yoghurt, but made in the style of a cheese with the use of rennet. It’s high in protein and virtually fat-free. Icelanders abroad are said to become homesick at the thought of a bowl of fresh, thick skyr whipped with sugar and studded with tart crowberries. 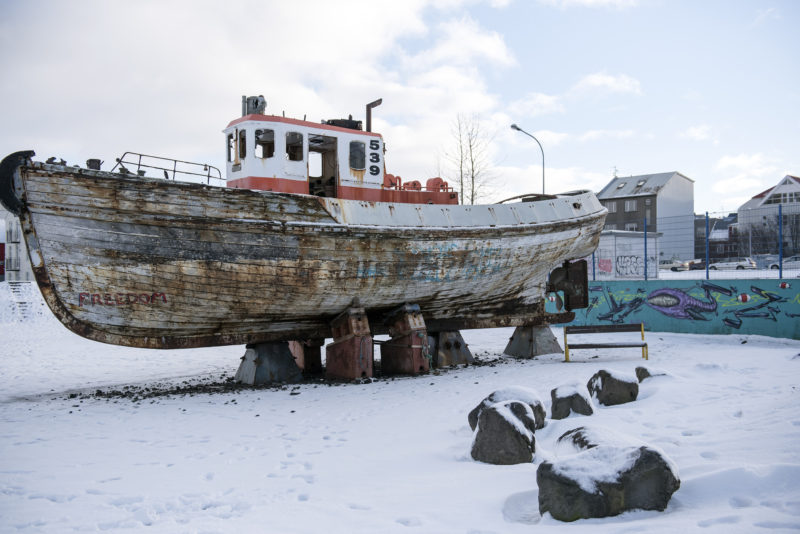 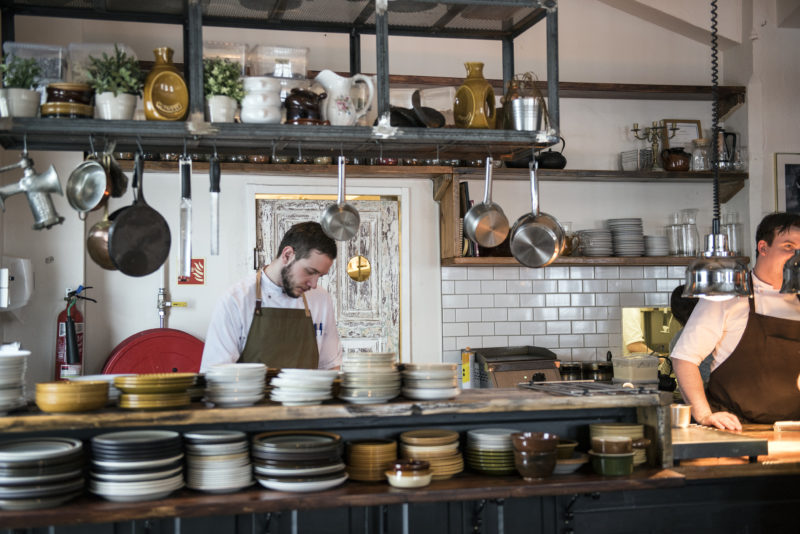 Madur restaurant, a nod to the ancient foodways

Icelanders have faced hardship since time of the Settlement and food sources, though scarce, range from the virtually inedible “rotted” or fermented shark (hákarl), reeking of ammonia – often washed down with a shot of caraway-infused Brennivín, whey-fermented ram’s testicles, singed sheep head (svid), blood sausage and dried fish (hardfiskur) – today enjoyed with creamy butter, fluffier in texture than the French variety. Eating whale (usually minke, which isn’t endangered), puffin, horse and the local Greenland shark served as hákarl, tend to go against the grain of many Westerner’s cultural values, but aren’t forced down the throats of tourists, as some guidebooks will have you believe.

The Þorrablót festival takes place around February, or the fourth month of winter according to the Vikings and pays homage to the pagan ritual. Revived in the 50s, some restaurants serve buffet spreads of fermented shark, whale blubber, dried fish, sheep liver and brawn sausage, sheep heads, aspics, pickled ram’s testicles, unleavened rye bread and Brennivín – good ol’ Viking nosh. The hardy Icelandic sheep, as you can tell, has been an important part of the local diet.  Journalist and food guide Guðrún Sigurðardóttir tells me about the tradition of making liver and blood sausage with her family, which still endures around her grandmother’s table.

Food Traditions and The New Nordic

Chef Gísli Auðunsson opened his second restaurant Matur og Drykkur, meaning “food and drink”, the same name of a historical Icelandic culinary book by Helga Sigurðardóttir, in a restored salt factory in Reykjavik to serve modern Icelandic food based on the traditional dishes. “We serve halibut soup. It’s a recipe from a long time ago that my grandmother insists I include here,” he says. Expect working class meals of cod’s head soup and cod’s tongue on the menu. “Tourism has done so much for our own appreciation of food here in Iceland,” he says, crediting the New Nordic movement from Denmark with helping cusines from Peru to Iceland to establish a respect for local and seasonal produce “in our own backyard.” Naturally, in a country where most produce is grown in greenhouses and many ingredients have to be imported, it places its own challenges on the movement’s ethos. Auðunsson’s Matur og Drykkur aims to foster pride in locals about their own food heritage.

If you can’t get into the city’s top restaurant, Dill by chef Gunnar Gíslason visit the vibey hostel Kex. Here, Gíslason’s menu offers low-key plates of roasted bone marrow the size of your forearm, homemade sausages with wild mushrooms and slow-cooked beef cheek or lamb shanks. Served on communal benches in a low-lit open dining room and bar, with worldly backpackers checking in and house music pumping, while stoic joggers battle blizzards outside along the waterfront, it’s about as ‘Reykjavik hip’ as you could hope for. 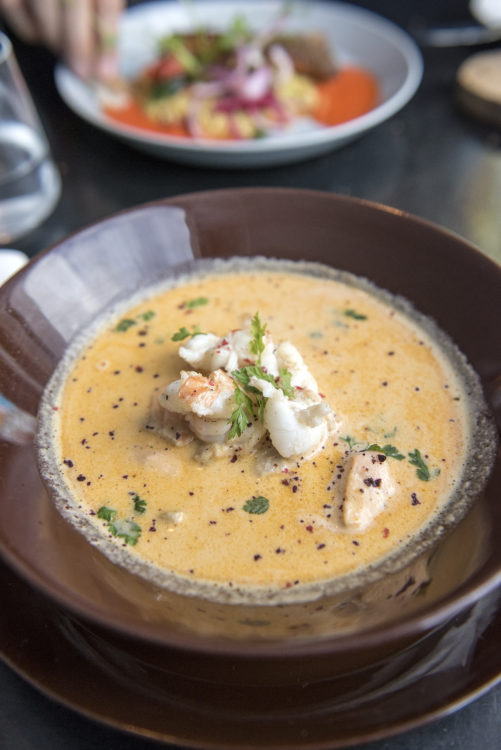 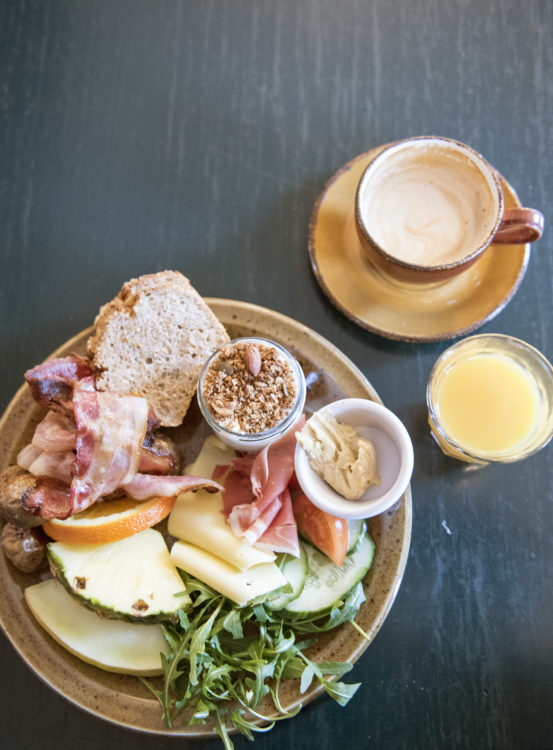 Bæjarins Beztu Pylsur: Hot dog stand near the concert hall, an Icelandic speciality made with pork, beef and lamb and served with fresh and crunchy fried onions, sweet mustard and remoulade sauce. Run by the same family since the 30s. Tryggvatagata 1 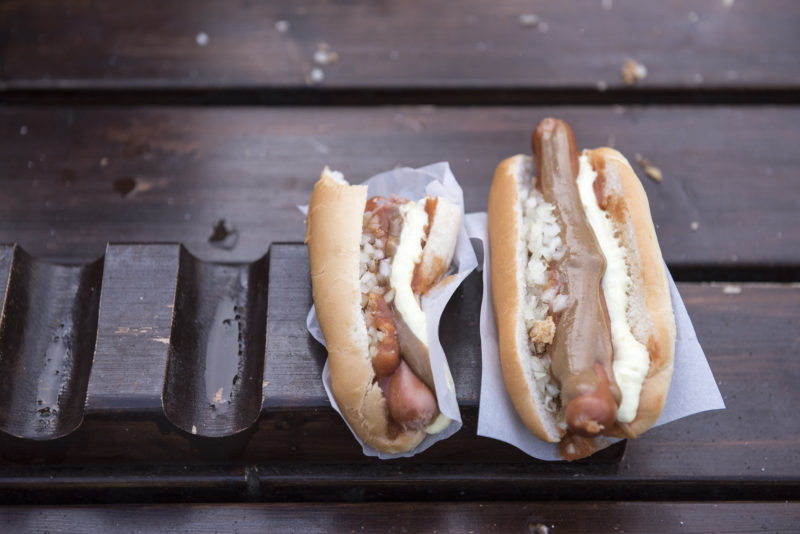 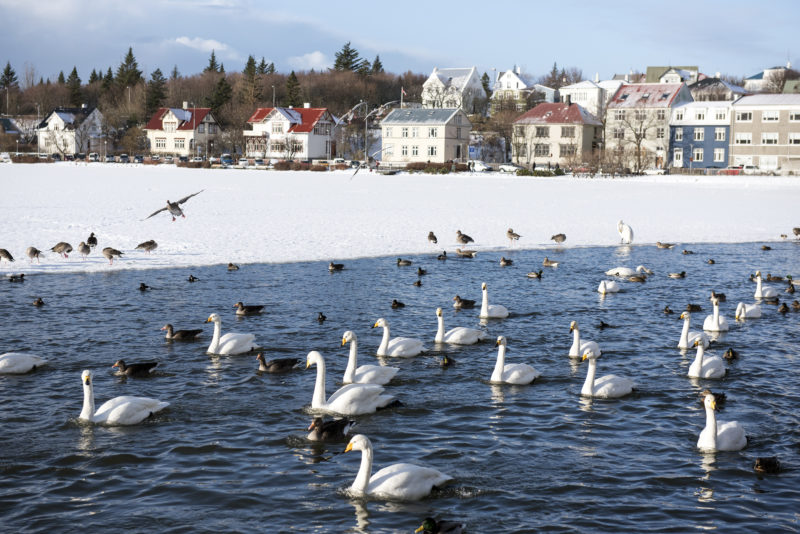