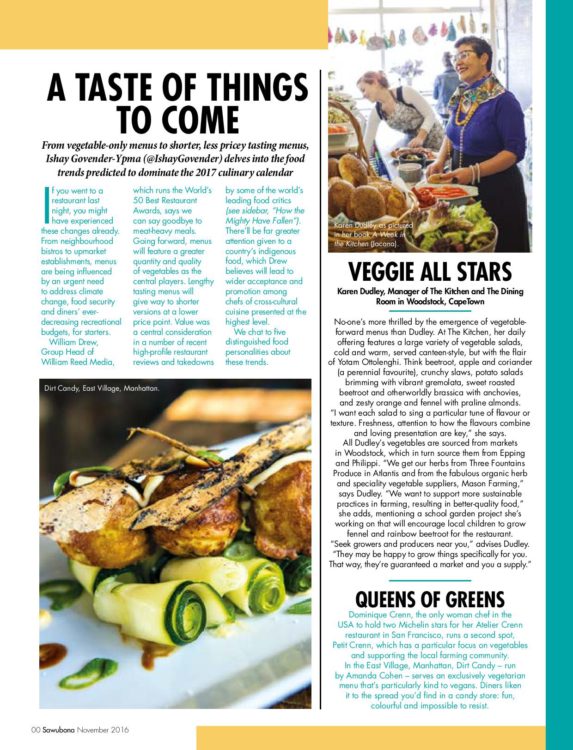 If you went out to a restaurant last night, you might have experienced these changes already. From neighbourhood bistros to upmarket establishments, menus are being influenced by an urgent need to address climate change and food security, and diners’ ever-decreasing recreational budgets, for starters. William Drew, group head of William Reed Media that runs The World’s 50 Best Restaurant Awards, gave me his predictions for food trends and dining, when we chatted in New York in June this year. Say goodbye to solely meat-heavy meals, he says. Going forward, menus will embrace a greater quantity and quality of vegetables as the central players. Lengthy tasting menus will give way to shorter versions at a lower price point. Value has become a central theme to a number of recent high-profile restaurant reviews and takedowns by some of the world’s leading food critics (see: How The Mighty Have Fallen). There will be far greater attention given to a country’s indigenous food, and this, Drew says, should lead to a wider acceptance and promotion between chefs of cross-cultural cuisine presented at the highest level. We chat to five distinguished food personalities to take us through these trends. 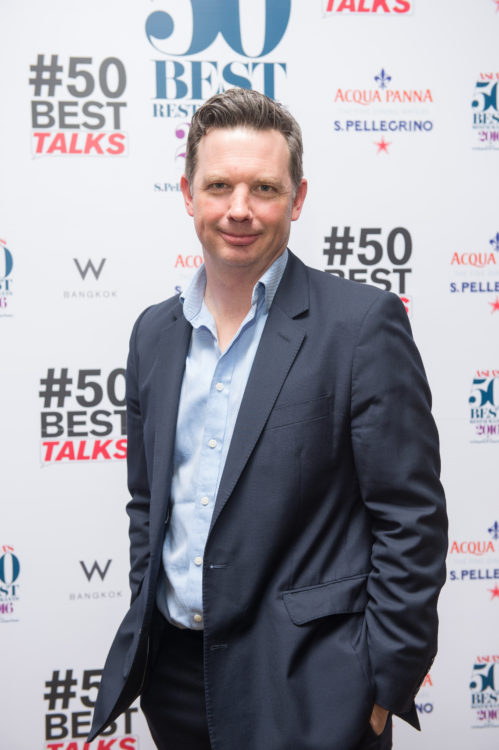 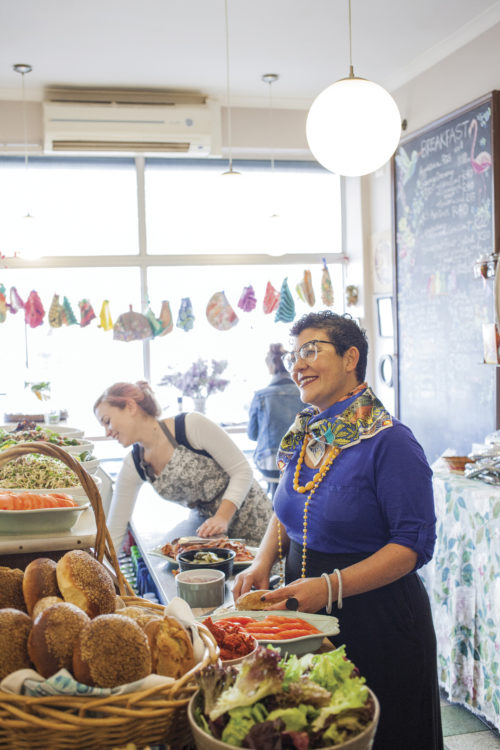 Karen Dudley – from a Week in the Kitchen

In Cape Town, no one is more thrilled by the emergence of vegetable-forward menus than chef-owner Karen Dudley who runs The Kitchen and The Dining Room in Woodstock. At The Kitchen, her daily offering features a large variety of vegetable salads, cold and warm, served canteen style, but with the flair of Yotam Ottolenghi. Think beetroot, apple and coriander (a perennial favourite), crunchy slaws, potato salads brimming with vibrant gremolata, sweet roasted beetroot and otherworldly brassica with anchovies, and zesty orange and fennel with praline almonds.

”I want each salad to sing a particular tune of flavour or texture. Freshness, attention to how the flavours combine, and loving presentation are key,” she says. All Dudley’s vegetables are sourced from markets in Woodstock, who in turn source from Epping and Phillipi. “We get our herbs from Three Fountains Produce in Atlantis and from the fabulous organic herb and speciality vegetable suppliers, Mason Farming,” Dudley says. “We want to support more sustainable practices in farming, resulting in better quality food,” she adds, mentioning a school garden project close to the restaurant that she’s working on, that will encourage local children to grow fennel and rainbow beetroot for the restaurant. “Seek out growers and producers closest to you,“ Dudley says, ”They may be happy to grow things specifically for you too. That way they are guaranteed a market and you a supply.”

ALL ABOUT THE VEGETABLES 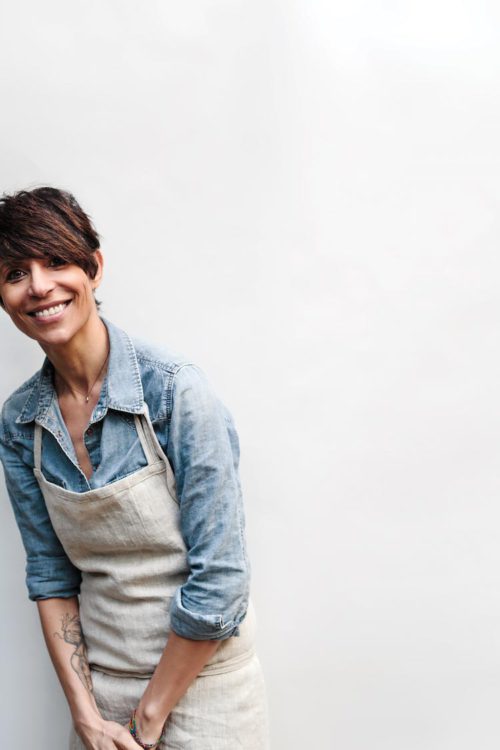 Dominique Crenn, the only woman chef in the U.S to hold two Michelin stars for her Atelier Crenn restaurant in San Francisco, runs a second spot, Petit Crenn that has a particular focus on vegetables and supporting the local farming community. In the East Village, Manhattan, Dirt Candy run by Amanda Cohen serves an exclusively vegetarian menu that is particularly kind to vegans. Diners, including myself, liken the menu to the spread you’ll find in a candy store – fun, colourful and impossible to resist. 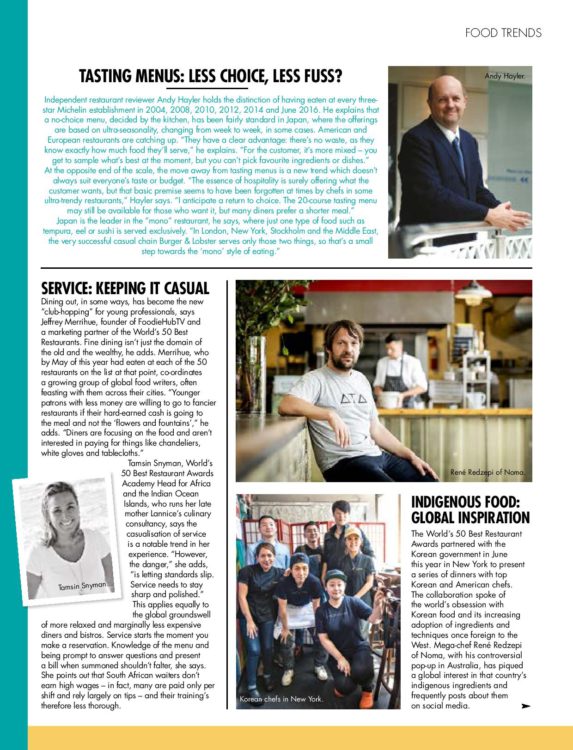 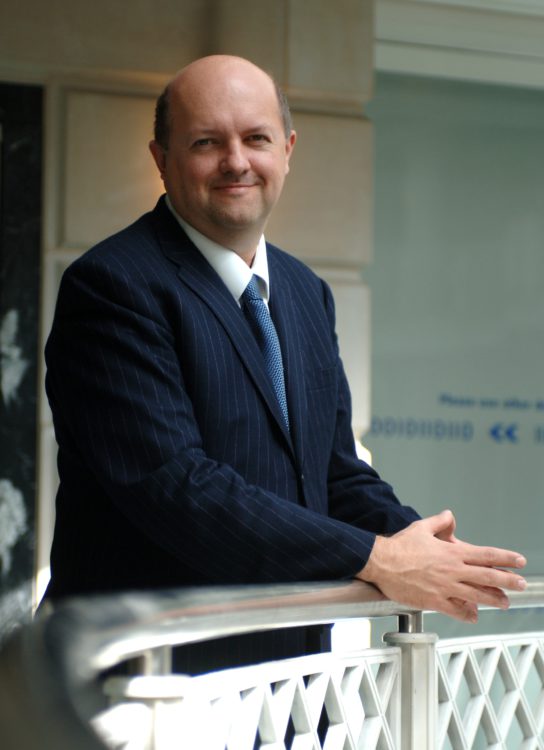 Independent restaurant reviewer Andy Hayler holds the distinction of eating at every three-star Michelin establishment in 2004, and again in 2008, 2010, 2012, 2014 and up until June 2016. The number of Michelin-starred restaurants around the world is in a state of flux and Hayler refers his pursuit as “moving target”. Hayler explains that the no-choice menu, decided by the kitchen, has been fairly standard in Japan, where the menus revolve on ultra-seasonality, changing from week to week in some cases. American and European restaurants are catching up. “There is a clear advantage to the restaurant: there is no waste, as they know exactly how much food they will serve,” he explains. “For the customer, it is more mixed – you get to sample what is best at the moment, but you have no chance to pick favourite ingredients or dishes.” On the opposite end of the scale, there’s a trend moving away from tasting menus, which don’t always suit everyone’s taste and budget. “The essence of hospitality is surely offering what the customer wants, and that basic premise seems to have been forgotten at times by some chefs in ultra-trendy restaurants,” Hayler says. The 20-course tasting menu is slowly giving way to choice. “I anticipate more places returning to a choice – the tasting menu may still be available for those that want it, but for many diners, they would prefer a shorter meal.” Japan is the leader in the “mono” restaurant, Hayler says, where just one type of food such as tempura, eel or sushi, is served exclusively. “In London [edit: it’s also in New York, Stockholm and the Middle East] the very successful casual chain Burger & Lobster serves only those two things, so that is a small step towards the “mono” style of eating,” he adds.

Dinning out, in some ways, has become the new “club-hopping” for young professionals, says Jeffrey Merrihue, founder of FoodieHubTV and a marketing partner of the World’s 50 Best Restaurants. Fine dining is not just the domain of the old and the wealthy, he adds. Merrihue, who in May of this year had eaten at every one of the 50 restaurants on the list at that point, coordinates a growing group of global food writers, often feasting with them across their cities. “Younger patrons with less money are willing to go to fancier restaurants if their hard-earned cash is going to the food and not the ‘flowers and fountains’”, he adds. “Diners are focussing on the food and are not interested in paying for things like chandeliers and tablecloths,” he says about the disappearance of the “white tablecloth and gloved wait staff” approach to service. Tamsin Snyman, World’s 50 Best Restaurant Awards academy head for Africa and the Indian Ocean Islands, who runs her late mother Lannice Snyman’s culinary consultancy, says the casualisation of service is a notable trend in her experience. “But the danger,” she adds, “is letting standards slip. Service needs to stay sharp and polished.” This applies equally to the global groundswell of more relaxed and marginally less expensive diners and bistros. Service starts the moment you make a reservation. Knowledge of the menu and being prompt to answer questions and present a bill when summoned must not falter, she adds. South African wait staff do not earn a good wage and it’s hardly seen as a profession with service training correspondingly less thorough, Snyman observes. On the contrary, Merrihue says being “over-serviced” is off-putting. Still, he adds, casual service shouldn’t mean a dip in the standards of cooking and technique. 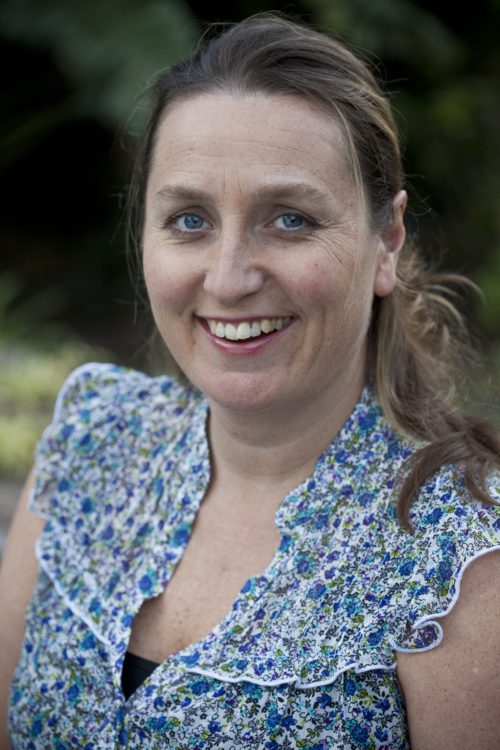 The World’s 50 Best Restaurant Awards partnered with the Korean government in June this year in New York to present a series of dinners with top Korean and American chefs. The collaboration spoke of the world’s outright obsession with Korean food, and it’s increasing ease with ingredients and techniques once foreign to the west. Mega chefs like Noma’s Rene Redzepi with his pop-up in Australia, though controversial, have piqued a global interest in Australian indigenous ingredients that he posts about frequently on social media. In South Africa, chef Shaun Schoeman of Fyndraai restaurant at Solms Delta, is one of a handful of voices versed in indigenous cuisine. Open any South African menu across the land, and apart from a rare mention of “Malay spices”, “Durban curry heat” or the ubiquitous “pap and wors”, little has been done to promote local food consistently and in an integrated fashion. Schoeman, a descendant of the Khoi people, enjoys the challenge of educating South Africans about “the richness and authenticity of my cooking culture”. Classically trained, his own journey with the food and heritage of his people began only in 2008 at Fyndraai, inspired by the food historian Renata Coetzee. “Fyndraai’s food is a mirror reflection of my roots,” he says. “I try to create meals with pre-colonial elements which are grown on the estate such as kei apple, num nums and wild asparagus. These were forgotten over the years.” Sourcing the seeds and elevating the soil to a condition where it can sustain these plants has been difficult, he adds. While Schoeman would like local chefs to incorporate these ingredients too, there has to be a corresponding knowledge tied to it. “Certain species are not edible and some not suitable to serve at all,” he explains. Citrus buchu has proven to be a star ingredient in his repertoire, appearing in sweet and savoury dishes. Like the Korean government has done to promote food as part of its global pop culture sweep, Schoeman hopes for some involvement from the South African side. “Government must contribute to sustainable pre-colonial culinary development and to enhance job creation by protecting and developing our culinary arts, he says. 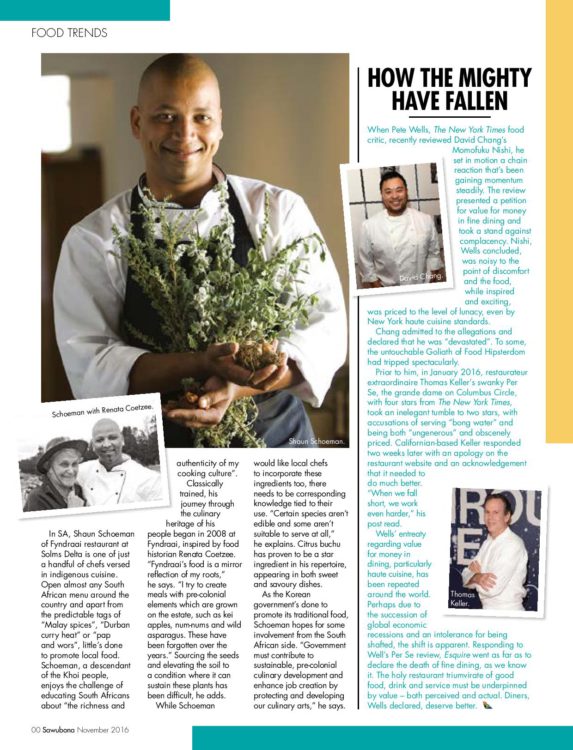 HOW THE MIGHTY HAVE FALLEN

When Pete Wells, the food critic of the New York Times recently reviewed David Chang’s Momofuku Nishi, he set in motion a chain reaction that has been building for years. The review presented a petition for value-for-money in fine dining and a stand against complacency. Nishi, Wells concluded, is noisy to the point of discomfort, and the food, while inspired and exciting, was priced to the level of lunacy, even by New York fine dining standards. Chang admitted to the issues and declared that he was “devastated” The untouchable Goliath of Food Hipsterdom had tripped spectacularly. And prior to him, in January 2016, restaurateur extraordinaire, Thomas Keller’s swanky Per Se, the grand dame on Columbus Circle, with 4 stars from The Times, took a inelegant tumble to two stars, with accusations of serving “bong water”, being “ungenerous” and obscenely priced. Keller, who is California based, replied two weeks later with an apology on the restaurant website to guests, with an admission that they needed to do much better. “When we fall short, we work even harder,” his letter read. Wells’ entreaty regarding value for money in dining, particular in fine dining at this level, are not new points of discussion in recent years. Perhaps due to the succession of economic recessions, and an intolerance for being shafted, the shift is apparent. As a response to Well’s Per Se review, Esquire went as far as to declare the death of fine dining, as we know it. The holy restaurant triumvirate of good food, drink and service must be underpinned by value – both perceived and actual. Nishi and Per Se, Wells declared, presented a rip off – the anodyne doled out for a sum of money akin to a gut-punch. Diners, he implored, deserve better.