We’ve got our eye on the following 8 regions for delicious plates of local fare. Some of it can be found at fine dining and award winning restaurants, innovative and crafty markets, and at bustling curb-sides with queues that stretch for blocks. From spiced pigeon pie to bean stews with whelks, jus–dunked sandwiches, wonky heirloom veggies and pyramids of citrus fruits, it’s the return of simplicity in 2015.

While tagines serve to define Moroccan cuisine for foreigners, there’s a complexity bequeathed by the diverse landscapes. Situated in the Middle Atlas, Fez offers laid-back charm. At the daily souks, buy breakfasts of warm harcha (semolina) bread and buttery meloui flat breads . Sample dried meats, wild honeys, dates, olives and triangular pastries called briwats on a food tour. At a cooking class, learn how to make the classics like b’stilla – a spiced pigeon pie (fillings can vary) sprinkled with confectioner’s sugar that you bake in a communal oven. An hour outside Fez, you can visit Ribat El-Kheir, where women hand-roll couscous. Musts include the ever-popular Clock Café for casual camel burgers or Riad Norma for superb home cooking

With foreign relations between the U.S and Cuba in better shape, leisure travel is bound to boom. Cuban black beans and rice dish (Moors and Christians) reflects the population’s Afro-Spanish origins, but many other cultures influence the culinary landscape. Cassava, plantains and beans constitute daily staples. Mojo sauce, made from olive oil, garlic, lime and cumin is used to baste meats before grilling. State-run restaurants tend to be dire, but with the recent move of some into the private sphere look out for: boliche (stuffed roast beef), tostones (fried plantain), arroz con pollo (rice and chicken casserole) and pastelitos (puff pastry pies filled with cream cheese and guava paste, for example).

A good start would be the city’s oldest market, Harbourside, for a browse and a flat white. Neighboring Aus. may be reigning barista king, but the Kiwis make good brew too. Speaking of which, half the country’s best craft breweries are to be found here – Malthouse, being a stalwart.  Try to get an invite to a private Maori hangi – a day event where food is cooked in an underground oven. ‘Kiwiana’ cuisine includes meat pies, stuffed lamb, fish and chips and pavlova. Because of its location, Pacific Rim nosh is easily found here, and makes for delicious mash-ups. Logan Brown is a local favourite, offering low-key fine dining and outstanding high teas.

While the Alentejo region is known as the breadbasket of Portugal, the Algarve’s food rep has suffered for its popularity as a beachy tourist-hive. Regardless, it’s still a perfect location to enjoy Portuguese seafood delights. Fishermen deliver their catch to the markets daily. Paired with crisp vinho verde wine, look out for fresh grilled line fish (sardines being the ultimate), bean stew with whelks (feijoada de buzinas), clams with pork and mixed seafood cooked in traditional vessels. Portugal is renowned for its sweet egg-based desserts. In the Algarve look out for angel-hair Dom Rodrigos and the dainty Morgadinhos de Amendoa (marzipan cakes). No less than 6 Michelin starred restaurants can be found, more than any other Portuguese region.

No longer a ‘secret gem’ Ljubljana, capital city of Slovenia in Central Europe is firmly on the foodie map. In this fairytale-pretty city expect to find the standard fare of laborers: slow-cooked meat, sautéed potatoes, cabbage – warming, comfort food. For local eats, head to a gostilna (a simple restaurant) for bograč, a robust goulash and salads dressed with pumpkin The cakes, in typical Baltic style mean business – take the Slovenin gibanica with it layers of poppy seeds, apple, curd and walnut cream. oil. Pivo (beer) will cool you down and fruity blueberry schnapps will warm you right up.

Chennai, formerly Madras, the capital of Tamil Nadu, retains a down-to-earth appeal. Satisfying vegetarian meals include the must-try thalis – small metal bowls with spoonfuls of chutneys and curries served on banana leaves. Steamed fermented rice flour cakes (idli) and sambar – a spicy gruel, paper-thin dosa (rice flour crêpes) served with a variety of dhals, are must-try items in the south. Kapi, or Madras coffee, served sweet and milky distinguishes Chennai from regions in the north. Join locals at snack houses called “hotels” or opt for a sophisticated thali or fiery Chettinad chicken at Rain Tree at the Taj Connemara.

Home to Grant Achatz’s Alinea and Curtis Duffy’s Grace, both Michelin three star restaurants, the general Chicago food scene is an amalgamation of fusion cuisine and pimped-up favorites. Here, the humble hot dog is steamed and given the royal treatment of toppings. Sandwiches rate highly, with Vietnamese bahn mi, dipped Italian meat rolls and burgers in dizzying options. If it can be dipped in jus or sauce all the better. The city’s tacos, carnitas and fried chicken claim loyalty points, and the deep-pan pizza and its spin-off: the pizza pot pie, are reasons to visit. Perhaps the best indication of the food scene can be found in the small-scale heirloom produce at the markets, and the communal tables of hugely popular Fat Rice that serves Euro-Asian comfort food.

The food of Sicily is deeply traditional and while not unknown, it’s time for a revisit. Cannolis, arancini (fried rice balls with assorted fillings) and granita are comfortable on menus worldwide, but this is only the tip of the iceberg. At the core, it’s about simplicity. Take the chickpea fritter rolls (pane e pannelle), hearty fava bean maccu soup or grilled lamb’s intestines filled with onions, cheese and parsley (stigghiola).  The climate renders fresh seafood, eggplant, tomatoes, olives, citrus and grapes, in abundance. Do not miss the markets for piles of oranges in dazzling varieties: try La Vucciria market. For elegant traditional food, visit Restaurant Cin Cin.

What are your top picks for food destinations that will catch our attention this year? 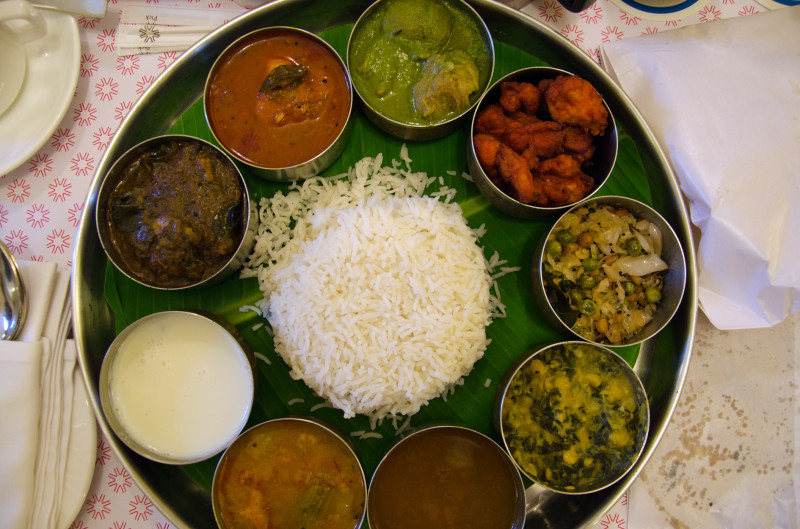