Durban – My Kind of City

Durban – My Kind of City 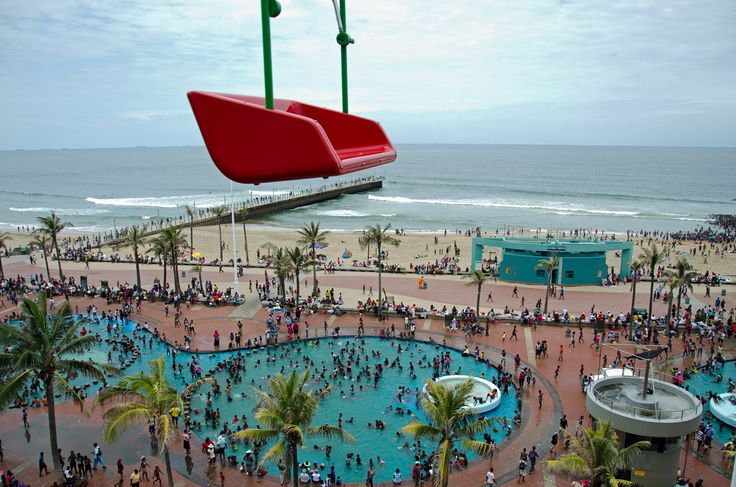 Durban by the sea – a short guide for The National UAE.

Durban, with its palm trees and banana plantations within the Kingdom of the Zulu along the east coast of South Africa, is often overlooked in favour of glamourous cousin Cape Town. But that’s changing, and with good reason too. While the two cities are worlds (and oceans) apart, Durban manifests a rugged and down-to-earth charm. Perennial subtropical temperatures and the warm Indian Ocean make it welcoming to surfers who can forgo the wetsuit here. Families and couples seeking adventure combined with a peaceful hideaway need look no further than this, the province’s largest city. The beaches stretch in a seemingly endless curve and there’s something for everyone.

Durban’s architecture is a mix of Victorian, Art Deco, colonial homesteads and skyscrapers, some worse for wear. In between you’ll find a mix of old-fashioned general stores and modern cafés, sprawling markets, soothing parks and a thicket of mangroves.

The city is home to the largest number of Indian descendants outside India – most have ancestors who arrived here to work as indentured labourers on the British-run sugar cane fields in the 19th century. As a result, they’ve greatly influenced the city’s cultural fabric – expect to find visible examples in the temples, masala-coated pineapple sticks at the beaches and the traditional spice and sari shops around town. 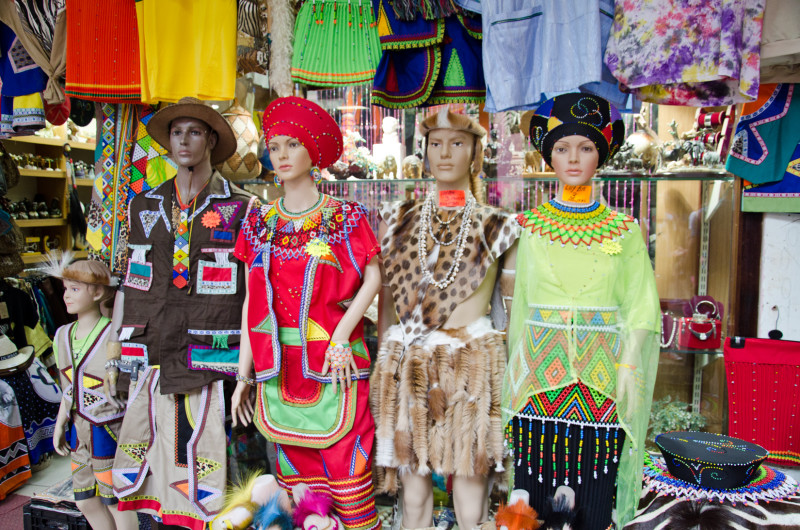 For a luxurious splurge at arguably Durban’s best address, venture to the Oyster Box (www.oysterboxhotel.com, 0027 31 5145 000), in the plush suburb of Umhlanga. A refurbished hotel that first opened in 1947, it overlooks the iconic red-and-white striped lighthouse and hosts lavish high teas and an exceptional curry buffet. Doubles from R5746 (Dh1801).

It’s lost a little of its gleam now, but the Southern Sun Elangeni Hotel (www.tsogosunhotels.com/hotels/elangeni-and-maharani, 0027 31 362 1300) or its more upmarket sister property, the Maharani next door) still occupies prime position across the beach on the Golden Mile. It’s home to many conference delegates all year round, because of its ideal central location. Doubles from R2200 (Dh689)

The Concierge Boutique Bungalows (www.the-concierge.co.za, 0027 31 309 4434) in Greyville are compact in size but high in style and quirky design aesthetic. Book a room with a verandah, which you’ll need especially in summer. Freedom Café, known for its fabulous breakfasts and freshly pressed juices forms part of the property. Doubles from R895 (Dh281) 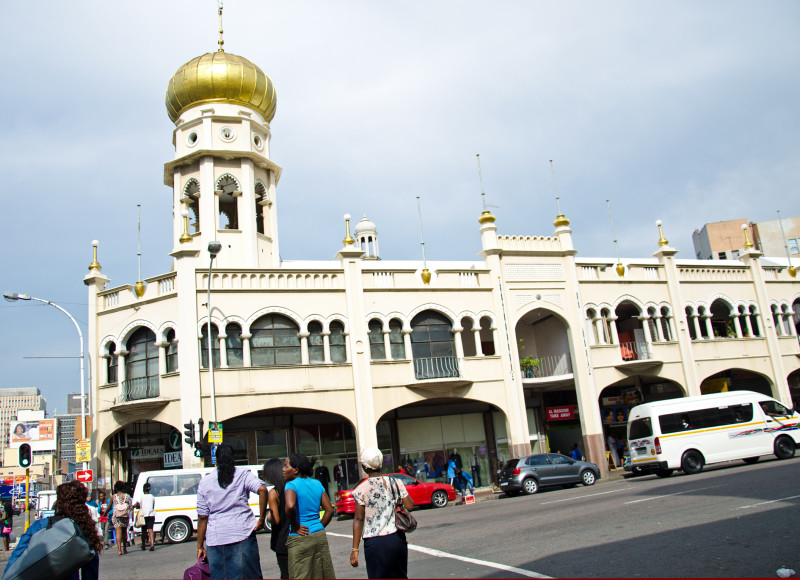 Start your Durban exploration by taking in a full 360 degree view of the city from the sky car [www.mmstadium.com/attractions/skycar/, R55 pp (Dh17)] at the striking Moses Mabhida stadium that traverses the 106 metres to the top of the arch. Adrenalin seekers can partake in a steep 500-step adventure walk with the option to free-swing into the stadium bowl once you’ve reached the 70 meter mark.

Explore Durban’s beachfront by walking, biking or skating along the promenade, where you’ll find pineapple and pickle vendors and plenty of ice cream stops. Flea markets with Ndebele-themed curios, amusement rides and uShaka Marine World, an oceanarium and water park (www.ushakamarineworld.co.za/, from R199 (Dh62) are must-stop attractions here. Zulu rickshaw-bearers wear colourful dress and pull tourists along the esplanade for a small fee. 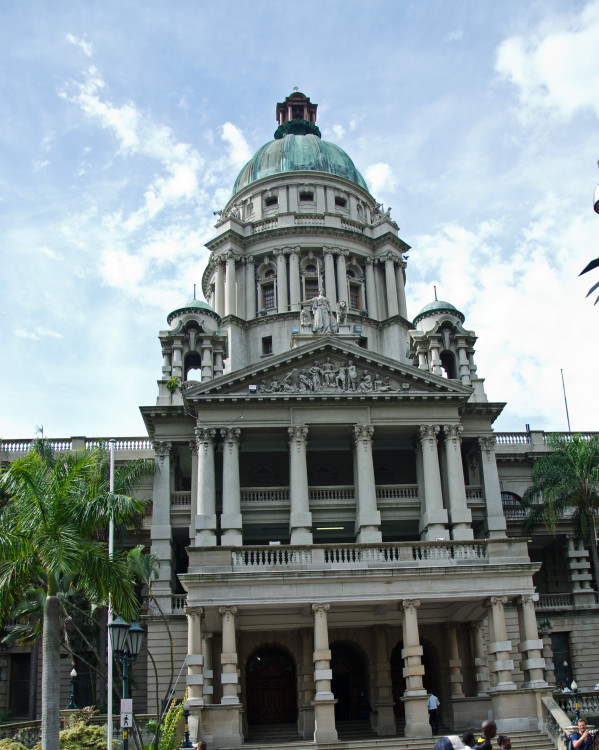 Your first port of call would be the shoreline, as Durban and its string of beaches are synonymous. Chat with the anglers along the pier, the vendors along the promenade and learn to surf (www.learn2surf.co.za/surfschools_durban/, R200 for one hour (Dh620)] in the bath-warm water.

Explore the city centre and surrounding buildings like the City Hall or visit a local township with an experienced guide [www.streetscene.co.za, tours from R440 pp (Dh1380)] 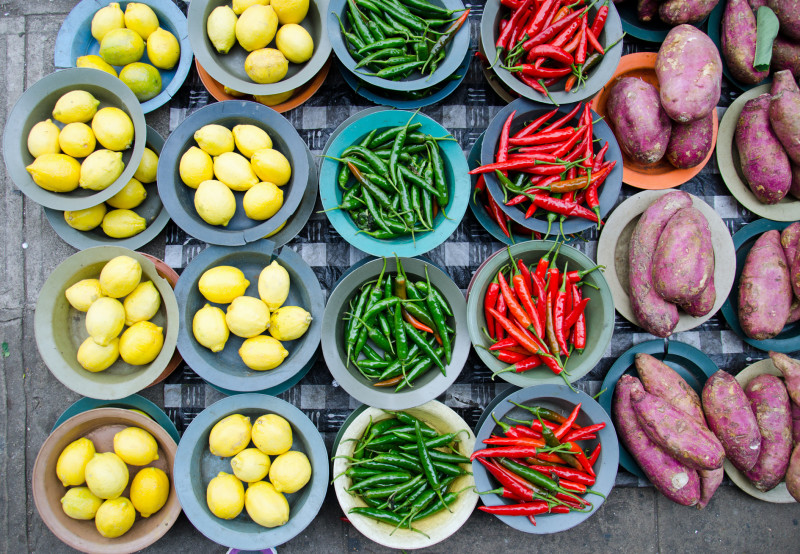 An excellent way to experience local culture is to shop at the markets. The spice markets in Victoria Street sell intriguing and often wittily named blends like ’mother-in-law’s revenge’ masala. The vegetable, bovine and medicinal (“muti”) markets are close together too and you can access them at the Warwick Junction area. Around 8000 vendors trade at the surrounding nine markets daily. It’s best to do a guided walking tour of the area, and remember that many vendors at the medicinal market don’t like having their photo taken [www.marketsofwarwick.co.z, R100 pp (Dh31)

Abandon the throngs at the beaches along the promenade and catch some rays between the Country Club and Blue Lagoon stretch for some peace and quiet.

Be hyper vigilant about safety (even locals are) – don’t drive with car windows open in the city centre, keep your belongings stowed in the car boot or hotel room safe and don’t carry around flashy cameras and expensive jewellery. It’s not advisable to walk along the beaches alone after dark.

Ethiad airways (www.etihad.com, co-sharing with South African airways) has daily flights from Abu Dhabi to Durban, with a stop in Johannesburg. Return flights from R17389 (Dh 5465)