A New Way for Blacks to Travel in Africa

Parties with locals on a luxe rooftop in Accra, a fashion show in Nairobi and a rap concert in Marrakesh, learning a traditional recipe from your friend’s grandmother in Dakar. Ishay Govender-Ypma looks at a new breed of group tours, a new way for Blacks to Travel in Africa and beyond. For Mail&Guardian, 29 May 2015. 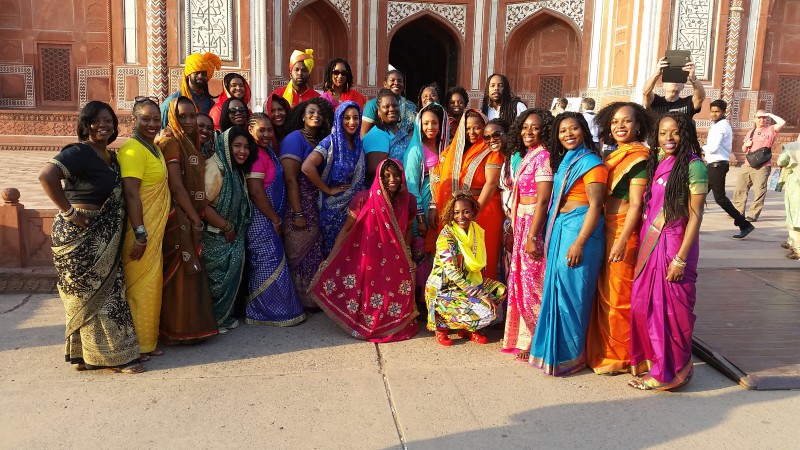 For Christin “Cici” Battle, a professor of leadership development and English at SENA, a school in Santiago de Cali, Colombia, travel must include two components: an opportunity to explore the real culture of a country, and to interact with locals. “I am not really into all-inclusive vacations,” she says.

A trip with Tastemakers Africa to Ghana in December 2014, served up this specific dose of insider insight, interaction and exclusivity that Millennials and Generation X travellers like Battle are after. “For the trip to Ghana, the Tastemakers team created a packed agenda that covered the best Accra had to offer,” Battle explains, stating that despite being an experienced traveller, she would have struggled to create a similar itinerary on her own.

Tastemakers’ CEO and founder Cherae Robinson was named one of 10 “women to watch” by the U.N Foundation for her work in expanding and facilitating tourism to Africa, is working to change outsider perceptions of what makes Africa tick. “The number one thing is to turn the page on misconceptions and [have Africans] own the African story,” she says. For Cherae, who is of African-American descent, this means investing in promoting outstanding creatives, holding specific industries accountable when they operate from a point of profit without contributing to local economies, and getting in front of news stories “before the fires are flamed by out-of-touch international coverage”. It’s a complicated task, one that African tourism bodies and private companies have been trying to accomplish, some with slow but growing successes, for decades. 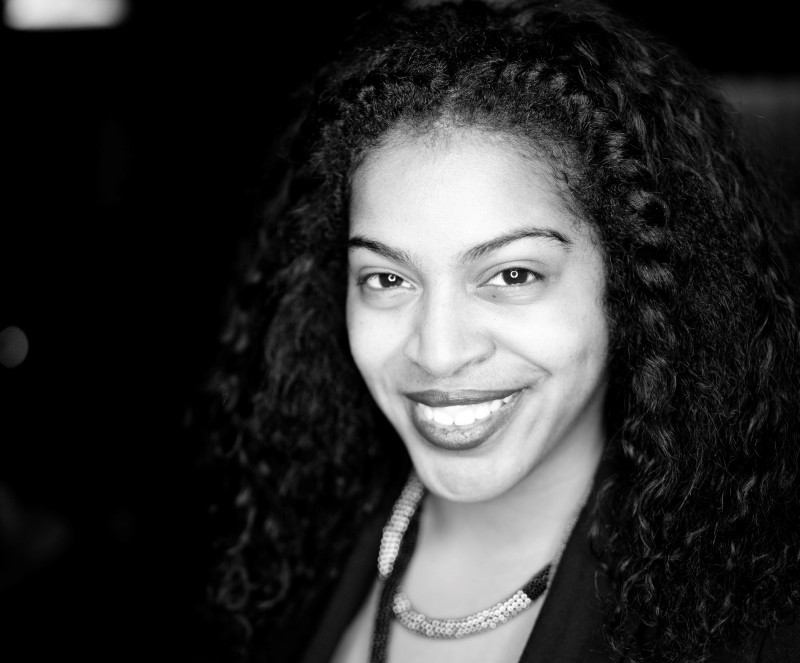 Tastemakers’ roots lie in Rare Customs, an award-winning project Robinson started in 2014 to bridge the gap between foreign investors and SMEs interested in three key growth areas for Africa: investment in agriculture, market entry, and tourism.

Cherae first travelled to Africa in 2009, to Sierra Leone, working with micro finance groups run by women. “I was so moved by the resilience of people after such a traumatic period,” she says referencing the brutal 11-year civil war that ended in 2002. Subsequently, Cherae travelled to South Africa, Nigeria, Kenya, Zimbabwe, Ethiopia, Equatorial Guinea, Morocco, Lesotho, Ghana and Senegal.

“I discovered very distinct cultures of each place in both the traditional and contemporary sense.” Working in agriculture during this time with a focus on public-private partnership, Cherae was experiencing a crisscross between urban and rural life in Africa. By day she was talking to farmers about micro finance, walking with livestock in fields, by night she was meeting young creatives and influencers at champagne parties on rooftop bars.

And when Cherae posted pictures on social media channels, she was met with incredulity from her friends and family. “People would constantly say:”Take me to Africa with you,” she says.

In Nairobi, Cherae was introduced to Jeffrey Kimathi of Jamhuri Wear, award-winning filmmaker Wanuri Kahiu, and Zambian-born, former MTV Base producer Cathy Phiri. “They were stylish, smart, driven and unlike anyone I saw in media depictions of Africa at the time, four years ago. They gave me an insider’s experience in Nairobi.”

While this statement represents a skewed perception of Africa, one that popular media platforms like Africa is a Country go to lengths to dissect and vilify, there remains a latent truth here. Potential travellers are not always equipped with an informed understanding of what the African continent embodies.

The access Cherae enjoyed planted a seed in her entrepreneurial mind about offering highly curated tours that combine local insight and ingress on a more intimate level, with a luxury traveller in mind. “I consistently saw beauty and opportunity. I looked at [African] tourism as an industry with great potential, underdeveloped but a gateway to investment and growth.”

A New Brand of Tour

Essentially, Tastemakers Africa is an experiential group tour service that utilises the convenience of technology (a start-up that understands the future is mobile, according to a recent Skift report) with the aim of eradicating entrenched misconceptions about travel in Africa. It isn’t the first of its kind –The Nomadness tribe of travellers, over 9000 strong, have been travelling in groups since 2011 to destinations and iconic events from the Holi festival in India to running with the bulls in Pamplona. Founded by New Yorker Evita Robinson in 2011, Nomadness makes use of a large network in each destination they visit and caters to the needs and desires of the group, over and above trends in travel. 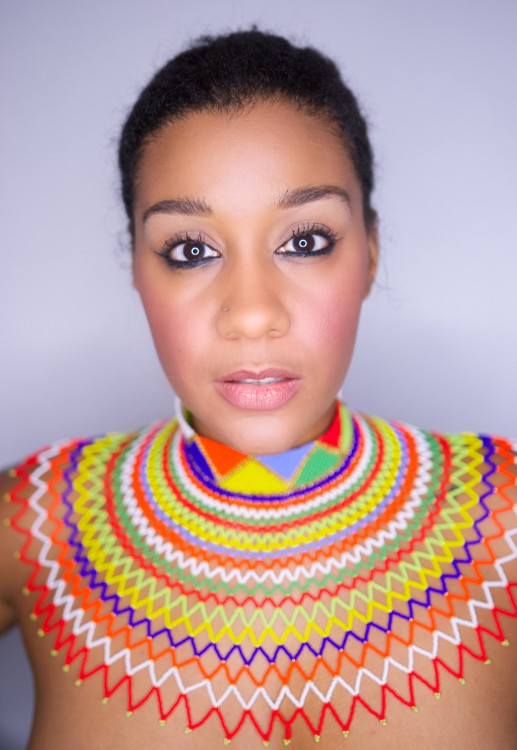 “I gravitate towards experiences that break the stereotype of where black people ‘like’ to travel, giving a more well-rounded example of who we are,” explains Evita, outlining that the group demographics consists of 80 percent female and 80 percent African-American members, but all are welcome to join.

To offer value, a tour package needs to be infused with innovation and technology that can break down deterrents like issues around perception, affordability, and accessibility, Cherae explains.

And this is where Tastemakers Africa, a mobile app (still in beta phase at the time of writing), and content platform comes in. “It’s like Groupon meets Afar Magazine meets the coolest person in Lagos,” Cherae explains.

When asked why travellers to urban Africa would consider a group tour at all, considering the current accessibility of information, existing tour offerings and social media connectivity, which Millennials (Tastemakers’ target group) understand better than any other market, Cherae says: “It’s a combination of wanting access to insider experiences and still having a “fear of Africa” as a destination. We provide safety in a really cool package.”

Tastemakers, like Nomadness takes travellers beyond the well-worn path of safaris and bush excursions that Africa remains known best for.

“People always want to be a part of something bigger than themselves. It’s a natural inclination,” says Evita of her the Nomadness tribe philosophy.

Remote Year, founded by Greg Kaplan, is a group travel concept on a much larger scale. The idea is to manage a group of around 100 entrepreneurs and freelancers who work remotely, travelling to 12 fixed destinations around the world (across Europe, South America and Asia), for a bi-monthly fee of $1000.

Brittany Carter, a 24-year-old New Yorker and industry analyst specialising in retail and technology, says that simply travelling to a destination is not enough, in her case. “With Remote Year I’ll continue to work, furthering my career while also building a core group of friends. Most nomads will tell you they get lonely trying to make new friends in every city. It’s wonderful to know I’ll have the same group of people traveling with me to each country,” she says.

The concept that Remote Year offers during its yearlong residence is appealing to start-ups and entrepreneurs. While it’s certain to challenge perceptions and ideas about destinations, it provides another potential advantage. “I want to start my own company someday and can’t imagine a better opportunity to fuel new ideas and connections than the group I’m going to be travelling with,” says Brittany who’s keen to forge professional contacts. 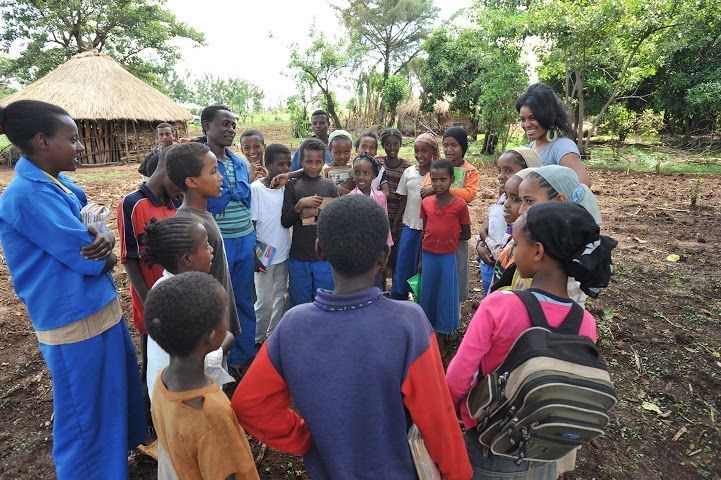 Both Tastemakers and Nomadness utilise on-the-ground networks of insiders and experts to find the elements that will make up the tour. This is what Cherae terms their “special secret sauce”. “This motley crew of influencers are not involved in the tourism industry in the traditional sense, they are cool people making things happen who understand their city’s dynamics,” she says.

While there are exclusive launches and parties that Tastemakers guests get invited to, it’s not all about VIP access, Cherae is quick to point out. For many of the African-American travellers on tour, it’s their first trip to Africa, and an effort is made to include facilitation to reconnect with their roots. “We arranged a traditional spiritual leader [to] come and do a naming ceremony for our travellers; for many of them it was an emotional experience as they were able to connect with Africa in a way they hadn’t before,” she says.

Working with regular tour operators in Africa involves a fair amount of training and un-training, explains Cherae, whose goal is to have operations based entirely on the continent, creating multiple job opportunities. “As it stands we don’t consider our staff in Africa merely local hires, they are part of the team.”

To ensure every aspect of the group tours go according to plan, a Tastemakers team member accompanies the group, as is the case with Nomadness. Having worked in development for several years means Cherae evaluates how the tours impact the environment and local communities, who if involved, she insists be paid equitably.