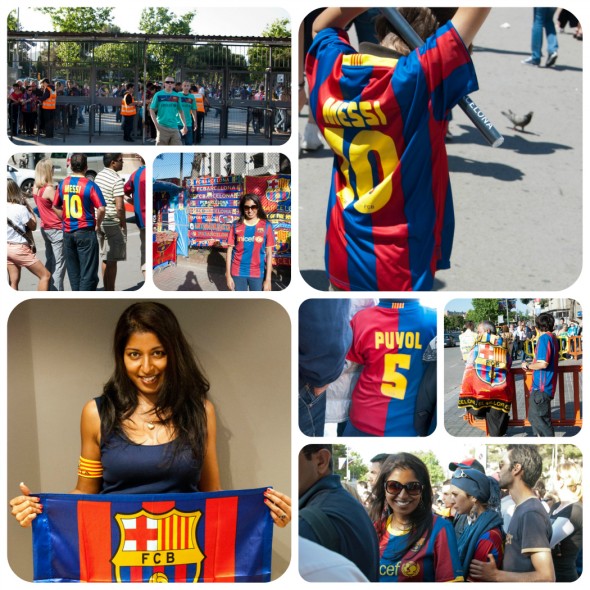 It was a mere formality with which F.C. Barcelona played Deportivo La Coruña on 15 May 2011, having earned sufficient points to win the Spanish La Liga title long before that. The essential factor was that we were at the game, having scoured for the best tickets we could get for months, without  actually having to steal two from a Soci member.

The crowds that descended  upon the majestic Camp Nou were in the highest of spirits and ready for a major party.

Prior to leaving for Europe we were warned that our prime seats were in the Barca ‘hooligan’ zone, caged off from the rest of humanity. Imagine my surprise when sitting next to us were a row of neatly dressed very old folk, unpacking fruit and sandwiches wrapped in tin foil- the grande old Soci, probably lifetime members.

Directly across from us, on the other side of the stadium sat the thugs and trouble makers, and I breathed easier!

Security into the stadium was fairly lax (no metal detectors like they are in South Africa) and this did make me a little nervous. There was notably no pushing and shoving however; though we did make a point of arriving fairly early. You know, time to buy more cheap souvenirs and sample the stadium food- hot dogs served in ciabatta style rolls were our snack of choice. 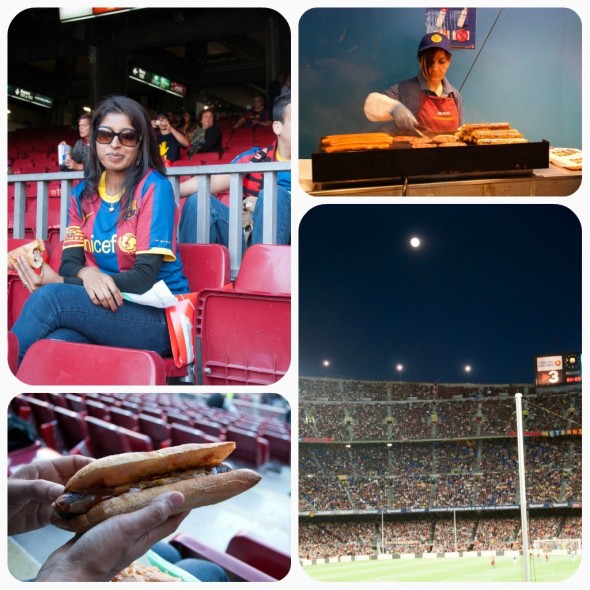 The crowd kept urging Pep to bring out our star players, all conspicuously missing and being preserved for the big upcoming game against Man United. “Messi, Messi” we chanted. But you know old Pepitos. Stubborn as a mule. 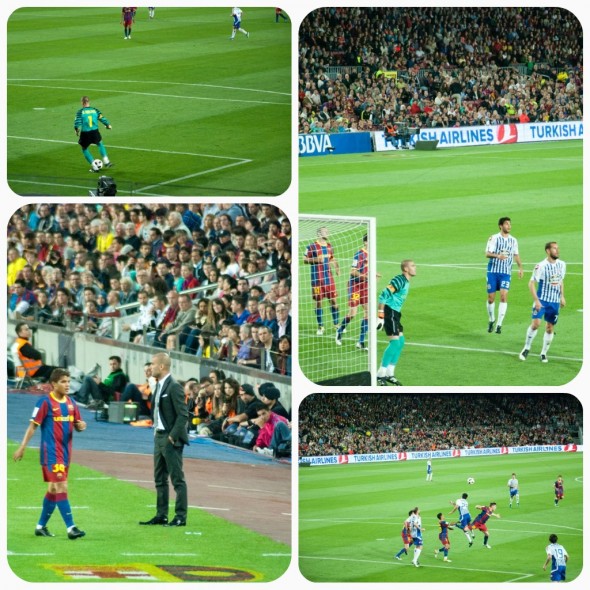 The highlight for me came at the end of the game, when out strolled one curly haired fella- after all, there can only be one to lift a trophy of such magnitude and we know, Carles Puyol is the man for such dirty work. It is with much regret that I have to report he did not remove his shirt. No sweat, no topless Puyi, I guess. 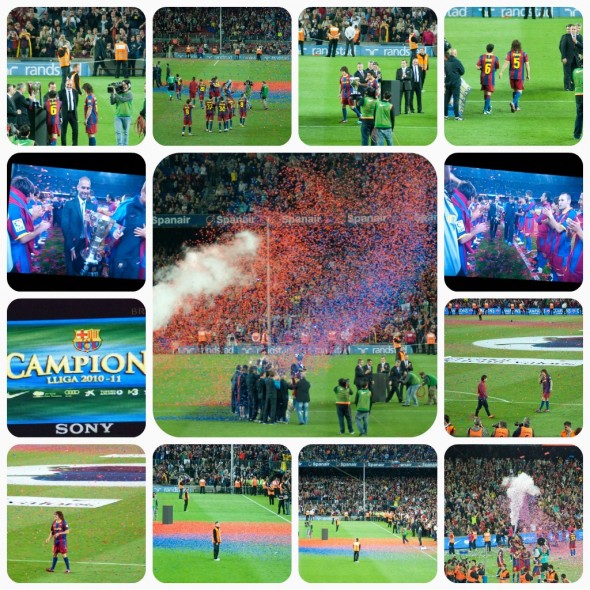 Capi, however, did partake in a game of throwing and ducking from red peppers chucked in his direction. I sat watching, mouth agape, at the child-like playfulness of the team running around the field, entertaining the crowds and the media. 16 000 peppers were procured for the celebrations, I believe. Even so, the shirt remained firmly fixed to the torso.

Oh, and the significance of the peppers- fortitude apparently. As in cojones. Got to love the ripe symbolism. Pity, red peppers do make a lovely pesto. Or soup. And they grill beautifully. But I digress.

Thereafter the lights were switched off and…no, not that. The stadium was treated to a lavish fireworks display. 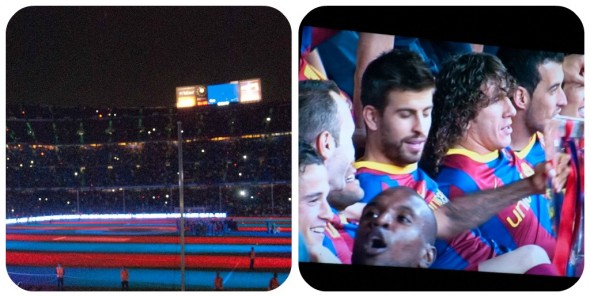 And as soon as the last sparks faded, the team and Pep and Co marched off- no more frills or fuss.

In case you were wondering the game ended on a very frustrating draw 0-0.

And so, my amazing day at Camp Nou came to a happy end, but I visited the stadium for the Camp Nou experience a day later and got to watch a young talent play at the Escola training grounds- that coming up soon! 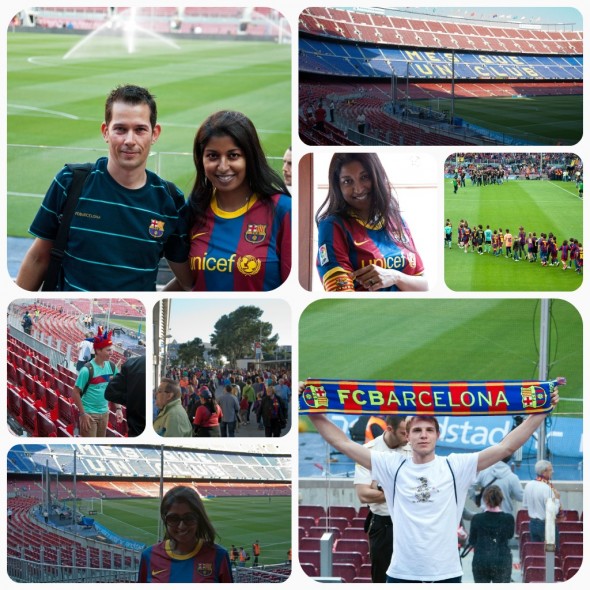 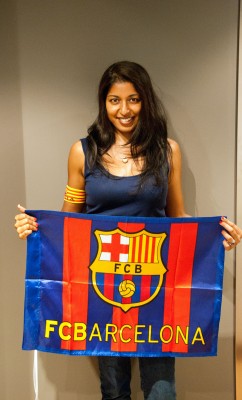